Meet Buddie: The smiling bud face, white muscle shirt marijuana mascot that is causing a lot of controversy throughout the state of Ohio. 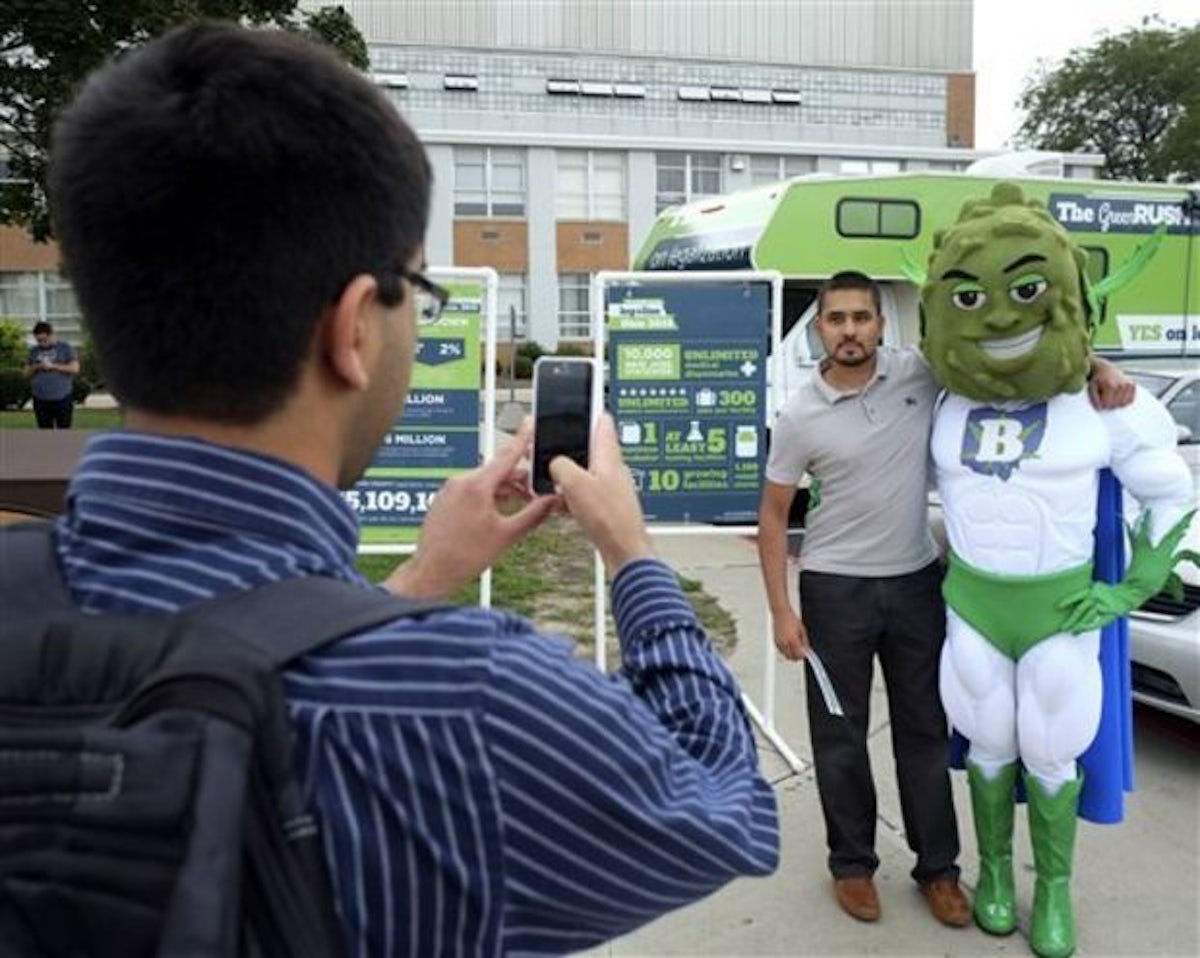 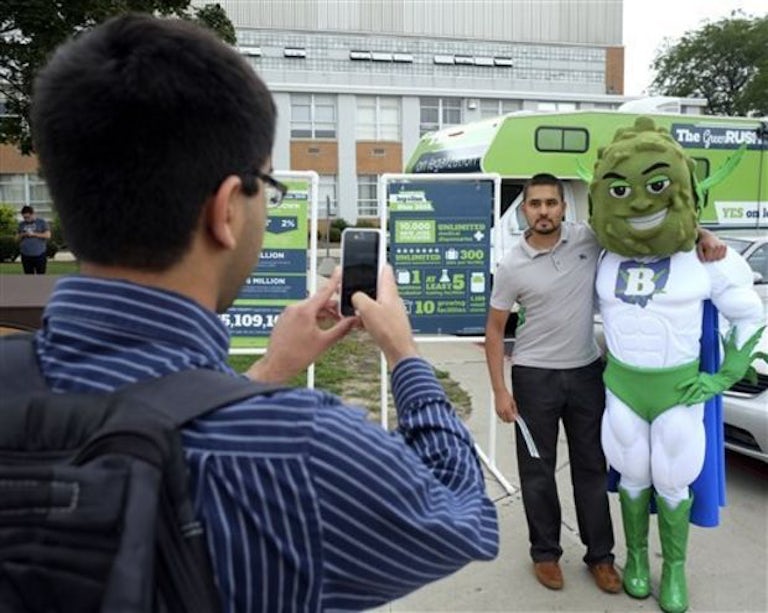 Meet “Buddie”. As you can see from the title of this article, Buddie is one of the first official marijuana mascots. As a blue caped superhero with the state outline of Ohio and a bolded “B” on his chest, Buddie is the advocating symbol for legalization in the state.

With a smiling bud face, a white muscle shirt and green boots, shorts, and gloves, Buddie arrives in a white and green truck and travels to college campuses pushing for the legalization of cannabis in the state. However, there have been several issues brought up about Buddie and the legalization campaign.

“We didn’t believe it when we saw the photos. We were pretty shocked,” stated Nick Lashutka, who is the president of the Ohio Children’s Hospitals Association which advocates against the legalization campaign. “This is nothing less than a ploy to market to children.”

Children health advocates are arguing that Buddie is nothing more than another “Joe Camel”, which was Camel’s advertising mascot for selling Camel cigarettes and proved to be extremely effective. 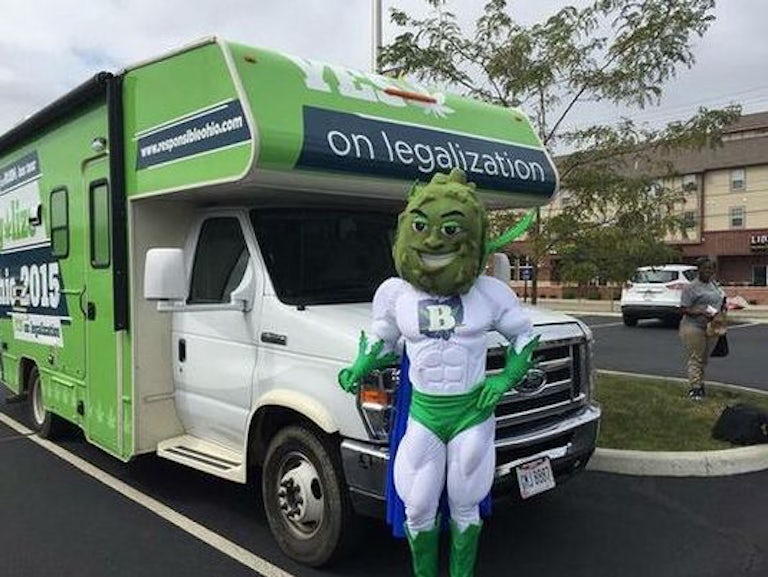 However, ResponsibleOhio argues that Buddie is nothing like Joe Camel whatsoever. Ian James, the Executive Director for ResponsibleOhio explained that the mascot is not marketing for cannabis, but instead is asking for votes towards the initiatives. In addition, they are not targeting those under the voting age.

“Buddie only addresses people that are 18 and older, and Buddie works specifically with voters,” said James. “Buddie has no connection with anybody under 18 because anybody under 18 can’t vote.”

Casey Newmeyer, an assistant marketing professor at Case Western Reserve University’s Weatherhead School of Management weighed in on the controversy:

“They need something that’s going to catch young people’s attention to come over and talk to them. Just one or two random people standing on a campus passing out fliers isn’t going to do that,” said Newmeyer.

Newmeyer had agreed with the view that a superhero advocating marijuana legalization is “towing the line.” However, Newmeyer also agreed with the fact that Buddie is not another Joe Camel.

“He’s not on billboards, he’s not on clothing, he’s not available for children to see,” Newmeyer stated. “They’re not marketing him to the masses.”

As the push for legalization in Ohio goes on, we will be following Buddie’s journey closely and see what happens as the controversy continues.

(Images courtesy of NOLA and ResponsibleOhio)

Enjoy the latest and greatest from Herb, enter your email below to get exciting cannabis updates delivered to your inbox.
September 10, 2015 — Last Updated
Written by HERB