During the Late Show with Stephen Colbert, Whoopi Goldberg discussed the current issues surrounding painful periods, and what she’s doing to help. 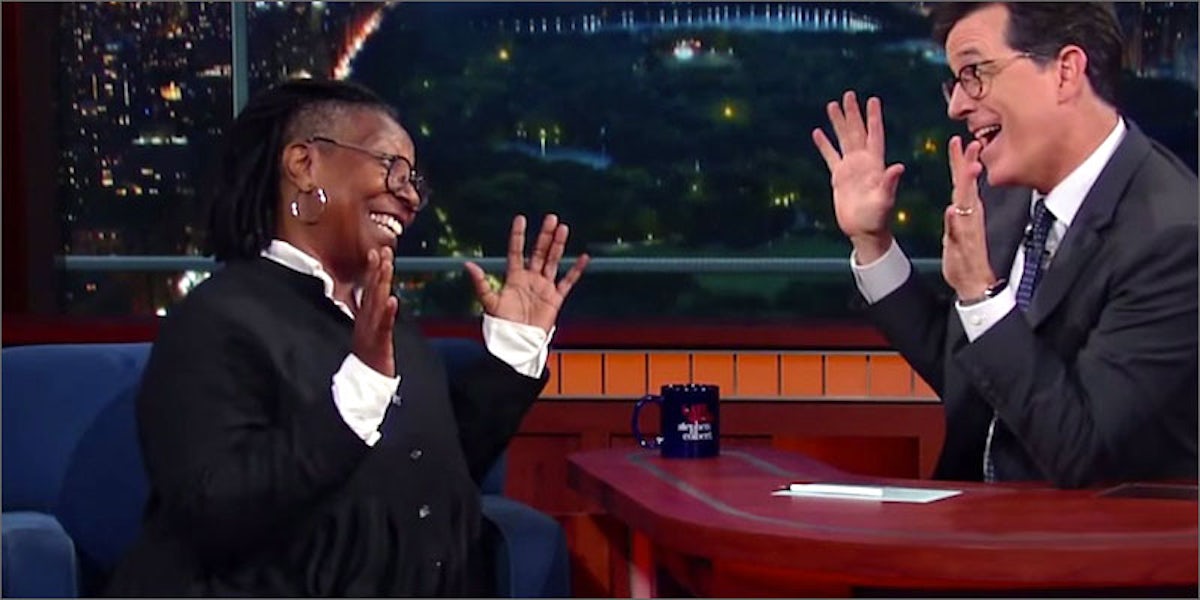 Whoopi Goldberg is now promoting her new line Whoopi & Maya Medical Cannabis. Not only is her product fantastic, but it’s also menstrual cramps’ worst enemy. During the Late Show with Stephen Colbert, Whoopi discusses the current issues surrounding painful periods. Be sure to check out the video below.

Whoopi Goldberg on the underserved problem of menstrual pain

In the video of the Late Show, Whoopi explains to Stephen Colbert why menstrual pain is an underserved problem. In fact, it’s such an issue that it influenced Goldberg to create her own line of cannabis-infused products that focus on the problem entirely.

A lot of women who have never had it that bad thinks it’s fake, and men who don’t have it. This is how I got into it Because I said to a friend of mine, ‘Hey Snoop Dogg’s doing this and Willy’s doing this, is anybody doing this for menstrual cramps?’ And he started laughing. He said ‘No, no, no, it’s a niche market.’ And I said ‘That’s a niche market that’s half the population on Earth. It’s a big niche!’

Although others may not see it as a problem, Whoopi has the backs of women everywhere.

We wanted to make sure that women’s productivity – which goes down two to three days a month when women get these bad cramps – we wanted to make sure that we could say to young women who are experiencing these cramps for the first time: there is an alternative that you may be able to use that helps. We don’t want to get you high, we just want to make you feel better.

Aside from discussing the benefits of her products, she explains why she can’t smoke cannabis, politics, and more. Don’t forget to check out the video below.

Get 20% off premium weed and discover the latest products, news, and deals in cannabis.
October 10, 2016 — Last Updated December 05, 2019
Written by Brittney Sanger