Now Reading:culture | At 85, Willie Nelson releases his 67th album and a weed strain to go with it 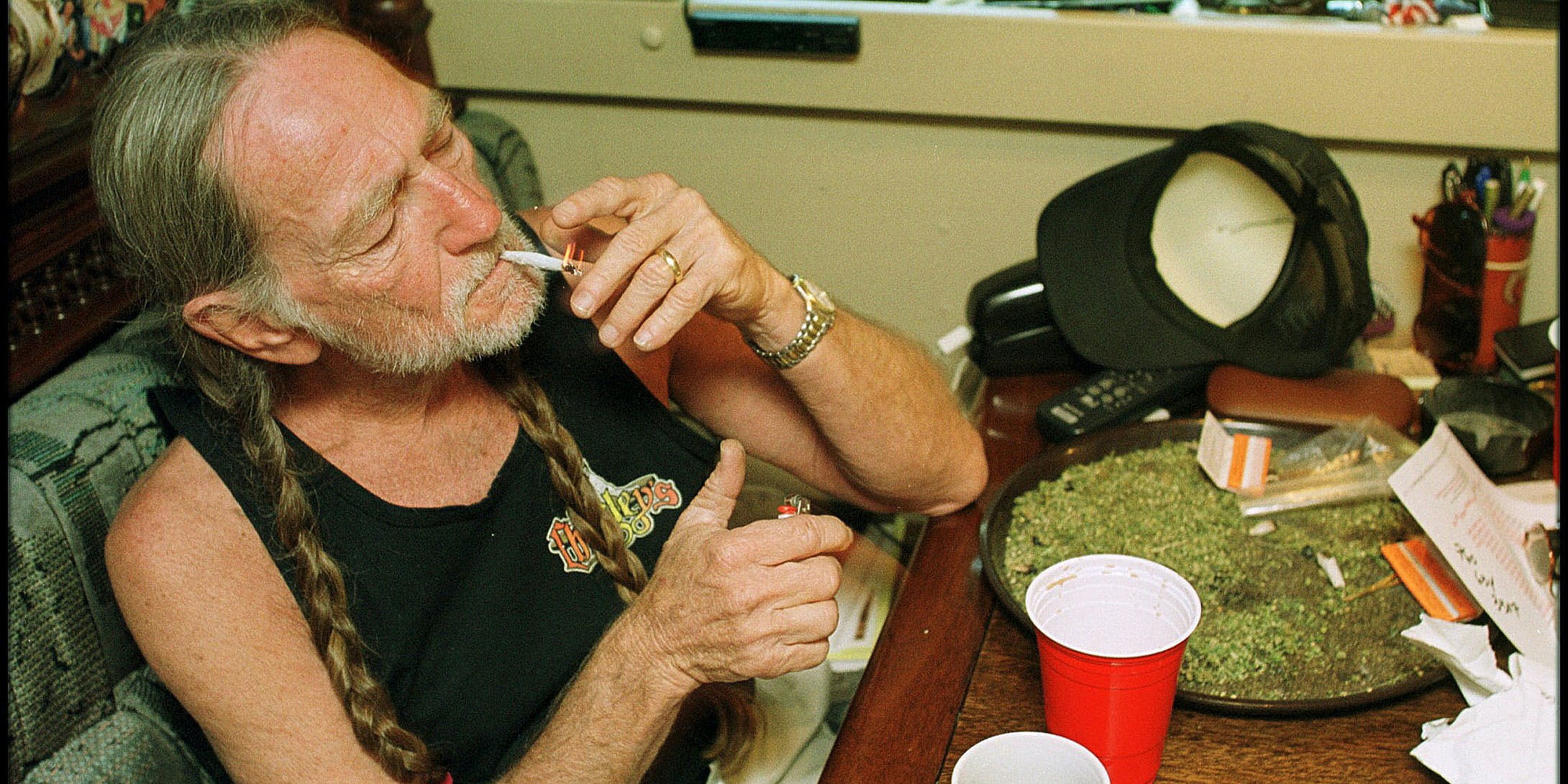 American country singer Willie Nelson takes a drag off a joint while relaxing at his home in Texas, 2000s. A large amount of marijuana is spread out on the table before him (Photo by Liaison/Getty Images)

At 85, Willie Nelson releases his 67th album and a weed strain to go with it

In case we didn’t already know he’s a badass.

Having just turned 85 last week, country and stoner legend Willie Nelson wants his fans to know he’s not about to mellow out. To steady acclaim, Nelson just released ‘Last Man Standing,’ his 67th studio album, leaving only 18 years of the artist’s life in which he didn’t release a record. To accompany the album, Nelson is also releasing a new weed strain.

In 2015, a few years after the American weed legalization movement began, Nelson established Willie’s Reserve, a self-branded company designed to sell paraphernalia, edibles and, of course, weed, in permitting states. While ‘Last Man Standing’ is the fourth album to release since Willie’s Reserve was started, it will be the first to get its own strain.

Also named ‘Last Man Standing,’ the strain was created by Shane and Amelia Osburn of Sol Grow Mendocino, a medical dispensary in Mendocino, California. “It comes from this huge plant with beautiful buds,” Shane Osburn told Taste of Country. “It’s so expressive of its characteristics. When you walk past the plant it smells like an orange tree.”

“Willie is a soldier for the cannabis community,” said Amelia Osburn. “We have total respect for how he’s told the world about what we do, through his music and through who he is…. We’ve come pretty damn far from the point where they’d put you in prison for life for a seed to where we are now. It’s a lot of progress.”

While just one of the many celebrity-endorsed cannabis companies out there, Willie’s Reserve has been experiencing a pretty bountiful harvest. Since weed became legal to buy in California at the start of the year, the vetted smoker’s company managed to raise $12 million from investors to service the state and expand their chocolate offerings.