In it, users break through levels to become virtual weed moguls. 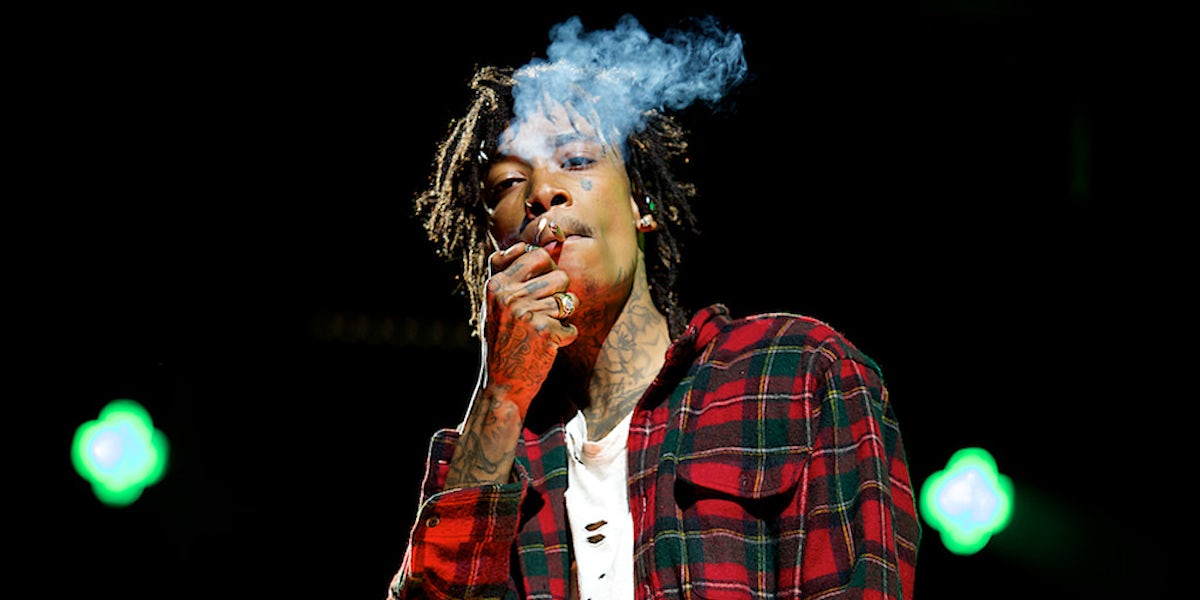 There’s no shortage of smartphone apps dedicated to cannabis culture from city weed guides to digital scales. But when it comes to games, one name stands out above the rest: Wiz Khalifa’s Weed Farm. The rapper, celebrity smoker and noted cannapreneur developed a game that, since its release last year, has built its own cult following with a Reddit community to back it up.

Weed Farm, better known to fans by its acronym WKWF, is a strategy game whose basic premise is the same as other business-focused strategy games: make money…lots of it. Here, the idea is to simulate what it takes to build a pot business from the ground up. The free game requires players to build a cash stash and meet grow goals, among other things. In Weed Farm, players assume the role of the rap superstar himself as he works to build up his weed empire. Much of Weed Farm is spent tapping on Khalifa’s hand as he drops cash on his pot plants. It’s simple, but it’s a game that’s attracted a huge audience.

The Reddit group for Weed Farm is a forum for humble bragging with screenshots of huge digital weed hauls, game strategizing, calling out technical bugs, or just griping about performance. The group also reminds members of Weed Farm tournaments and other special events inside the game’s world like Danksgiving.

Weed Farm has become so popular since its April 2017 release (4/20 to be more specific) that it ranks #36 among strategy apps for the iPhone. It was created by San Francisco-based game designer Metamoki Inc., the same firm behind Mob Wars and another weed app called Kush Krush.

Weed Farm guides players through planting and growing kush, shipping it to market, reinvesting the profits into a grow operation, and upgrading the technology used to grow the bud. Of course, to keep people coming back, Weed Farm holds secrets which players can unlock such as mystery cannabis strains.

Weed Farm has received mostly positive reviews on platforms where the app is available, which includes downloads for Android phones. It’s got a 4.8 out of 5 rating on the Apple app store, based on more than 10,000 user reviews. It’s also got a following of nearly half a million people on Facebook.

It’s probably clear to hip-hop fans who already love Khalifa’s music, and not only his marijuana swag, that the app is just an extension of his rap songs. It bears the same name as a track from the recent “Laugh Now, Fly Later” mixtape and Weed Farm just so happens to be one of the album’s most ganga-happy cuts (on an album full of ganga-happy cuts, mind you). The refrain ‘I’m in my Weed Farm/I’m rolling up another joint soon as the weed’s gone’ is no doubt buzzing in the ears of those who play the game.

The song, like the app (and by extension Khalifa himself), is a celebration of the decriminalization of cannabis and the legal weed biz. Naming an app after an unforgettable song was one of Khalifa’s best marketing moves to date. And he’s likely making a pretty penny off of the tech. Though it’s free to download, impatient players can make in-app purchases to progress more quickly through the levels in order to become a virtual weed mogul.

It’s the perfect game, not just for lovers of the Pittsburgh emcee, but for anyone interested in how the grow biz works. Whether that experience will actually translate into the booming cultivation sector in the real world is another question.