From authors to Egyptian royalty, there are some pretty powerful ladies whose relationship with ganja dates back as far as the 12th century. 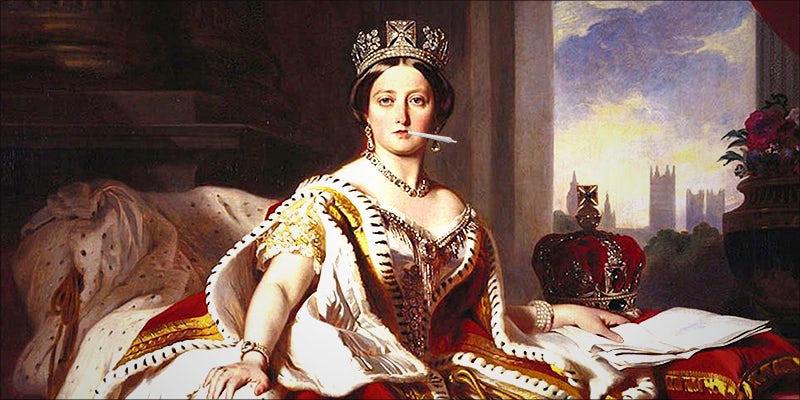 People have been using the herb for thousands of years. Not just men, but also women, enjoy the numerous benefits that weed has to offer. As a matter of fact, there are some pretty powerful ladies whose relationship with ganja dates back as far as the 12th century. From authors to Egyptian royalty, here are seven women in history that you didn’t know were fans of cannabis.

Hildegard von Bingen is a fascinating German abbess of the 12th century, to say the least. Not only did she compose music and plays, but she also wrote about practically everything.

In fact, her book Physica discusses some of hemp’s potential medical applications. Also, how it grows and even recommendations on its use.

There is evidence that suggests the ancient Egyptian pharaoh Hatshepsut may have used cannabis as medicine. The Ebers Papyrus, in particular, advises putting ground ganja with honey into the vagina as an aid for childbirth.

Therefore, it’s safe to say, Egyptian women, including Hatshepsut, likely knew all about it.

As it turns out, Queen Victoria’s doctor gave her cannabis to relieve her menstrual cramps. Indeed, Dr. Sir J. Russell Reynolds spoke excellent things about the herb during 1890,

When pure and administered carefully, [cannabis] is one of the most valuable medicines we possess.

Rather than handing her weed to smoke, Reynolds prescribed a tincture, a popular way to use the herb during that time. Now, tinctures seem to be making a comeback in states where weed is legal.

If you are familiar with Little Women and its sequels, then you more than likely know Louisa May Alcott, the author. But what you may not know is her experience with hashish.

One of her stories, “Perilous Play,”  involves two lovers getting high. During the story, one of the lovers describes the effects to the other,

A heavenly dreaminess comes over one, in which they move as if on air. Everything is calm and lovely to them: no pain, no care, no fear of anything, and while it lasts one feels like an angel half asleep.

Not to mention, the story ends with this line,

Heaven bless hashish, if its dreams end like this!

Maya Angelou is one of the most famous authors and poets of the 20th century. Equally important, she believes in cannabis and isn’t afraid to share her experiences with it.

During her earlier years, she and the herb had a tight bond. In her second autobiography, Gather Together In My Name, she documents her first experience being high at a dinner party.

Notably, in 1969, Margaret Mead, an American anthropologist, straight up told the American Senate that pot should be legal. Also, she hit the nail on the head with her powerful statement about the worries of weed as a gateway drug,

It is my considered opinion that at present that marihuana is not harmful unless it is taken in enormous and excessive amounts.

I believe that we are damaging this country, damaging our law, our whole law enforcement situation, damaging the trust between the older people and younger people by its prohibition, and this is far more serious than any damage that might be done to a few overusers, because you can get damage from any kind of overuse.

Her real name is Karen Blixen, but you’ll likely know her as Isak Dinesen. According to Isak Dinesen, The Life of a Storyteller by Judy Thurman, the author, and her friends liked to “experiment with the sensations hashish, opium, or miraa could give them.”

Get 20% off premium weed and discover the latest products, news, and deals in cannabis.
February 27, 2017 — Last Updated December 19, 2019
Written by Brittney Sanger