5 Stories About The Worst Times Your Parents Caught You High

Getting caught smoking weed is a rite of passage that most smokers have to go through, which can also lead to some of the funniest of stories. 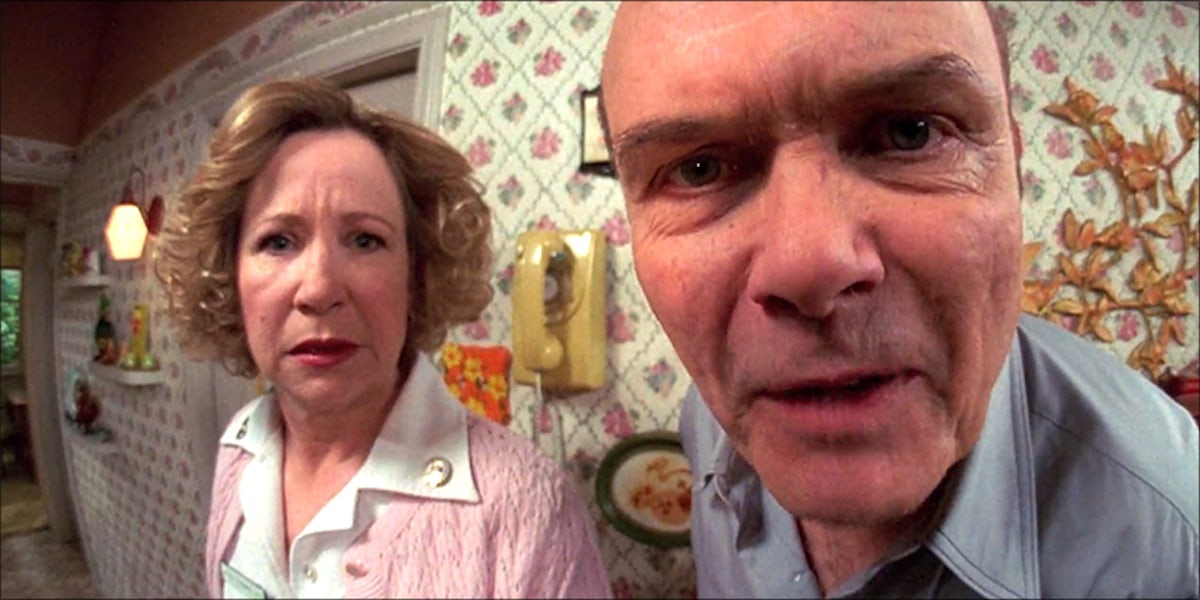 While there are worst things you can get caught doing by your parents (such as losing your virginity or getting arrested), most can still say that getting caught smoking a joint wasn’t much fun – at the time, anyway. But, in hindsight, the time when you got busted was probably quite funny, especially to others, which is why VICE collated some of the best.

I once got busted smoking pot while sitting in a bathtub full of hot water. The smell was clearly seeping out from under the door, and when my dad peeked his head in to check on the situation, I made a big fuss about my privacy and yelled “IT’S STEAAAMMMM!”

He left me to finish my bath, but I got grounded later anyway as I’d had a bowl in full sight on the side of the tub anyway. – Amir, 30

2. The other white meat

I came home from smoking weed with my friends to find my family setting up for dinner. I’m really bad at playing it cool when I’m high, so I was already fairly sure that my parents knew I was fuckin’ bleezed.

We sat down, and it felt like psychological warfare. I blew the lid on myself when I commented, “This chicken is great, mom.” I was eating a pork chop. – Jay, 23

I was like 19 and was still being a bum and living at home with my mom. Three friends and I were up in my room, and we decided to go for a burn ride. We pile into the car and are about to go when we realize the guy that was about to leave in his own care had all the bud.

We call his phone, tell him to wait so we can get the stuff from him. He, very un-stealthily, gets out of his car that was right in front of us, and nonchalantly strolls over with the bag and hands it to us.

We go for a ride, smoke a few bowls, all is well in the universe. About 30 minutes later, my mom calls me and tells me to get the fuck home right now. I panic a little bit because I’m extremely baked. I’ve been stoned in front of her before and played it off well; this time will be no different I tell myself.

I get home, and she’s standing there with a pee cup. My mom works at the laboratory at the local hospital. Shit. I put up a fight, tell her I’m fine. She says she saw my buddy drop off a bag of something, and if I wasn’t high, I had nothing to worry about. I piss in the cup and crash at my buddy’s place.

Fast-forward to the next day. Test results are in. The verdict was that I was indeed high as shit. THC levels were several orders of magnitude over the norm. No other drugs in my system. She was a little pissed, but I think she was secretly glad that there was nothing else in my urine. – Mike, 30

I was downstairs in the basement with a couple of friends, and we were ripping three bongs in rotation. After about an hour, we hear my grandmother coming down the stairs as slow as can be. We hide the bongs, she walks up to us, asks us if we smell anything funny, we said no, she said it smells like burning leaves coming up through the vents. I told her, I think the neighbors might be burning some leaves outside. She said, “You are probably right,” then she moseyed up the stairs.

An hour more of bong rips goes by, and she starts down the stairs again; she comes over to us and asks, “Are you sure there aren’t leaves on fire in the furnace?” All of us started laughing hysterically. I told her it wasn’t possible so she then asks, “Well, do you want to go to [local diner] Dinos?” I say yes. At Dinos, she looks at me as I’m grinning like a fool and says “Hun, what is wrong with your eyes? They are so red.””I’m just so tired, Grandma,” I tell her. “I need sleep after this meal.”

Once we’re home, I go back downstairs to wind down, and all of a sudden, I hear grandma from upstairs have an out loud epiphany, laughing, “Judas Priest! You boys were smoking reefer! Can’t fool me!” – Jake, 30

I was caught smoking pot in my room with a friend on Christmas Eve. My parents came home from mass, and I must have miscalculated because we were straight up cloud city in my room. They were planning on taking a cruise over the holiday. They said they couldn’t trust me at home (obviously true).

So, they bought me a ticket for their watery adventure. I, the little devil that I was, smuggled a bag of shrooms with me to help me get through the sea escapade. One night, when I thought I would be safe for enough hours, I ate the bag.

It was a magical experience. The moon reflecting on the ocean waves was very trippy, and being alone on a ship filled with people was too. The only issue was that some of those people were my parents, who I ran into by accident. While we were hanging out, someone put a stuffed parrot on my shoulder. I was startled and looked up to see a pirate man smiling above me. Someone snapped a photo. And that moment was forever commemorated. My parents still have that photo. – Diego, 32

Enjoy the latest and greatest from Herb, enter your email below to get exciting cannabis updates delivered to your inbox.
May 24, 2017 — Last Updated
Written by Todd Farmington