Researchers think CBD can cure your fear of public speaking

For anyone with a fear of public speaking who lives in a state or country with legal cannabis, these findings are potentially game-changing. 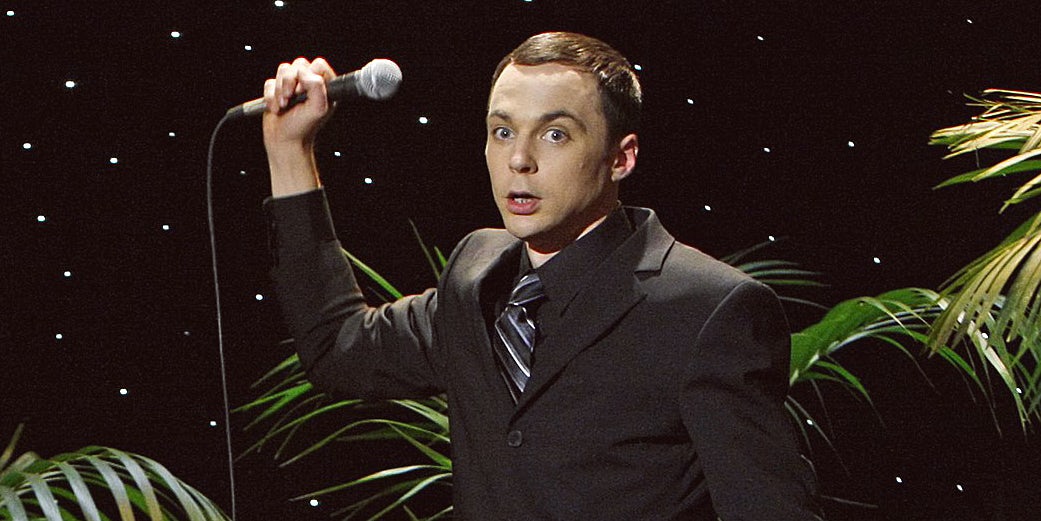 LOS ANGELES – FEBRUARY 16: ‘The Pants Alternative’ – Sheldon’s (Jim Parsons) friends come to his aid when his fear of public speaking stands between him and a coveted award, on THE BIG BANG THEORY, Monday, March 22 (9:31-10:00 PM, ET/PT) on the CBS Television Network. (Photo by Cliff Lipson/CBS via Getty Images)

This fear frequently tops the list of America’s most common phobias, and anyone who’s experienced stage fright will understand why. Your hands start shaking, your throat closes up, your breath gets short—it’s as if you’ve been transported to a cold mountaintop, rather than a stage. Even if you’re confident in your material when the fear of public speaking takes hold it feels virtually impossible to slow your heartbeat back down. Luckily, there may now be a solution.

What Researchers say about CBD

Researchers believe that a single dose of CBD can “significantly reduce” the fear of public speaking.

CBD stands for cannabidiol, which is a cannabinoid found in marijuana—much like THC but without the psychoactive properties. This means that taking CBD alone (without THC) will not make you feel high. (This is a relief because smoking weed before a speech sounds more like a recipe for accelerating the fear of public speaking, rather than inhibiting it.)

The non-psychoactive nature of CBD has made it a popular choice among lawmakers, researchers and medical marijuana patients alike, and while the research on this cannabinoid is still young, it’s progressing quickly.

One study conducted years ago, looked at the impacts of CBD on “treatment-naïve” social phobia patients (patients who had not previously undergone treatment for their phobia). The study got little attention at the time, possibly because it was released in 2011 before even Colorado and Washington became the first states to legalize recreational marijuana in 2012. Whatever the reason, it deserves a second look now.

Researchers from a number of universities in Brazil—including the University of São Paulo, National Institute for Translational Medicine and University of Southern Santa Catarina, among others—collaborated on this study, which tested the effects of CBD on patients with Social Anxiety Disorder (SAD) who were put through a simulation public speaking test (SPST). Again, these patients had never before received treatment for their social phobia.

The researchers found that “Pretreatment with CBD significantly reduced anxiety, cognitive impairment and discomfort in their speech performance, and significantly decreased alert in their anticipatory speech.” In other words, the CBD significantly reduced these patients’ fear of public speaking. This wasn’t a placebo effect, either. “The placebo group presented higher anxiety, cognitive impairment, discomfort, and alert levels when compared with the control group,” reads the study.

For anyone with a fear of public speaking who lives in a state or country with legal cannabis, these findings are potentially game-changing. CBD is also often given a different legal standing than cannabis, and some states, like Alabama, have approved clinical trials of CBD while maintaining a hardline stance against the plant when it includes a psychoactive component. If it’s available in your state or country, CBD is usually sold in pill form and can be purchased from most dispensaries. If you’re looking to treat your fear of public speaking, just be sure to buy CBD pills without THC in them.

As always, more research is necessary. But for now, as this study finds, “These preliminary results indicate that a single dose of CBD can reduce the anxiety-enhancing effect provoked by SPST in SAD patients, indicating that this cannabinoid inhibits the fear of speaking in public…” So next time you have to give a big speech: prepare meticulously, take deep breaths, and before you hit the spotlight, pop a CBD pill.

Get 20% off premium weed and discover the latest products, news, and deals in cannabis.
December 02, 2017 — Last Updated January 09, 2020
Written by Rob Hoffman