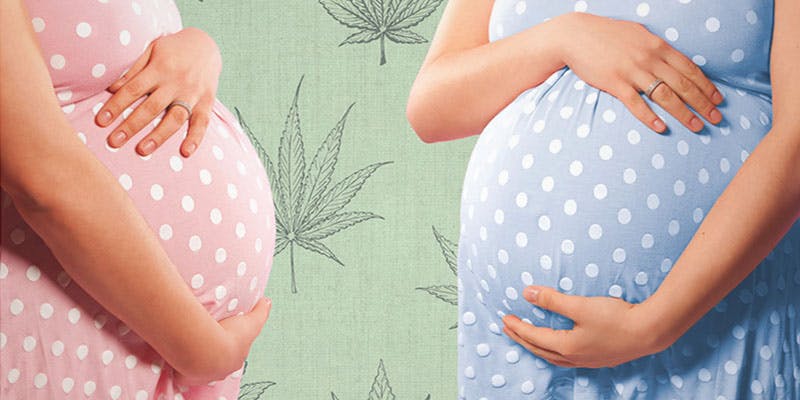 Science has Discovered A Common Link Between Breast Milk, Cannabis And Tea

Researchers have discovered an interesting connection between breast milk, tea, and cannabis.

Indulging in cannabis while breastfeeding is socially frowned upon, but did you know, breast milk actually contains cannabinoids? There’s a reason it helps to soothe a fussing baby, but it’s not what you’re thinking. Breast milk, cannabis, and tea have an interesting connection to each other and to our own brains. While the three are extremely different substances, their close connections might surprise you.

For thousands of years, adults have been finding rest and relaxation through the help of warm tea. Likewise, many have found their comfort through cannabis, while babies have just one choice, breast milk. The three might seems like completely different substances, but their similarities are rather astounding.

Our endocannabinoid system is a group of receptors found throughout our brains and nervous system. These receptors respond to certain compounds, resulting in feels of euphoria or relaxation. So far, scientists have been able to discover two distinct receptors, CB1 and CB2.

According to the European Journal of Pharmacology, the cannabinoids found in breast milk activate the CB1 receptor, along with those found in tea.

It might seem strange to imagine that such vastly different items could have similar effects on our brains, but it just one more example of cannabinoids existing naturally. While the effects might not all be felt in the same way, no, tea won’t get you high, their chemical reactions are working in a similar fashion.

Cannabis and its psychoactive ingredient THC cause a reaction in the endocannabinoid system’s CB1 receptor. When the THC is absorbed, the psychoactive effects are sparked due to a temporary increase in dopamine, the chemical responsible for making us feel happy and relaxed. Being in love also causes a release of excess dopamine. When the dopamine and THC incorporate, we’re left with the euphoric high cannabis is known for.

Despite the type of tea or its color, it comes from a species of plant called camellia sinesis. This specific strain contains catechin, an antioxidant that helps with anti-inflammatory and neuroprotective. Catechin responds to the CB1 receptor in the endocannabinoid system, which allows for the health benefits to be fully utilized by the body.

We’ve all heard someone refer to their baby as “milk drunks,” but “milk high” is probably a more accurate description. Breast milk is the most nutritious and wholesome food source available on Earth.

While it’s very taboo and even illegal in some places, body builders have been known to purchase breast milk as a supplement to their rigorous workouts because of the unique nutrients it contains.

While the breast milk provides all the necessary vitamins and minerals a baby needs to thrive, it also actives their ability to eat and thrive outside of the womb. Breast milk is chock-full of cannabinoids. Like the tea and cannabis, these cannabinoids active the CB1 receptor.

However, with a baby, this receptor activates the oral-motor musculature. This gives the infant the desire and ability to suckle and continue eating. Similarly to adults getting the munchies, babies are driven to continually feed thanks in large part to the cannabinoid receptors.