Teens Buy Weed More Easily Than Alcohol in the UK: A Report

Teens buy weed easily on social media and, then, they sell it to their peers. 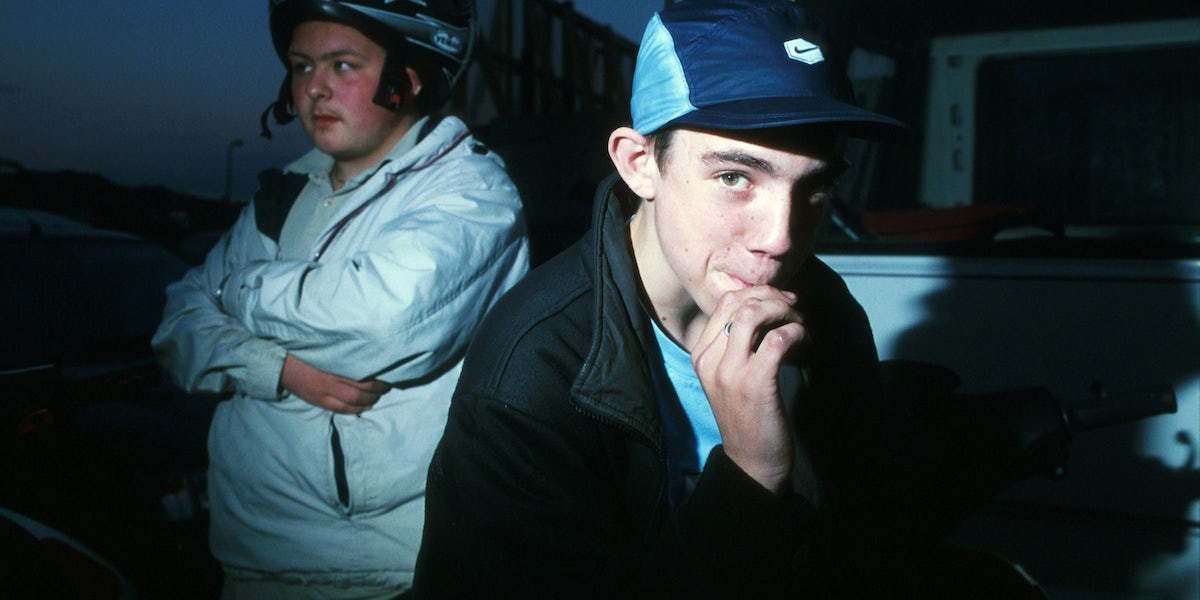 A teenage scooter boy smoking a spliff in Luton, UK in 2004. (Photo by: PYMCA/UIG via Getty Images)

A new report from UK-based think tank Volteface found teens buy weed more easily than alcohol in the UK. The report hypothesizes this is because alcohol is largely available through legal stores which require ID, while recreational cannabis is still entirely sold on the black market in the country.

The report is recommending the UK takes a variety of steps to curtail these issues, including an investigation into how social media encourages the sale and use of cannabis among the country’s youth. Young people interviewed for the research noted that it’s easy to buy cannabis on Instagram and Snapchat, with one young person quoted saying there are “hundreds” of drug dealers on the platforms.

“They put up all of their stuff, they show off videos, they brag about what they have and then you can literally just Snapchat them,” they said.

The growth in smartphone and social media use among young people could be a contributing factor, the researchers write. In 2016, 78 percent of parents said their children, between the ages of 10 and 15, used a smartphone in comparison to 71 percent of parents in 2010, according to market intelligence agency Mintel. In addition to connecting with dealers on social media, savvy young people can also use their smartphones to purchase or sell cannabis on the dark web.

Sixty-six percent of young people who have tried cannabis bought it when they were under 15 in comparison to 20.5 percent of young people who have tried alcohol, according to the report. This is of particular concern, the researchers note, as studies suggest that cannabis use among adolescents can cause brain damage and increase the risk of cannabis addiction later in life. Cannabis use disorder, as it’s called in the official diagnostic manual, is rare, but more common among people who start consuming cannabis early.

The researchers are calling for better drug education in the UK, claiming “the vast majority of local authorities in England and Wales have not run any campaigns or initiatives to ensure that parents are informed about the risks associated with cannabis in the past 10 years.”

Concern about a rise in cannabis use among young people has been a prominent argument among prohibitionists in the UK, the United States and beyond. Data from legal states like Colorado, however, has found that a recreational market can actually lead to a decrease in teen use, likely because the cannabis supply is more tightly regulated like alcohol.

The UK only just legalized cannabis medicines this summer following the highly-publicized case of an Irish boy who uses cannabis oil to treat his epileptic seizures.

Get 20% off premium weed and discover the latest products, news, and deals in cannabis.
September 14, 2018 — Last Updated
Written by Shelby Hartman