Cannabis dispensaries across the U.S. have been shut out of maintaining bank accounts, making the business of selling cannabis a riskier and more complicating endeavor. 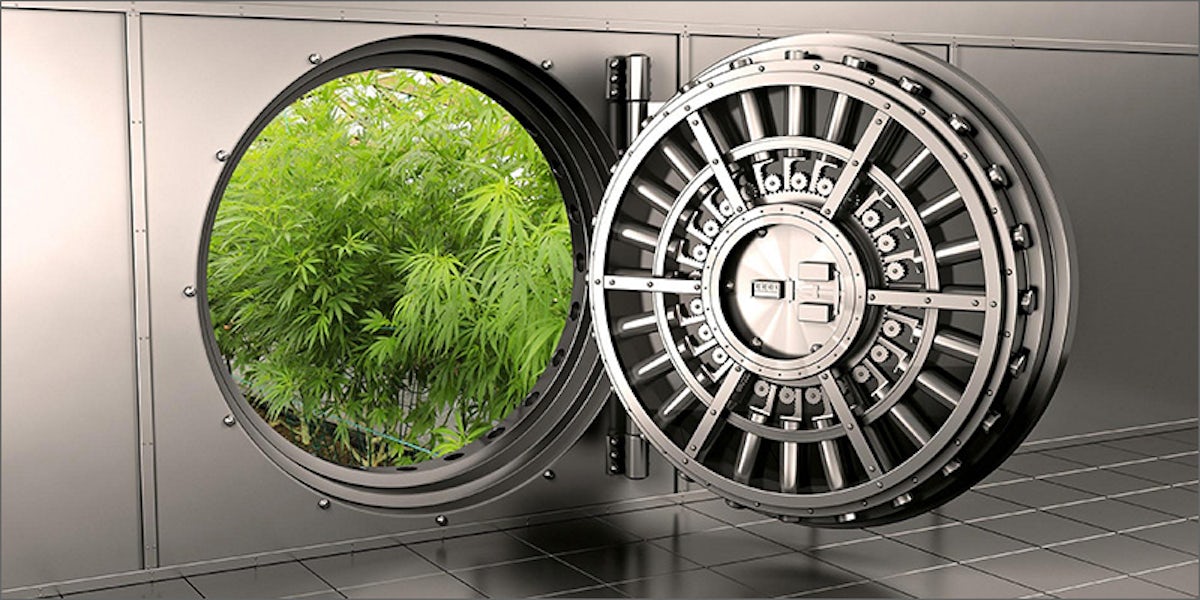 Cannabis dispensaries across the U.S. have been shut out of maintaining bank accounts due to the federal government’s classification of cannabis as a Schedule I drug, making the business of selling cannabis a riskier and more complicating endeavor.

Shut out of banking

The federal government’s classification –which deems cannabis, alongside other drugs such as LSD and ecstasy, as having “no currently accepted medical use and a high potential for abuse”– has thus made it a federal crime for banks and credit unions to accept money made through the sale of cannabis. As a result, dispensaries have encountered difficulty in completing such basic business tenets such as establishing bank accounts, banking their money, and obtaining loans.

A lack of bank accounts also means that dispensaries are unable to accept customers’ payment methods such as credit and debit cards, according to Colorado officials.

“I can’t bank my money. It’s really frustrating. …When I go to pay my federal taxes, you get a 10 percent penalty for paying in cash, but we can’t have a bank account. So it’s a big Catch-22.” _ Jamie Perino, CEO of Euflora dispensaries, told NBC News.

The banking situation thus led many dispensaries to seek ways around their current difficulties. For example, an intermediary company called PayQwick has emerged in Washington and Oregon –two states that allow for the recreational use of cannabis– that electronically transfers money between the principal players in given cannabis transactions. This includes sellers, customers, growers, and financial institutions.

The fact that so many dispensaries are forced to deal with such large amounts of cash has led to public safety concerns. Many businesses have invested in armored bank trucks and armed guards to transport their cash hauls.

“I am concerned and we do hold our breath from a public-safety perspective,” said Cynthia Coffman, the Colorado attorney general.

The bind faced by dispensaries has led business people and observers to determine that the logjam can only be broken by action at the federal level.

There is some hope for the dispensaries, however, as federal legislative action on the issue has begun to take place. Sen. Bernie Sanders (D-Vt.), a candidate for the 2016 presidential nomination, has filed a bill that would remove cannabis from the federal government’s scheduling list. Sen. Sanders’ bill,  filed in November, has slim chances of becoming law.

More recently, four senators, all hailing from states with legalized recreational cannabis, recently penned a letter to federal regulators asking for clarification on the issue.

“Operating on an all-cash basis for these businesses makes it difficult for them to function, as well as for states to collect tax revenue. Forcing them to operate in all cash also creates a serious public safety risk for the businesses and the neighboring community…. [W]ith clearer guidance offered by all of their regulators, financial institutions will be more likely to serve these legal businesses and allow them to access our banking system without fearing repercussion.”

Do you have difficulties banking with your cannabusiness ? Let us know your thoughts on social media or in the comments below.