Now Reading:legalization | Will This State Be First To Approve Medical Marijuana To Treat Addiction? 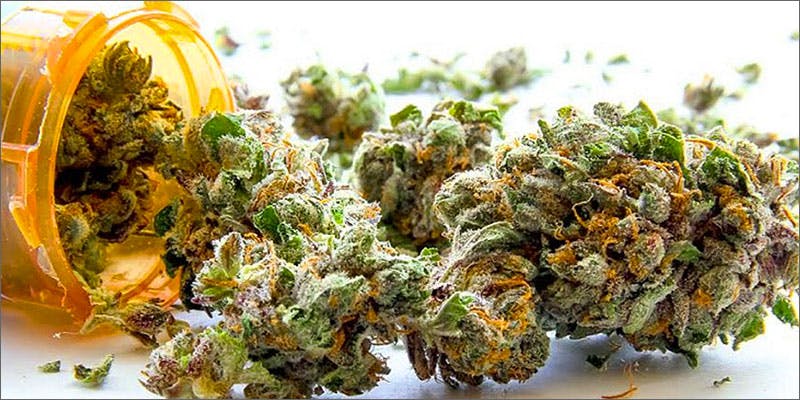 Will This State Be First To Approve Medical Marijuana To Treat Addiction?

Medical Marijuana treats addiction to dangerous opioids like heroin, Oxycontin, or even meth, simply by acting as a far less dangerous substitute.

For all the concerns about marijuana being habit-forming, it is non-toxic, and therefore effectively eliminates the possibility of overdose. With its pain relieving and nausea-suppressing qualities, it is ideal for the treatment of opioid addiction and the discomfort of withdrawals. Now Maine looks to be the first state to specifically include addiction treatment in the listed conditions for which cannabis can be recommended.

Cannabis treats addiction to dangerous opioids like heroin, Oxycontin, or even meth, simply by acting as a far less dangerous substitute. In addition, as it weans addicts off the hard stuff it soothes their bodies through the horrible pains of intense withdrawals. Several treatment facilities in legal states, including California and Massachusetts, have noted success with the substitution, and even D.A.R.E. has removed it from the list of gateway drugs it teaches about in school and youth anti-drug campaigns.

In a public hearing this week, nearly 30 patients and caregivers spoke to state regulators, on how cannabis eases the symptoms of withdrawal and provides a healthier alternative than the over-prescribed painkillers that all too often lead to addiction.

The 3-and-a-half hour hearing before the Maine Department of Health and Human Services is the first formal consideration to allow medical marijuana to be used as a treatment for addiction to opioids. According to Dawson Julia, a caregiver from Unity who submitted a petition to request the hearing, cannabinoids prevent people from building up a tolerance to opioids, preventing the increased dosages that are a precursor to addiction, as well as treat the symptoms of withdrawal, including nausea, diarrhea, muscle spasms, insomnia, and anxiety.

Catherine Lewis of Medical Marijuana Caregivers of Maine spoke in favor of the treatment.

“Instead of being a gateway drug, it is an exit strategy for so many people” – Lewis

While opponents say there is no evidence of the success of this form of treatment, a swarm of people gathered to testify as to how powerful an effect has had in their lives. Among the many voices there:

“The cravings stay away longer every time I use cannabis,” he said. “The (methadone) clinics aren’t helping. They’re treating, not curing. I believe cannabis can cure this epidemic.” – Low

“Marijuana saved my life for sure.” – Lashier

Maine’s medical establishment was on hand to oppose the proposal, stating there is no scientific evidence backing up the claims that cannabis is an effective treatment. Leah Bauer, a psychiatrist and medical director at the Addiction Resource Center at Mid Coast Hospital in Brunswick, believes the use of cannabis to treat addicts would encourage the use of another toxic and habit-forming substance. As a psychiatrist, she must not be aware that cannabis is non-toxic.

“In fact, using marijuana may be like pouring gasoline on the fire.” – Bauer

Bauer was one of four who spoke in opposition. Heath Myers, an overdose prevention specialist for the city of Bangor, said the proposal confuses psychological addiction with physical dependence and stated he has “strong reservations”.

There were four physicians who testified in favor of the petition: Dustin Sulak, Eric Mitchell, William Ortiz and James Li. “While I am not aware of any rigorous medical literature that quantitatively measures the effectiveness of medical marijuana therapy as a therapy for reducing opiate-dependency, I can say over three years of my own certification practice that we have had hundreds of patients attest to the effectiveness of this process,” said Li, an emergency room physician with a part-time private practice, in written testimony. “Indeed, seeing high-dose opiate patients eliminate all use of opiates within a year of certification for medical marijuana use has been a major incentive for me to continue my certification practice.”

DHHS Commissioner Mary Mayhew has 180 days to approve or deny the petition, and can consider public testimony, written documents, physician consults, and further research of her own. Written support can be accepted through May 3rd if you want to voice your support of this amendment to the list of qualifying conditions, entitled “Addiction to Opiates and Drugs Derived from Chemical Synthesis”.

Do you think using cannabis to help wean addicts off heroin is a good idea? Share your thoughts on social media or in the comments below.