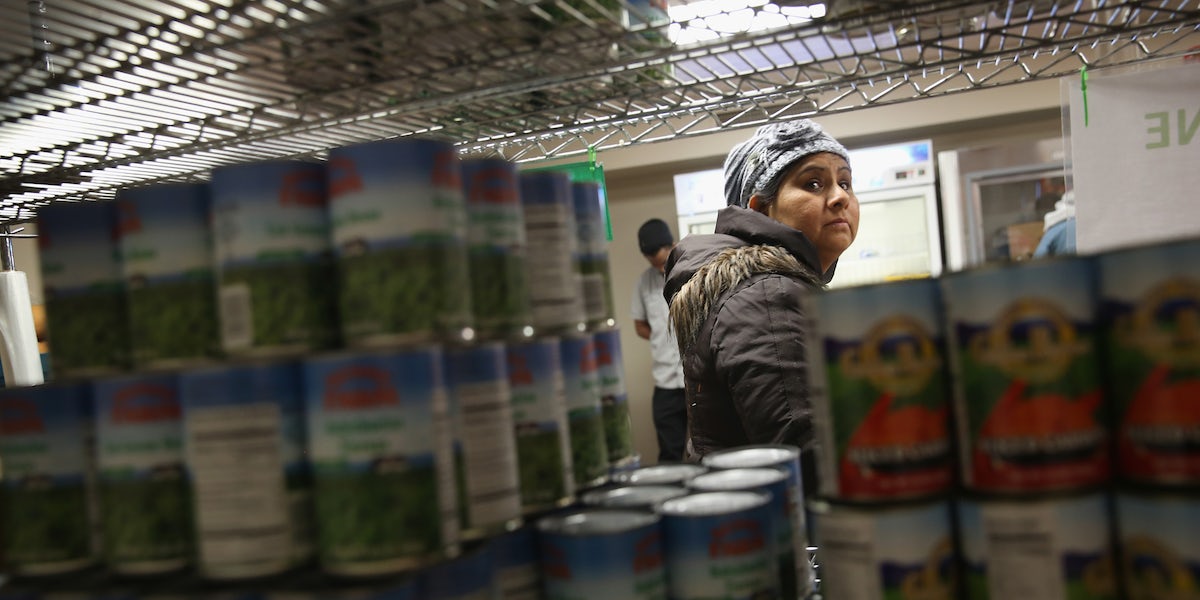 Wisconsin Governor Scott Walker believes that poor people who receive public assistance should have to undergo drug testing, and he’s taking steps to make sure that happens.

Walker last week charged ahead with a plan to require drug testing for some recipients of Wisconsin’s food stamps program, formally referred to as the Supplemental Nutrition Assistance Program (SNAP), reports The Atlantic. The plan would make Wisconsin the first state in the union to drug test for food stamps, other states that have tried the move have been blocked by the feds.

That comes on top of another plan to test Medicaid enrollees in Wisconsin. Oh, and don’t forget a law already on the books: That one requires drug testing for non-custodial parents getting funds Temporary Assistance for Needy Families.

If Gov. Walker’s proposals pass federal scrutiny, all three of the major welfare programs in Wisconsin will involve drug-testing the recipients. Walker’s move to “overhaul welfare” over the past three years has already included some such “reforms.”

The proposed change to SNAP would affect those who take part in its Employment and Training Program (ETP). Healthy, childless adults already have to meet work requirements to qualify for food stamps through ETP.
Under Gov. Scott’s proposed new rules, those who test positive would be required to undergo drug treatment, or lose their benefits. The state would pay for “drug rehab” for pot smokers who couldn’t afford to pay for it themselves.

Drug testing is considered by many experts as ineffective. Applicants can lie on their questionnaires about previous drug use, for example. They can also simply refrain from using drugs for a few days before their scheduled test dates, by which time most drugs (with the unfortunate exception of cannabis) will have cleared out of their systems enough to pass a test.

How Long Cannabis Lasts in the system?

While alcohol, amphetamines, cocaine, and barbiturates all clear out of a person’s urine after four days or so, marijuana can linger for 30 days or more. That means any drug testing, by definition, tends to catch more cannabis smokers than any other category of substance user.
Arizona has published figures showing a net savings of just $3,500 for 26 individuals who either tested positive or failed to show up for their drug test appointment. That’s an overall saving of just $135 per person.

According to state data, the seven states with existing programs— Arizona, Kansas, Mississippi, Missouri, Oklahoma, Tennessee, and Utah— are spending hundreds of thousands of dollars to detect very few drug users. The statistics show that welfare applicants actually test positive at a lower rate for drug use than does the general population.

Meanwhile, the states have collectively spent almost $1 million on the effort, with millions more slated to be spent in years to come.

Under the Obama Administration, Gov. Walker’s requests to add drug testing in the SNAP program were denied or delayed by the Agriculture Department because they were seen as an additional barrier to eligibility— one that Wisconsin wasn’t entitled to impose.

While the state denied that, the argument had already been used successfully. The Centers for Medicare and Medicaid Services has also denied requests for waivers from states which wanted to impose drug testing for Medicaid.

Early on, Centers for Medicare and Medicaid Services Administrator Seems Verma signaled the agency would now accept work requirements in Medicaid waivers, like the one being considered in Wisconsin. Verma also announced in November that CMS “will approve proposals that promote community-engagement activities,” typically including work, community service, and job training.

According to Kaiser Health News, healthcare experts expect this move heralds the agency’s support for further conservative reforms impacting aid eligibility such as drug testing. Advocates are concerned the changes are just a way for states to kick millions of poor people off welfare programs, and undermine their mission of providing food assistance and health coverage to the poor.

Get 20% off premium weed and discover the latest products, news, and deals in cannabis.
December 15, 2017 — Last Updated January 08, 2020
Written by Steve Elliott