Before you book your next weed vacation to North Korea, there are a few things you might want to know. 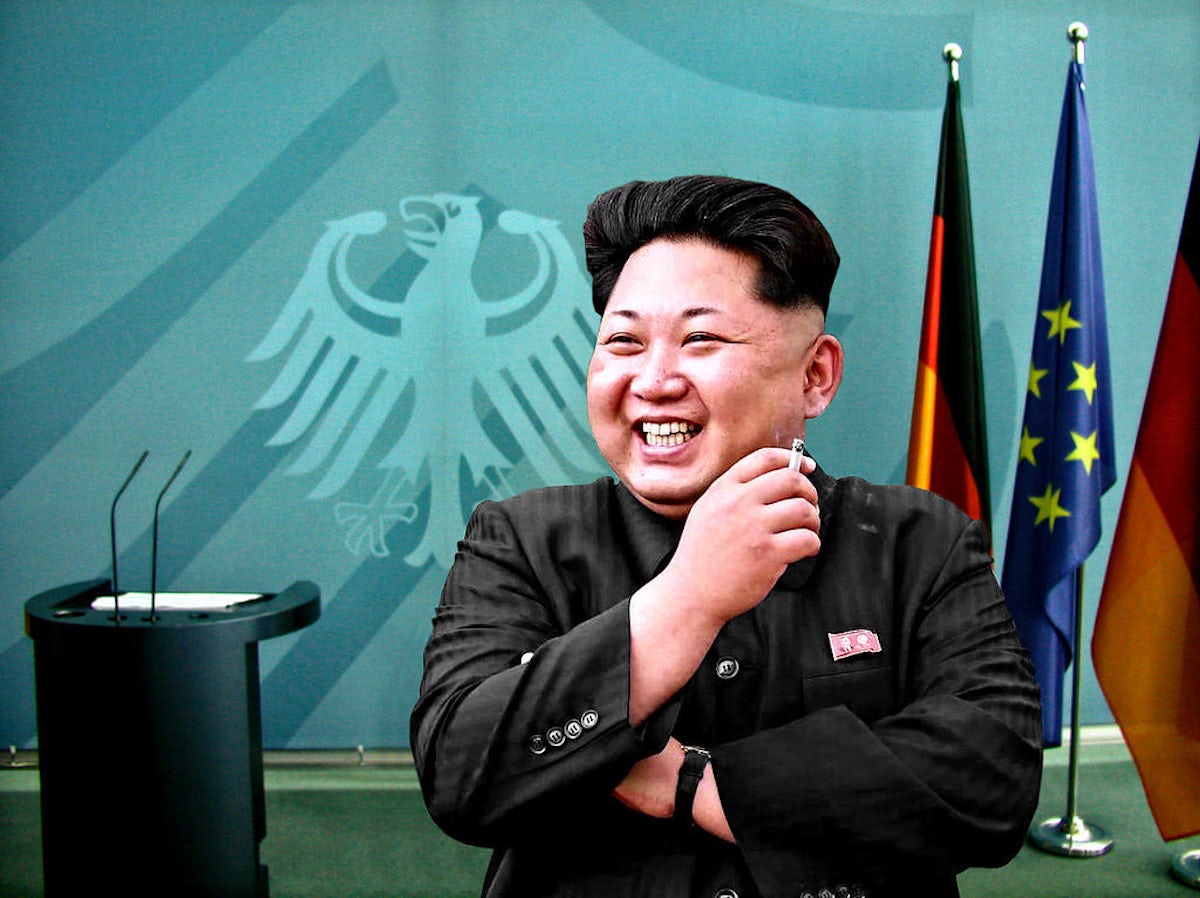 It is known as Yeoksam in North Korea, and tourists are after its cheap leafy goodness. Or so it would seem according to a report from the Seoul based American network Radio Free Asia. Tourists from China flock to Rason, a Special Economic Zone, in the northeasternmost province of the Democratic Peoples’ Republic of Korea (DPRK) to buy the equivalent of $4.30 per 2.2 lbs bags of weed and sell them for nearly 20 times the price at home.

Marijuana is highly illegal in China, as are many other substances, likely because of the country’s history with the Opium Wars which crippled its population and allowed certain regions to fall to British colonial rule. Today marijuana in China can land you 15-years to life and even a death sentence for the most offenses.

But North Korea is different. According to Vice’s sources who make regular trips to the country, marijuana is just not seen as the boogieman. It’s even used by the military whose trench-bound treats are giant spliffs rather than Lucky Strikes.

Accounts of cannabis being grown by local farmers are backed up in an AMA post from an American on Reddit who claims to go to North Korea annually. He describes his own discovery of a cannabis farm on a visit.

“We came to a garden one day and took one look and said, “that is weed!” We went over, and sure enough, they were growing marijuana.” The anonymous poster writes.

Another account from a 2013 blog post from travel writer Darmon Richter describes another lucky discovery. He received a tour of Rason and its bustling markets where he discovered bags upon bags being sold next to the tobacco merchants. He describes being shocked at first not only by the sight of the plant but at its price of $0.65 a pound.

“It turned out to be exactly what we first suspected,” Richter writes, “a veritable mountain of dried marijuana plants.”

North Korea: Is it really a weed smoker’s paradise?

Richter then describes the next several days as being defined by a steady routine of rolling and smoking in plain sight while locals seemed to shrug it off entirely. “No one seemed to have a problem with us buying the stuff, and so we decided to put it to the ultimate test: purchasing papers from another stall before rolling up and lighting comically oversized joints.”

The reason could be that cannabis has a long history on the Korean peninsula. Evidence discovered in the form of pottery suggests that hemp has been cultivated there since 5,000 BC. In more recent history, North Koreans have been growing cannabis crops since the 1980’s when the first of their dear leaders, Kim Il-Sung, encouraged its cultivation to make up a shortage in cooking oil.

But before you book your ticket, as a Westerner, weed might be hard to find. Tour guides will reportedly ignore your questions about cannabis because a group of tourists getting high doesn’t fit neatly into their tailored tour of alternate history museums.

It’s not even clear that the Chinese tourists are buying it to get high. Industrial hemp is still grown in China and is even exported. Secondly, the kind of bushweed that is sold in the markets of Rason might be significantly different than you are used to. From Richter’s account of the markets, what they bought was not very potent. A closer look at the picture he posted appears to show dried up leaves in a bag, as opposed to the dense buds you could buy at your local dispensary.

In short: North Korea is famous for two things, the oppression of human rights and ditch weed.  Richter says that he didn’t know the legal status of marijuana in the DPRK and didn’t get much in the way of a response from his government handler.

Seemingly frustrated at the number of publications calling North Korea a stoner’s paradise, a recent investigation by the Associated Press, found that it might not be as legal as some suggest.

“There should be no doubt that drugs, including marijuana, are illegal here,” Swedish Ambassador Torkel Stiernlof told AP.

The report found that North Korean law lists cannabis in the same category as cocaine and heroin,  making it illegal. While it’s unclear what the punishment might be for possession or distribution, we’re not willing to test it to find out (not for ditch weed anyway).

However, North Korea does grow a tobacco-like plant that could be confused with marijuana and does produce a buzz. As for those seeking a genuine hit from a Kim-Jong-Bong, an official at a hemp factory in the country’s capital, Pyongyang, told AP, “No one smokes this in our country. It’s only used for making things.”

Get 20% off premium weed and discover the latest products, news, and deals in cannabis.
October 11, 2017 — Last Updated December 19, 2019
Written by Miroslav Tomoski