Chinese tourists have reportedly been traveling to North Korea to stock up on bulk shipments of cannabis, which is legal for cultivation, use, and sale. 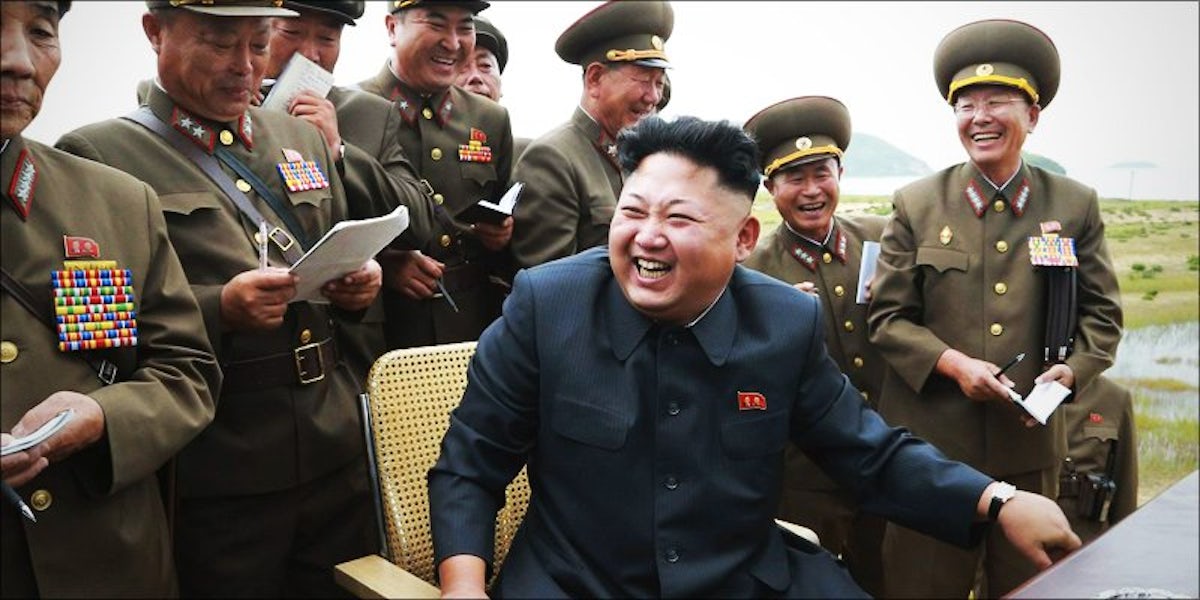 Chinese tourists have reportedly been traveling to North Korea to stock up on bulk shipments of cannabis, which is legal for cultivation, use, and sale in North Korea, through many other substances are not.

Cannabis, referred to in North Korea as yeoksam, is currently classified as an oilseed crop in North Korea, with authorities seeing it as an essential oilseed.

The country’s western neighbor, China, has had a long-standing ban on the cultivation and use of cannabis. However, China does allow for industrial hemp to be used in other commercial ventures, such as rope-making and textile manufacturing.

China in recent years has also secured patents on over 300 patents related to cannabis.

As such, enterprising Chinese tourists have seen an opening in North Korea for a potential financial windfall. They have reportedly been traveling to North Korea’s Rason Special Economic Trade Zone – a designated controlled area near the border with Russia and China – in which they are able to procure the substance at heavily reduced prices.

According to one source, the tourists are apparently already making a killing selling North Korean cannabis.

People in Rason buy the large quantities of buds of yeoksam from residents and pay 30 yuan (US$4.30) per kilogram (2.2 lbs.), and then sell them for 500 yuan (US$72) per kilogram to Chinese people.

North Korea has had a relatively tolerant view of cannabis use and cultivation dating back decades.

The country’s former supreme leader, Kim Il Sung, allowed for the cultivation of cannabis to combat a shortage of cooking oil in the country during the 1980s.

The substance now grows wildly in many parts of the country due to cannabis plants being cultivated in years past.

Cannabis has thus become so ingrained in North Korean society that many North Koreans are unaware that the substance remains illegal in countries abroad.

According to Sokeel Park, a researcher and strategist at the California-based Liberty in North Korea, the North Korean government pays little attention to the cultivation and use of cannabis.

Cannabis grows wildly in North Korea and has even been sold abroad by government agencies as a way to earn foreign currency… It’s not clear what the official law on the books states, but in any case, marijuana… is not prioritiezed by the government and is therefore not treated as an illegal drug.

Cannabis use is reportedly quite popular among the North Korea’s poorer citizens.

While cannabis use in North Korea is not considered a problem, the country does appear to have issues with other illicit substances.

The country has been suspected for decades of being a haven for drug trafficking, as well as rampant substance abuse.

Meth use, in particular, has been documented as being rampant in North Korea. One report from a researcher at the University of Missouri indicates that the manufacturing of the substance, as well as other illicit activities, has been used by none other than the North Korean government to raise money since the 1970s.

The widespread meth usage has reportedly led to a government crackdown, which, according to one source, has only driven the drug trade further underground.

Some residents with strong addictions are even traveling to areas where the drugs are produced. In the past, you could get meth in provincial black markets, but these days this has become more challenging, so people are seeking out places where [it’s] still being made.