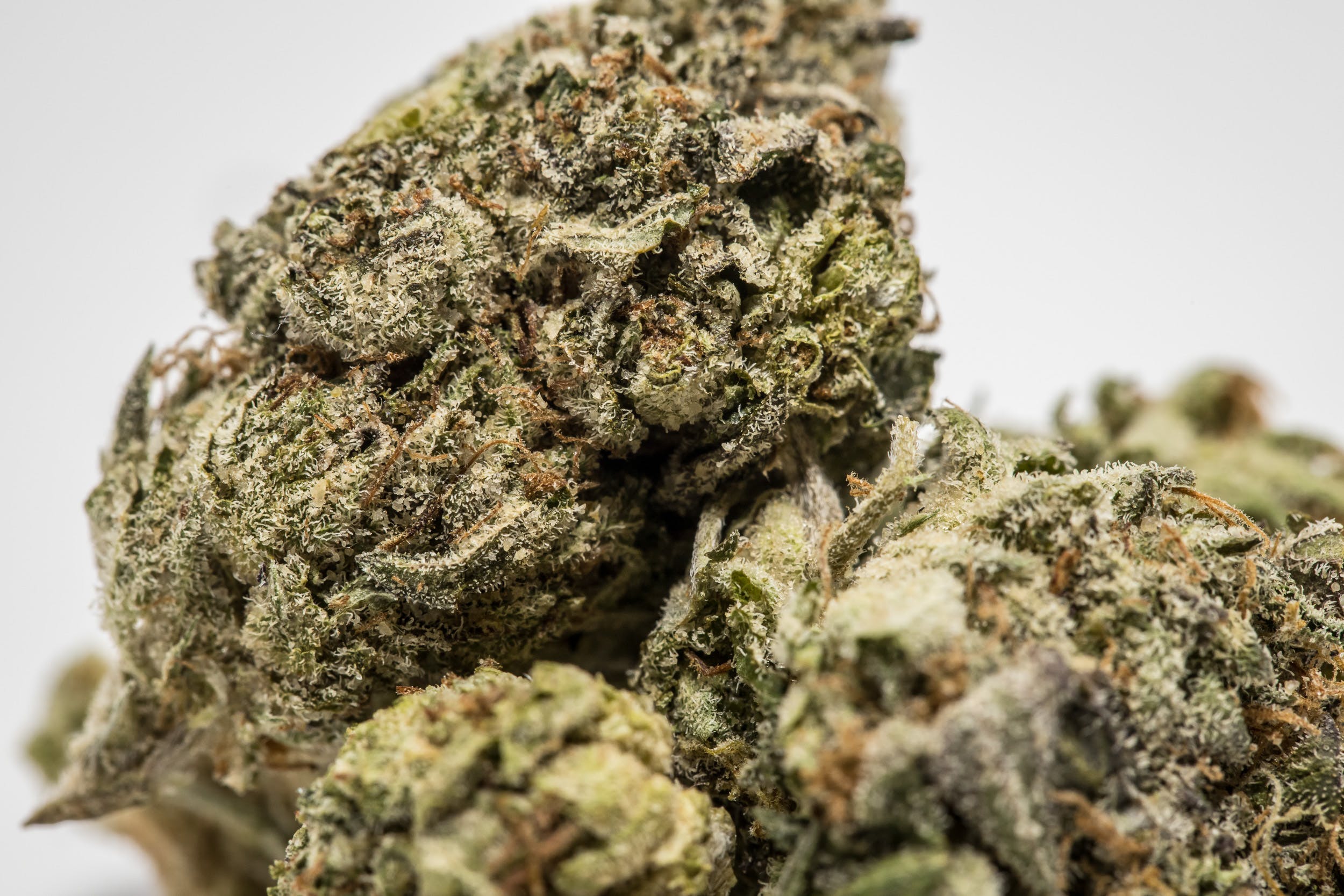 Bubba Kush is an Indica marijuana strain rich with trichomes and terpenes. Death Bubba has sweet lemon flavors and will make you feel relaxed, happy and uplifted.

Death Bubba is the creation of Sea to Sky’s Matteo Suleyman and brings together Death Star and Bubba Kush to produce a powerful Indica experience for marijuana consumers to enjoy. This British Columbia native, loaded with trichomes and terpenes, boasts high THC content and lemon, pine and sweet flavors.

With it’s 70:30 Indica / Sativa split, Death Bubba offers cannabis enthusiasts both a sedative body-buzz and a rippling head high, thanks to this strain’s THC content, which ranges from 18-25%. After about an hour of a Sativa-like buzz, during which marijuana consumers can expect to feel focused and uplifted, the deep Indica effect of the plant reveals itself. Relaxation, spaciness, and introspection are a part of this phase of the high, eventually giving way to a deep, almost death-like sleep (hence the name). Consumers who frequently choose this particular weed report feeling well rested and refreshed afterward.

Weed enthusiasts can enjoy this strain in a number of different ways, including;

Death Bubba boasts a strong, musky aroma of both earthiness and pine. Its flavors are somewhat similar, but also offers notes of sweetness and lemon with some spicy and woody tones. Some cannabis consumers will note a pungent flavor on exhale, but nothing that would make the strain unpleasant to novice or experienced weed connoisseurs.

The potent Indica effects of this strain can produce a degree of couch-lock for some marijuana consumers, and some lingering drowsiness. Experienced and novice cannabis enthusiasts alike will notice dry mouth and dry eyes as some typical side of this strain.