Galactic Jack is a spunky yet relaxed sativa that can help you get things done. Strong aromas of citrus and pine accompany a focused and uplifting experience. 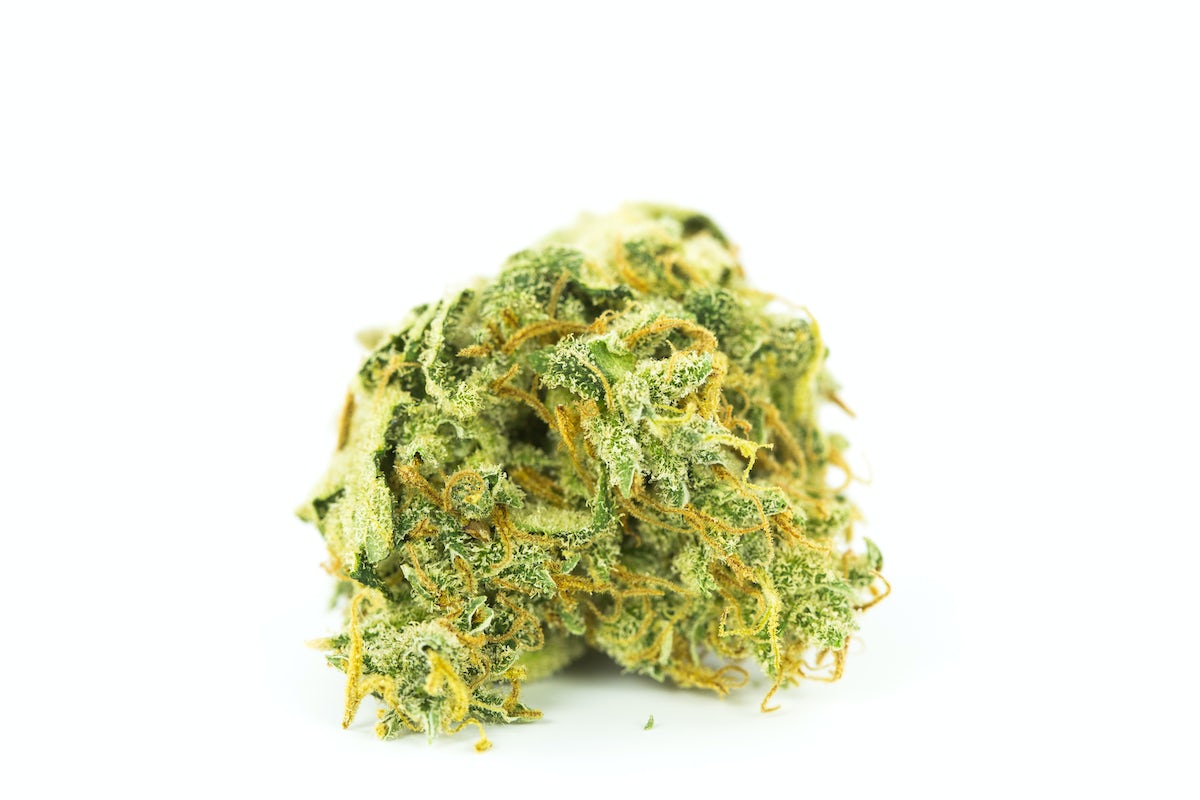 Galactic Jack is a spunky yet relaxed Sativa that can help you get things done. Strong aromas of citrus and pine accompany this focused and uplifting experience. If you’re in search of a daytime stress-fighter that won’t cause sedation, this is it. Galactic Jack provides a very smooth and upbeat cerebral high, along with a very mellow physical relaxation.

Galactic Jack is a Sativa-dominant cross between Jack Herer and Space Queen.

Jack Herer is one of the most popular Sativas in recent history, though it is far more likely to find a Jack hybrid on dispensary shelves these days. Galactic Jack is one such hybrid.

The Herer and Space Queen cross resulted in a flashy and fast-acting Sativa. This herb provides an energizing yet mellow mental experience.

A great choice for getting things done, this strain is speedy enough to help you focus and maintain concentration, yet it is not a particularly racy or psychedelic strain.

Recreational consumers will appreciate the moderate to high levels of THC in this bud. On average, Galactic Jack produces between 16 and 26% of the psychoactive.

Those with little cannabis experience should be cautious with this strain, especially if the sample is on the higher end of the THC scale. Though overall, this strain is easy and upbeat.

The above version of Galactic Jack was bred by TGA Subcool Seeds. However, another version has been popularized by Sin City.

As if the speedy experience wasn’t enough, this herb’s delightful flavors and aromas are truly out of this world. The scent is primarily that of sweet lemons. Marijuana connoisseurs will also detect pine, pepper, and a damp woodiness.

When combusted, this herb unleashes a delightful citrus smoke. This strain’s lemon, lime, and grapefruit flavors are a real treat for cannabis enthusiasts.

Galactic Jack’s loosely packed, almost fluffy buds are fern green with a smattering of orange pistils. These nugs are decently frosted with white trichomes, making for some slight stickiness.

Why do people use Galactic Jack?

Galactic Jack is an excellent recreational strain. This is a top choice for going to a baseball game, picnic, or another chill outdoor event.

This isn’t the best strain to take on a strenuous bike ride or a marathon, but it does provide the perfect mix of mental stimulation and relaxation for just about any social event.

Many medical cannabis patients rely on it for relief from mental health conditions. This strain is popular among those with depression, anxiety, and other mood disorders.

Unlike other Sativas, Galactic Jack is not associated with raciness or anxiety, though a few consumers report paranoia.

The easygoing nature of this strain makes it a well-suited daytime choice for mental health patients needing relief without sedation.

Additional medical consumers swear by this strain for appetite stimulation and as an anti-nausea solution.

Many medical marijuana patients enjoy this strain, particularly in the morning, thanks to the range of relief it can offer them.

Enjoy the latest and greatest from Herb, enter your email below to get exciting cannabis updates delivered to your inbox.
December 13, 2016 — Last Updated
Written by Anna Wilcox