Mean Green is a niche Sativa-dominant Hybrid strain that combines a hypnotic mental state with a slight but cozy body high, with a strange, contradictory aroma. 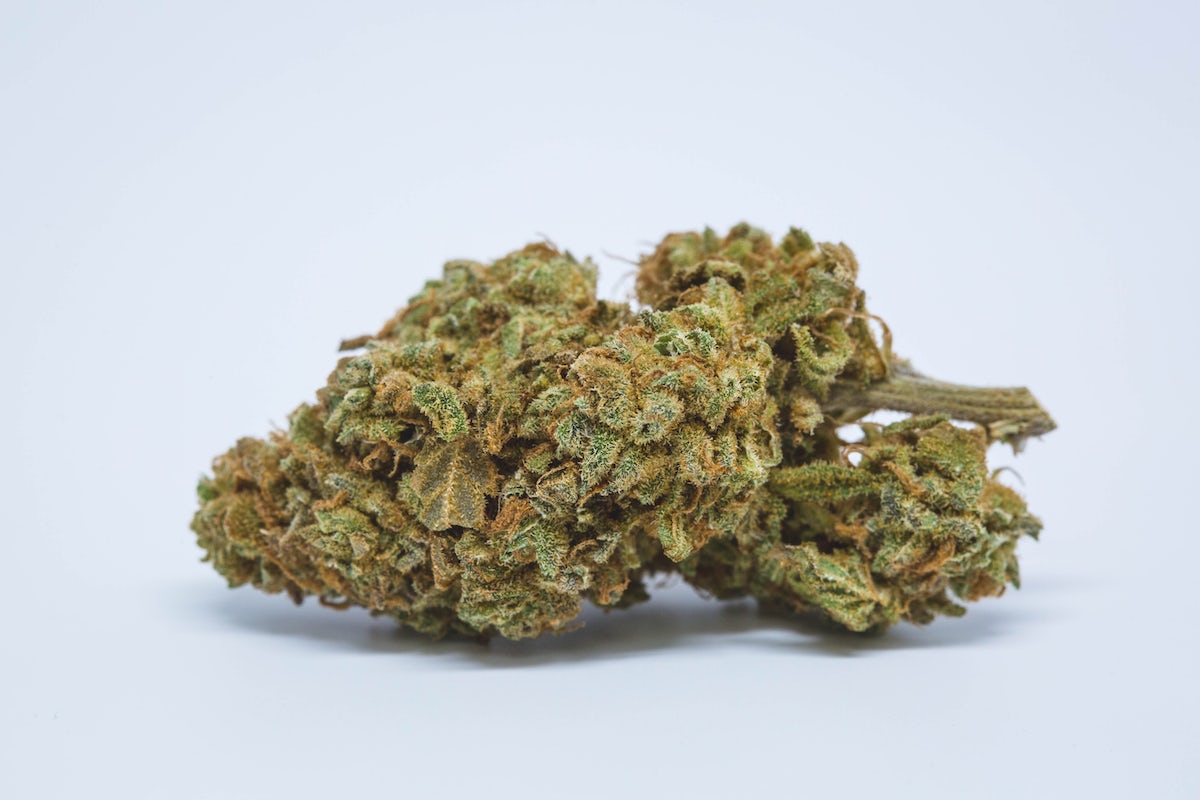 Mean Green, also known as Martian Mean Green, is a somewhat obscure Sativa-leaning Hybrid. It doesn’t deserve its obscurity, being that it’s a pretty pleasing marijuana. Perhaps consumers are scared by its odd name. It’s mostly oriented towards heady, cerebral effects that will get you feel creative, although it does have a slight bodily effect.

Mean Green is only a half-appropriate name for this cannabis, which is bright green, but not mean in the slightest. It’s slightly Sativa-leaning and descended from Sharksbreath and G-13. As a result of its genetics, it’s about mental effects first, and bodily effects later.

Following inhalation, cannabis enthusiasts will get a racy headrush, provoking a creative or philosophical state of mind, with a fair amount of focus. This is fairly persistent and moderately intense. The more physical high that follows is subtle, but it is there and is just potent enough to make this weed appropriate for some minor pain relief duties.

With 18-22% THC, it requires respect and might be most enjoyable for the experienced weed consumer who wants to enjoy a significantly altered state of mind.

Depending on the batch, this strain, as the name indicates, can indeed be an almost neon colored cannabis, and is decorated with reddish-brown pistils. The aroma is quite unconventional, in that it’s highly skunky and a little cheesy, but also quite sweet.

Marijuana enthusiasts report smells of vanilla, candy, and citrus. The smoke produced by it also carries a contradictory and nuanced flavor, and is reportedly pleasantly smooth.

The only time this herb is even a little mean is when it’s put up against a number of medical conditions and symptoms — it has a tendency to scare them away.