White Buffalo is a Sativa-dominant marijuana strain that provides a clarifying cerebral rush, along with an unusual and satisfying flavor. 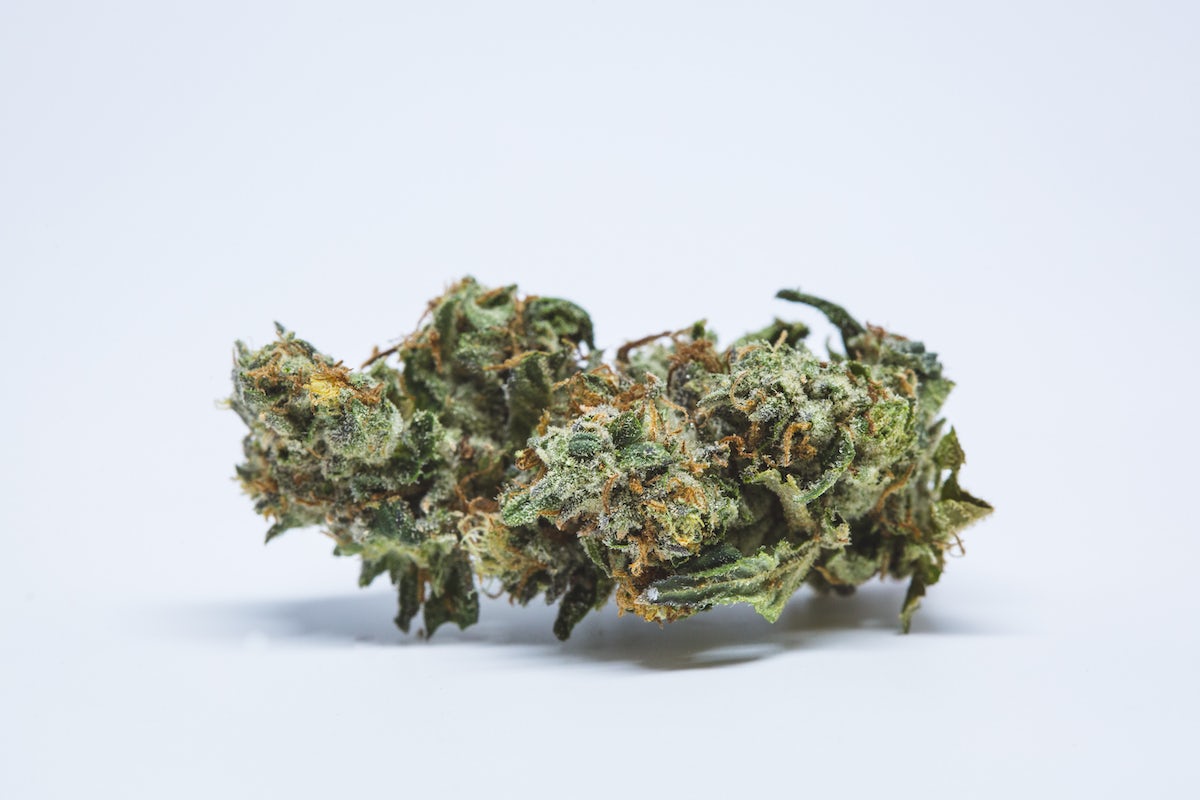 White Buffalo is an impressively powerful Sativa-based strain. As its name suggests, it’s quite hard to find, but if you’re in search of a clear, compelling head high, it’s worth the search. Marijuana enthusiasts report feeling buzzy and focused, with a feeling of head pressure that you’ll either find enjoyable or overwhelming, depending on your preferences.

Just in case you’re wondering what the name means: a “white buffalo” is something that’s nearly impossible to find. That’s not entirely true of this marijuana, which is bred from Romulan, Blackberry Kush, and Bay 11. However, it is rare.

That’s unfortunate for fans of head-clearing Sativas. The strain delivers a gripping, cerebral buzz that comes along with a highly focused happiness. The feeling is obsessive, in a potentially nice way: it’s one of those marijuana strains that’ll make consumers contemplate the universe and then thoroughly clean their houses.

It’s fairly powerful, too, and it has some great medicinal effects. While off on a head trip, marijuana enthusiasts might notice their nausea, anxiety, and pain disappearing. As well, some will find that the White Buffalo is a happy-making animal, as long as they don’t mind having dry mouths.

This weed has a really intriguing smell, which could almost be called exotic. It’s sweet and sour, but also quite herbal, and carries notes of pepper and pine. The smoke produced by this cannabis is very smooth and has a slight minty essence.

Visually, there’s nothing particularly distinctive about this cannabis strain. It’s much more notable for its effects and aroma.

While many people may feel relief from their symptoms is impossible to find, medical marijuana patients who come across this White Buffalo know otherwise.