As with most things’ cannabis, conclusive evidence is only in its early stages and medical marijuana practitioners seem to be scarce. Most of the evidence we have that point to marijuana as a valid treatment for chronic pain conditions is usually anecdotal and empirical. But anecdotal and empirical is often enough when dealing with overwhelming symptoms of pain. So here's a list that intends to point you in the right direction when it comes to pain management. 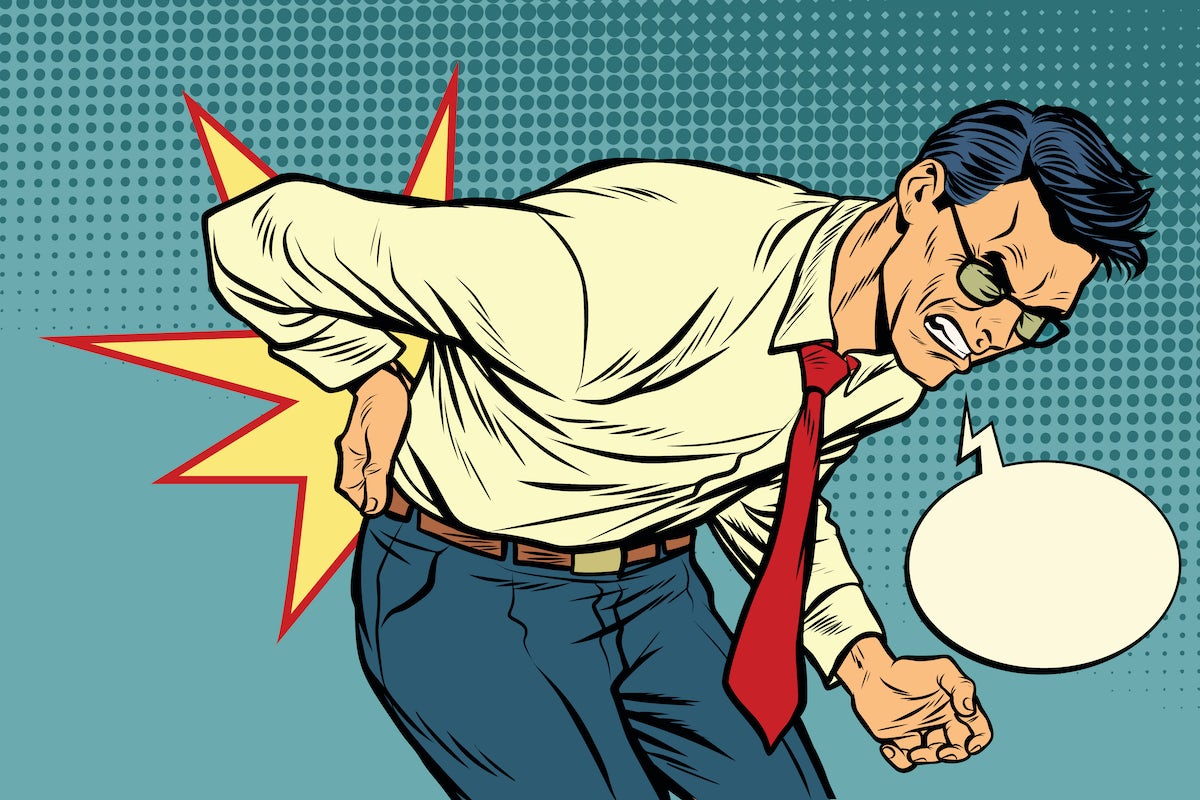 What I’m trying to get at is, if you’re consuming marijuana there’s likely to be a very specific reason why you’re doing it. Perhaps it helps with anxiety, depression, or insomnia. In this case, we’ll be discussing the best strains you can use to control and manage pain. 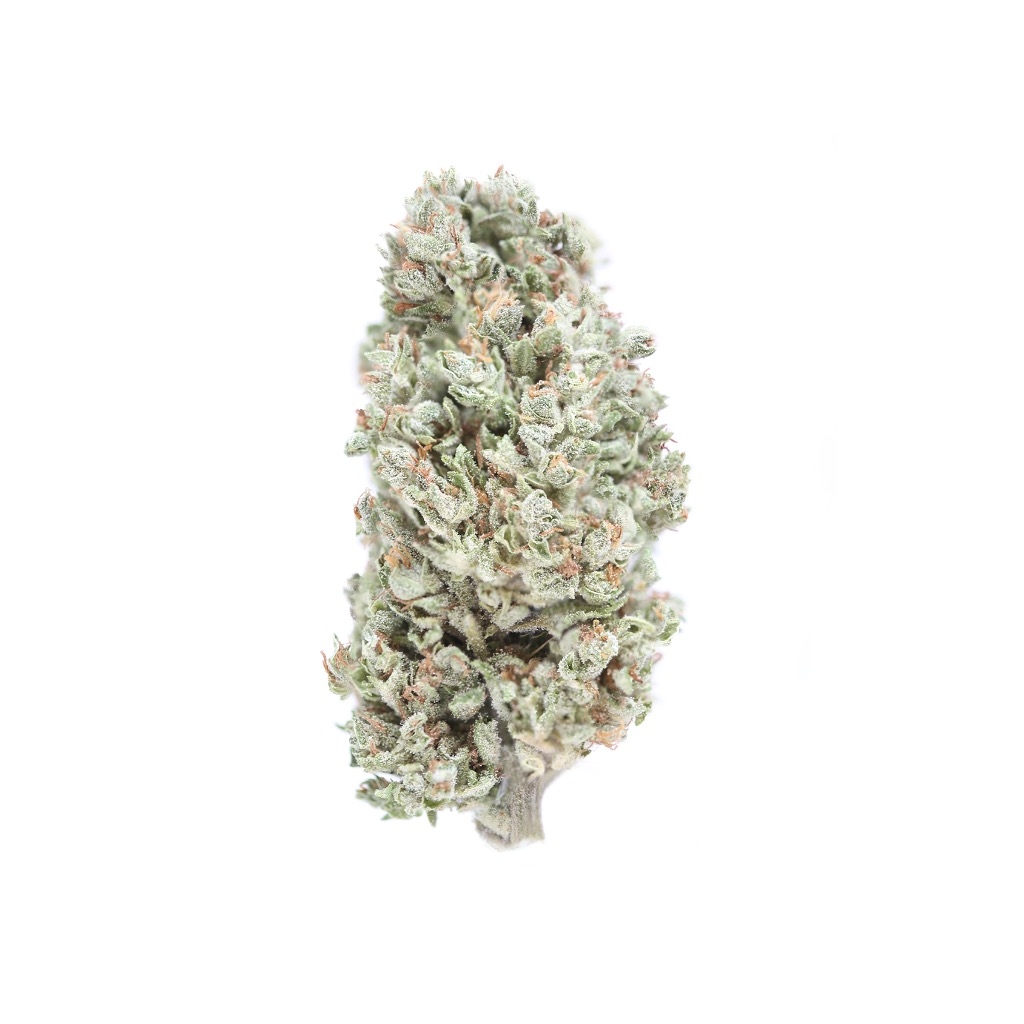 When it comes to pain relief, the best cannabinoid out there is not CBD, it’s CBG. And this is the best CBG flower out there in today’s market. CBG has been found to have a myriad of properties, one of the most important ones being pain relief. It has most of the same calming and relaxing effects that CBD does, but without making you tired, sleepy, or droopy. This means that you can smoke CBG flower throughout your day to treat chronic pain without having to get cozy.

This is one of my personal favorites to use for pain management. I managed to get my hands on a breed that included 10% CBD. It seems to be this is quite rare but if you do find it with these specs, doubt not to purchase. I like taking this one in the evenings right before I go to bed. This mixture between Norther Lights and OG Kush puts me in a sleepy and painless state.

A mixture between the classic Jack Herer strain (named after the emperor himself) and Black Kush 98. This one’s a 55% Sativa and 45% Indica, it personally gets me pumped and fidgety, but also makes me forget about my pain. That does not mean that it makes me forgetful or unfocused, on the contrary, it will get you in a creative and socially active frame of mind. Awesome strain to smoke with friends. But don’t take it if you don’t want to get the munchies… you’ve been warned 😊

You’ll find that many of the strain on the list are not on many other lists for pain strains, the reason for it is that I try to stick to products I’ve tried myself. Which is the case with White Widow. This strain makes me a little forgetful, but it also uplifts my mood to a point where pain becomes pretty much a distant memory. I find that pain will still linger in the background of my mind, but it’ll definitely take a minor role in your day when smoking this strain.

A strain that’s mostly known for Snoop Dogg’s vote of confidence. GP is an Indica-dominant strain that will sit you on your butt. But before it’s lights out, you’ll become creative and giggly. What does this have to do with pain? Not much, apart from the fact that laughing is the best medicine. But in all seriousness, GP provides an almost physically numbing high that will mitigate any pain you were feeling before smoking it.

Although a crossbreed of this strain has already made it on the list, it’s never enough with Jack Herer if you ask me. The strain the bears his name is a Sativa-dominant alternative that enhances creativity, uplifts, but most importantly, helps you deal with pain in a healthy manner. Rather than physically numbing you, this strain feels like it just melts the pain away and allows you to move normally once again.

If you were looking for a nighttime strain, you’ve found it. An almost 100% Indica, this instant classic provides a body high that allows you to cope with physical pain and is said to contain anti-inflammatory and painkilling terpenes. Remember, not everything about weed’s magic is in the cannabinoids, terpenes, and flavonoids can also take on a major role in the game.

How Is Cannabis An Effective Pain Treatment?

As with most things’ cannabis, conclusive evidence is only in its early stages and medical marijuana practitioners seem to be scarce. Most of the evidence we have that point to marijuana as a valid treatment for chronic pain conditions is usually anecdotal and empirical. Meaning that it has been mostly documented by consumers and not in clinical studies.

The scarcity of evidence does not mean that there isn’t any. So we’re not trying to say that there aren’t tons of clinical studies out there that close in on the effectivity of marijuana as a treatment for chronic pain.

As the research from Hill (2020) would suggest,

“Medical marijuana is used to treat a host of indications, a few of which have evidence to support treatment with marijuana and many that do not”.

Hill also goes on to suggest that,

Pain Symptoms That Can Be Treated With Cannabis

As a person with chronic hip pain (derived from a hip surgery that healed wrong), which has also driven my body to act out with pain in other parts like the knees and lower back, I can truly say that marijuana has been an extraordinary source of relief. But as discussed early in the intro to this article, that only counts as anecdotal patient evidence (rather than its conclusive clinical counterpart).

But if anecdotal evidence is enough for you, I can personally vouch for:

If you don’t particularly care about those symptoms of pain, then we can assuredly say that medical marijuana has also been used as a treatment for pain related to:

And we could just go on and on in the list, but I think this covers most of the symptoms people are treating with marijuana.

The above is a list of different compositions of strains, ranging from 100% Indicas to 100% Sativas. There’s no real link between a specific type (indica or sativa) with pain management, apart from the fact that Indicas are more commonly related to CBD content, which could potentially induce additional effects relevant to pain-relief. Whether it’s a morning strain or an evening strain you’re looking for, you’ll be able to find at least one version of each that can help with pain symptoms. 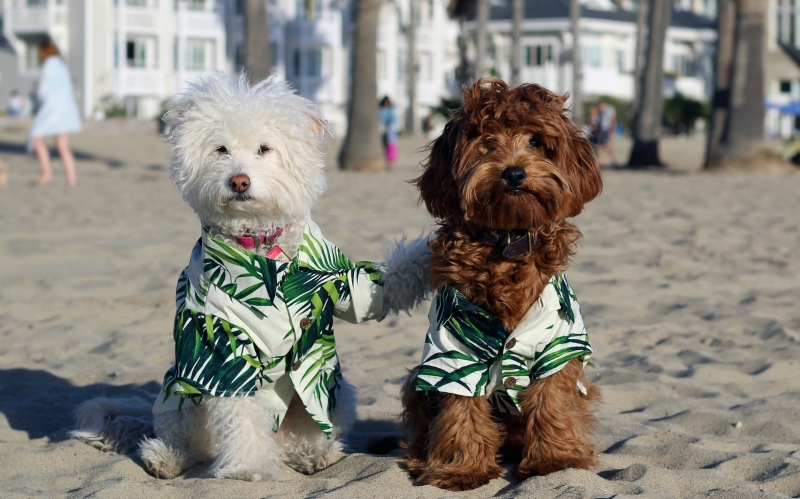 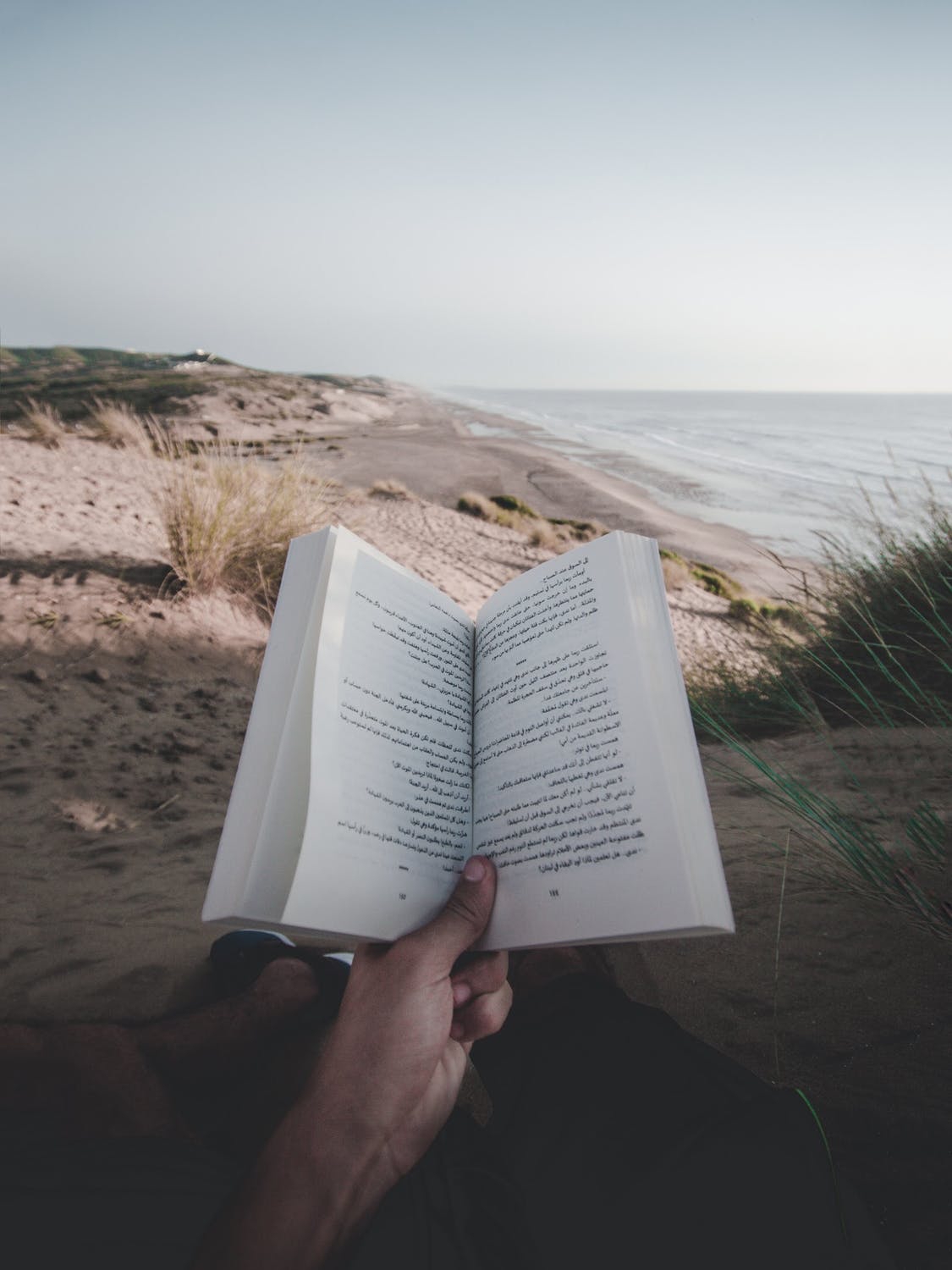 Put down the phone and crack open one of these books after a refreshing sesh. 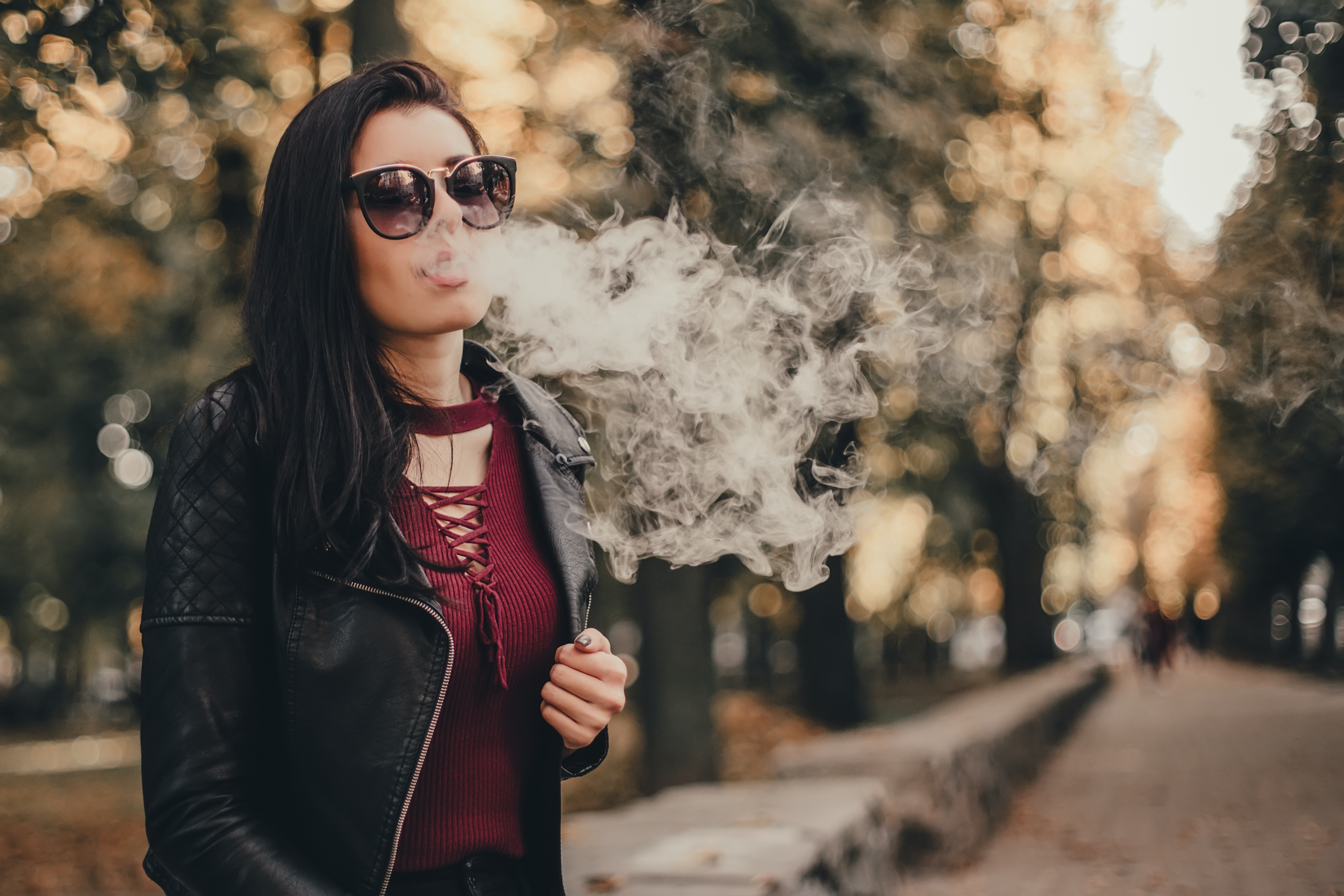 Cardiff’s promise is that their products always deliver ‘feel good’ happiness, and as far as their CBD cartridges go, there’s a lo…