How to get weed across the border

While success is never guaranteed, there are precautions you can take to minimize risk. 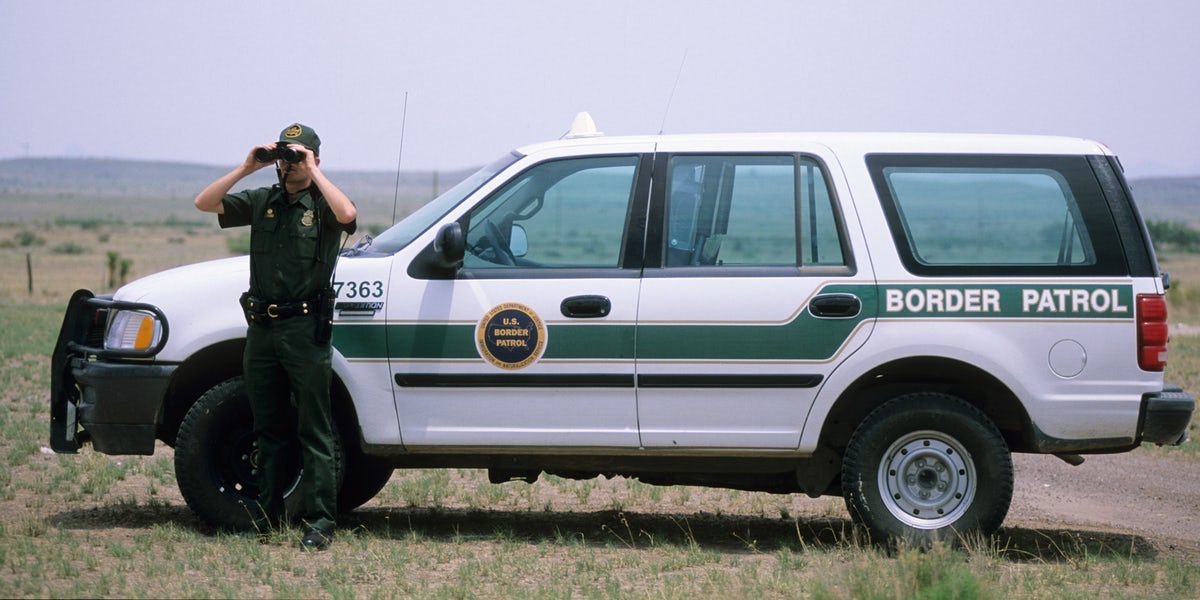 There are few greater thrills than being high in a foreign location. And if you’re a marijuana enthusiast who likes to travel, you may (understandably) feel that you haven’t truly experienced a place until you’ve smoked weed there. That’s why sneaking weed across the border, although scary, can feel like a necessary risk.

While success is never guaranteed, there are precautions you can take to minimize this risk as much as possible. So without further ado, these are the three best ways to sneak weed across an international border.

Hide your weed in your body

For the excessively paranoid, this is your best bet. Even if the border patrol agent flags your car for a random search, they’re not going to make you strip naked, bend over and cough. You could go about this method in two ways, both of which first involve you putting your weed in a plastic bag and then putting that bag into a condom. We’ll get into why a condom works best in a moment.

The first method is to put your condom full of weed directly into your anus. The reason a condom works best for this method is that the outside of the condom is pre-lubricated. This will make for an easy insertion. When you get across the border safe and sound, the long, stretchy nature of the condom will make it easy to pull back out of your anus.

The second method is to swallow your condom full of weed. Research shows that it takes approximately 33 to 50 hours before something you eat can be passed out the other end, so bear this in mind. This is a fairly disgusting method, as it will require you to dig through your poop once you’ve safely crossed the border, but it’s also the most secure.

Hide your weed in a food product

This method is for the less paranoid types. It’s fairly easy to cross the border with weed this way, so long as it’s well-hidden and you’re not looking to smuggle a significant amount. Your first step is to put your marijuana in a smell-proof bag—preferably one that’s thick. Double, triple or even quadruple bag your marijuana just to be safe. Then, take this bag and bury it deep inside of an opened container of peanut butter until the bag is well hidden and not visible. Peanut butter works great because not only does it throw off any potential K-9 units, but it’s an extremely common food that isn’t restricted by border patrol. Once you’ve safely crossed the border, simply dig your weed bag out of the peanut butter jar.

Hide your weed in a vehicle

This method is for travelers who are crossing the border in a bus. Your first step is to hide your weed in a discrete container, such as the peanut-butter jar mentioned in the last paragraph. The smaller the container, the better. It’s also good to choose a container that isn’t related to you or anything else you have on you. For example, don’t conceal it in a peanut butter jar if you also have a loaf of bread in your bag. If you’re a non-tobacco smoker, you could try wrapping your weed in smell-proof bags and putting it in a junky-looking cigarette package.

Then, when the bus prepares to cross the border and everybody is exiting the bus, discretely drop your container somewhere inside the bus. The point of this is so that, even if the weed is found, the police won’t be able to trace it back to you. Like everyone else on the bus, when asked, you’ll simply play dumb. The worst case scenario here is that the police confiscate your weed. If the container of weed isn’t found, however, you’ll simply pick it back up once you’ve safely crossed the border.

August 14, 2019
Written by Herb
Save for later
Start saving articles by clicking the heart icon and you'll find them again in your profile page.

Get 20% off premium weed and discover the latest products, news, and deals in cannabis.
August 14, 2019
Written by Herb

Jetty's tight-knit, passionate team of cannabis connoisseurs have been working together from the start, creating groundbreaking pr…

Don't be giving out these treats to trick-or-treaters, or else you'll face the wrath of the angry parent.

We all have, at some point or another, had to carry some flowers for later use. This normally doesn’t have a lot of mystery to it,…

When looking for a convenient, compact, and on-the-go high, check out the line of vape cartridges from Legion of Bloom.

Travel to the West Coast and bask in the Pacific sunshine with the premium cannabis products from Pacific Stone.