Cannabinol (CBN): The Cannabis Chemical That Helps You Sleep And Eat

Early research suggests that those with insomnia, asthma, psoriasis, and pain may one day benefit from the cannabinoid CBN. 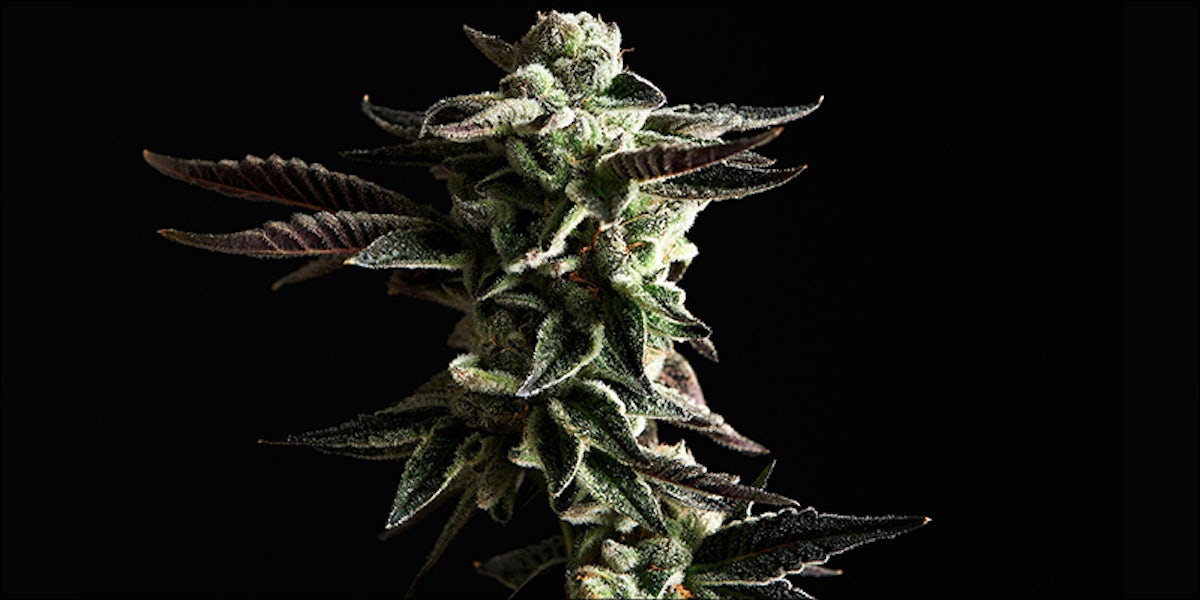 Struggling with insomnia? What about appetite and the ability to keep on weight? Or, do you simply prefer a more sedative high? When it comes to cannabis, all of these factors have one thing in common: cannabinol (CBN). Cannabinol is one of an estimated 113 unique chemical compounds called cannabinoids. As the name might suggest, these cannabinoids are found in the cannabis plant. But what exactly is CBN and why should you care about it? Here’s the scoop on this sleepy chemical.

What is cannabinol (CBN)?

As mentioned above, cannabinol (CBN) is a cannabinoid. Cannabinoids are the active components in the cannabis plant that provide medicinal and therapeutic effects.

Unlike many other cannabinoids, CBN is not typically present on fresh cannabis flowers. In fact, even in dried and cured strains, the percentage of CBN often doesn’t reach more than one percent.

CBN is actually a breakdown product of the most famous cannabinoid, tetrahydrocannabinol (THC). THC is the primary psychoactive in the plant, and its what causes the plant’s classic “high”. As THC ages, it transforms into CBN.

Typically, more CBN is found in buds that have gone stale. While that may sound unappealing, the cannabinoid has several surprising benefits. In fact, high-THC strains that contain higher levels of CBN are thought to provide a more sedative, couch-locking effect.

If you happen to find a strain high in THC, CBN and a flavor molecule called myrcene, you can expect some serious yawns. However, sedation isn’t the only benefit that CBN provides. In general, the compound is considered nonpsychoactive. Research in human cells has shown that CBN has only a mild ability to activate the same cell receptors as THC.

However, a small 1973 study performed in humans tested the effects of cannabidiol (CBD), THC, and CBN injected through an I.V. The study found that CBN could produce some of the typical effects associated with cannabis, though only in dosages much higher than the standard amount of THC.

Why care about CBN?

While research on the cannabinoid is lacking, early evidence suggests that the compound may be more beneficial than you might think. Here are nine reasons why you should care about CBN:

As mentioned above, CBN is a sedative. In fact, research from as early as 1976 found that the drowsy effects of this cannabinoid are amplified when it is combined with THC.

As a stand-alone molecule, however, CBN is thought to produce little to no psychoactive effect. To get the most from this cannabinoid, pairing it with other cannabis compounds may be your best bet.

Researchers at the School of Pharmacy at Berkshire’s University of Reading put CBN to the test in male rats. The scientists found that the cannabinoid can increase appetite, making it potentially helpful for those with wasting diseases who want to avoid the psychoactive effects of THC. The second most abundant cannabinoid, CBD, acted as an appetite suppressant.

THC and CBD were similarly effective, though both of them were more effective than CBN. Still, CBN did successfully quite convulsions triggered by an electroshock test.

It also prevented the overproduction of mucus in the lungs. This may be useful for those who have asthma or who experience respiratory allergies.

Some cannabis experts suggest that this anti-inflammatory potential may be useful in reducing eye pressure associated with conditions like glaucoma.

Surprisingly, CBN may be a powerful, nonpsychoactive antibiotic. Research from 2008 found that CBN successfully killed methicillin-resistant Staphylococcus aureus (MRSA), which is an antibiotic-resistant staph infection.

MRSA is extremely painful and can result in amputation or even death if the infection is not controlled. CBD and THC also successfully killed the bacteria.

Though far more research is needed, scientists have discovered that CBN triggers stem cells in bone marrow. This could theoretically help with bone formation, which may be useful for those with broken bones or for those in need of joint replacements. However, it’s difficult to tell whether or not CBN is actually useful at this point.

A study from 2002 found that CBN and THC activate the same pain pathway in the body. Interestingly, these two molecules tap into nerves known as the “capsaicin-sensitive sensory nerves”.

These nerves earned their name because they are also triggered by the active component in hot peppers, called capsaicin. Capsaicin, like both THC and CBN, is often included in topical pain ointments and salves.

Research dating back to the 1980s has found that CBN can have a hypothermic effect, meaning that it can lower body temperature. This might be particularly useful to use in the topical treatment for burns, providing a cooling and pain-relieving effect.

The mechanism of action for this property may be caused by the cannabinoid’s ability to activate a cell site called the TRPV2 receptor, which typically only kicks in when the skin is exposed to high temperatures.

Early research suggests that CBN may be beneficial for patients with psoriasis. The cannabinoid seems to decrease the proliferation of keratinocytes, a type of skin cell. In psoriasis, these skin cells are hyperactive and grow to create patchy sections of skin. This skin can then slough off.

Treatments which prevent the runaway proliferation of these skin cells could be extremely useful for those with the autoimmune condition. Cannabigerol (CBG), another cannabinoid, has shown similar potential.

How to find CBN

The best way to get more CBN? Age your flower. If you’re growing from home, push your harvest time back. Let trichomes begin to develop amber coloration prior to cutting down your plant. Then, it’s time to dry and cure.

Coaxing out CBN is not an exact science. Since CBN is a breakdown product of THC, different environmental factors may either speed up or slow down the conversion process. There are four primary factors that break down THC. These include:

Buds that have been sitting out for a while and have gone stale tend to be higher in CBN. However, no one likes to smoke or vaporize stale flower. The real trick is to try to allow the THC to degrade without sacrificing the overall quality of the bud.

To do this, setting your cure jars in bright warm place with a 65 percent humidity pack is likely helpful. Poking a few small holes in the top of the jar to let out built up humidity may be necessary for a time while the THC degrades. Burping the jars might also be useful if the buds seem to evaporate

Though, it’s important to keep a close eye on your stash to make sure the plant matter does not get too brittle or dried. In the event that your flower is drying too fast, it may be best to put them in a size-appropriate air tight container and keep them in a cool dark place. Strains cured for a long amount of time in a relatively warm space are also likely to have more CBN.

Enjoy the latest and greatest from Herb, enter your email below to get exciting cannabis updates delivered to your inbox.
June 03, 2017 — Last Updated November 29, 2019
Written by Anna Wilcox