Have You Heard Of Garda Hash From Afghanistan?

Do you know what garda is? This traditional cannabis preparation is used to make some truly high-quality, hand-rolled hashish. 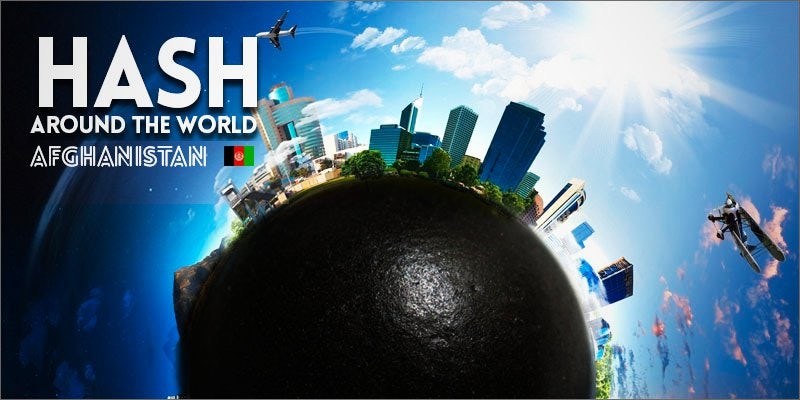 Garda is a preparation of cannabis resin found in Afghanistan, Pakistan, and the Kashmir region. This piece focuses specifically on garda from Afghanistan and is based on of the U.S. funded Afghanistan Cannabis Survey of 2009. Though the emphasis here is on Afghanistan, it’s important to note that this form of tradition hashish production is far older than modern state boundaries. Without further ado, this Hash Around The World segment is all about garda in Afghanistan.

Traditional hash production is similar from country to country. However, each region puts its own spin on the process.

In Afghanistan, kief extraction is incredibly important. Cannabis plants are subjected to various amounts of processing before being made into hashish. The amount and type of processing determine the quality of the hash.

Afghan hashish is made primarily from short, indica plants. After plants are harvested and dried, they are threshed and sieved. The threshing process removes kief resin from the plant material, creating a fine powder.

In this powder is called garda. Garda is primarily resin, but can contain other plant matter as well. Harvested cannabis materials are sieved multiple times to extract as much resin as possible. This leads to products of varying grades.

Different price points signify the quality of the completed hash. Hashish made with first garda is significantly more potent and expensive than hash made with lower gardas as it contains more resin.

Where can you find the best garda in Afghanistan?

Garda is processed differently in different regions of Afghanistan. Garda from the Northern Afghanistan is thought to contain the most resin. This garda is called Balkhi garda. This garda contains mostly resin, while garda from Central and Eastern Afghanistan includes cannabis leaves in the mix. These regions also mix lower gardas with each other to increase the overall yield but decrease the quality of the product.

This garda contains mostly resin, while garda from Central and Eastern Afghanistan includes cannabis leaves in the mix. These regions also mix lower gardas with each other to increase the overall yield but decrease the quality of the product.

The varying qualities of garda make Afghan hashish quite different than hashish from other countries. While hash made from first garda is similar to other high-quality hash products, the hash made from second and third garda is sort of like dried, compressed plant bits covered in kief.

Cannabis has been cultivated in Afghanistan for thousands of years. We have the region to thank for such landmark strains as Afghan Kush. All of the many generations of production have given residents of this area ample time to build strong cultivations and processing traditions.

One striking feature of traditional Afghan hash is that it is heated. Moroccan and Lebanese hash, by comparison, is dry sieved and pressed without heat. In Afghanistan, garda is moistened with water, heated, and then hand-pressed into balls of hash. As a very time-consuming and ancient method of processing, hand-rolled hashish can get be expensive.

Though, not all of this hash is made using these traditional methods. Today, Afghanistan is the second largest supplier of hashish worldwide. Yet, much of the exported hash uses machines to press garda into bricks which are then shipped to Europe.

This means that traditionally processed garda can be difficult to find, especially if you’re outside of Afghanistan or Pakistan. You can check out some of these more modern methods here.

Get 20% off premium weed and discover the latest products, news, and deals in cannabis.
September 23, 2016 — Last Updated December 02, 2019
Written by Anna Wilcox