Now Reading:learn | Could You Pass A Sobriety Test While High? 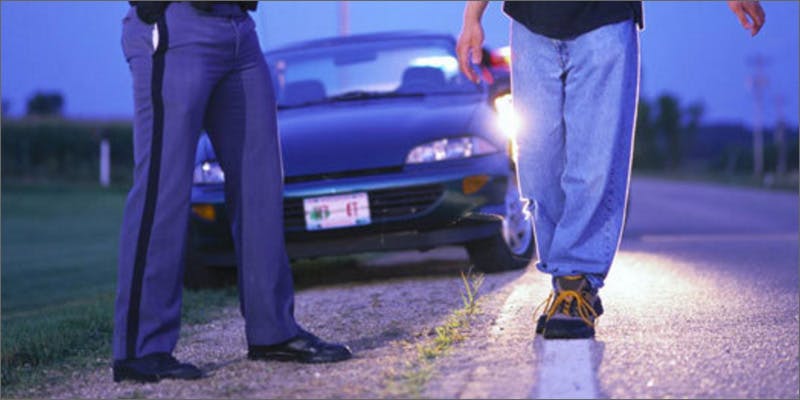 Could You Pass A Sobriety Test While High?

A sobriety test might seem like a load of easy tasks, but could you actually pass the sobriety test while high? The tasks that police officers perform to see if you are high seem easy, but they are keeping an eye out for some very subtle reactions.

The effect that marijuana has on you while performing these tasks means that you may involuntarily give yourself away to the cops. This video tells all the tricks that police officers ask you to perform in a sobriety test and the signs that tell them you are high!

Weed effects your memory and balance!

The police officer says that this tests someone´s balance but also their memory. If they are stoned or drunk they are likely to forget to count, or to lose balance and fall back onto two legs.

The officer then asks the man to do a “walk and turn”. He should walk, putting the feet heel to toe as he takes a step. In this one he is giving the instructions as the task is being performed, and says it tests a person´s divided attention and their balance.

The man is also asked to count backwards from 57, stopping at 43 without skipping or repeating any numbers. His memory and ability to accurately follow instructions are being tested here!

It´s all in the eyes

The police officer in this video is constantly asking the man to perform tricks where he can observe the man´s eyes. The first thing he asks the man to do is to follow the tip of his pen with his eyes only and without moving his head. The cop says that he´s looking for involuntary jerking of the eyes as they gaze to the side.

He then performs the same test on the man, only moving the pen left to right. He is checking to see that the eyes cross over, because they should, but might not on a drug or stoned person.

Finally, the police asks the man to perform something called the “modified rombert balance” trick. He asks the man to tilt his head back and estimate the passage of 30 seconds without counting out loud. Here he is testing the person´s ability to measure 30 seconds, as most people are usually 5 seconds out on either side. However, in this one he is also looking for tremors of the eyelids.

These tasks certainly sound simple, but the police are always looking out for involuntary actions you might not necessarily have control of when you’re high! My advice is to practice these tasks while you´re high and see if you can pass a sobriety test while you´re completely stoned!