6 Reasons Why You Smoke Weed Before Hitting The Gym

If you’re considering sparking up before a run, yoga, or hitting the gym, here are 6 things you should know about smoking weed and exercise. 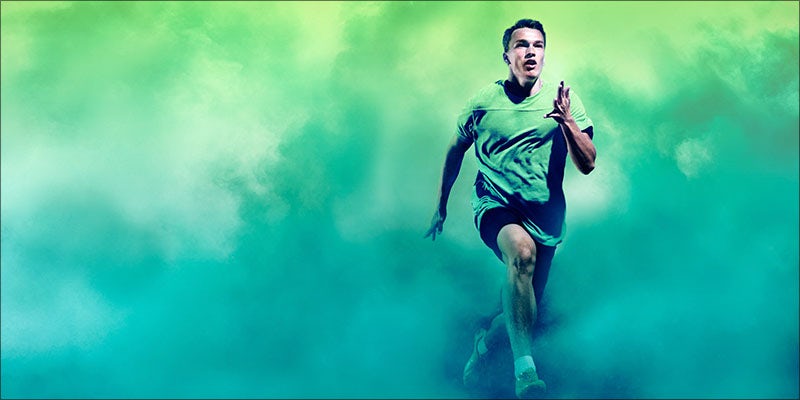 Are you in need of a little extra motivation before hitting the gym? If so, then weed may be just what you need. Believe it or not, the herb can actually make working out more fun. And just so you know, exercise can also do wonders for your high. That’s why so many athletes turn to the ganja before starting their routines. But do keep in mind that every person is different. Although a few bong rips works for some, it might not be best for others. So if you’re considering sparking up before a run, yoga, or whatever it is that you do, here are 6 things you should know about smoking pot before going to the gym.

1. Exercising while high can get you higher

Yup, you read that correctly. Exercising stoned can intensify your high. In fact, a study published in the journal Drug and Alcohol Dependence states that working out doesn’t just kick your buzz up a few notches, but it also increases the potency of your pot. Yeah, dude.

For research purposes, the University of Sydney requested that 14 weed smokers work out for a total of 35 minutes on a stationary bike. Once the time was up, they found that there were higher levels of THC in their blood. Cool, huh?

2. Weed puts you in the zone

As it turns out, toking on the ganja can help you focus on the workout at hand, rather than what’s going on around you. In other words, it puts you in the zone and makes exercising less of a drag. That’s why several runners have confessed to lighting up before a race, according to research from The Wallstreet Journal.

It’s hard to keep a consistent exercise regime throughout the week when you have to deal with muscle soreness. But by hitting the herb a couple of times beforehand, those aches and pains can potentially be avoided. The secret is CBD, one of the major cannabinoids found in cannabis. In addition to relieving inflammation, CBD combats pain to boot.

4. THCV and cannabidiol are known to speed up your metabolism

Of course, one of the main reasons people exercise is to stay in shape. Believe it or not, cannabis can help. As a matter of fact, some of the primary compounds found in the plant, like THCV and cannabidiol, can increase your metabolism. On top of that, your cholesterol levels could drop significantly.

5. However, know your limits

Did you know that weed boosts your heart rate by 20 to 100%? It’s true, according to the National Institute on Drug Abuse, even after just a few hits. So if you’re someone who suffers from a heart condition, your safest bet is to lay off the pipe before exercising. Otherwise, you could be setting yourself up for a heart attack as the effects of pot can last for as long as three hours.

And for those who are signing up for a workout they’ve never done before, steer clear of the ganja in case it’s way too intense. But if you find that you can handle it, then, by all means, blaze up.

6. Above all, know your relationship with cannabis

By far the most important thing to remember is your tolerance. It’s no secret that weed affects people differently. While a particular dose may work for someone else, it might not be best for you. So before you decide to exercise high, make sure you know just how much is too much, especially if you’re new to smoking or have never responded well to the plant.

Get 20% off premium weed and discover the latest products, news, and deals in cannabis.
September 02, 2017 — Last Updated November 28, 2019
Written by Brittney Sanger