Why does Canada love cannabis? For starters, it’s one of the coolest countries in the world for enthusiasts. You’ll want to move here after reading this! 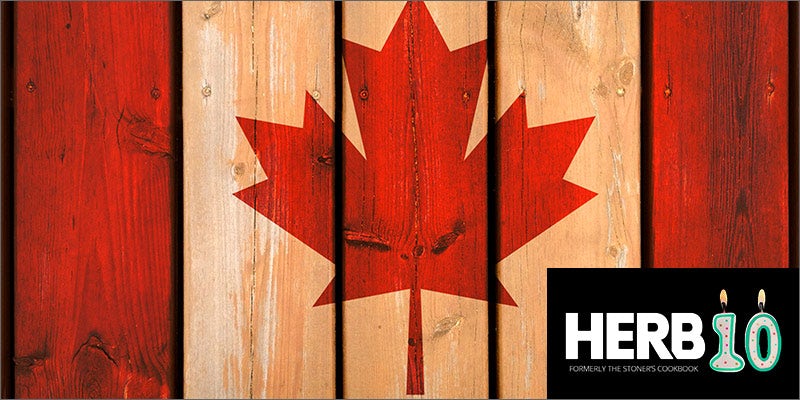 Canada loves cannabis, and has had a well-established cannabis community for decades, but what makes smoking weed in the great white north so appealing? Here we break down 10 reasons why people think Canada and cannabis go hand in hand.

Ever since the cultivation of cannabis in the Gulf Islands during the hippie era, the quality of bud in British Columbia has continually been rising. A recent University of Victoria study has found that over 50% of BC residents have tried marijuana in their lives, and with good reason. 65% of residents claim that accessing marijuana is “very easy to obtain.”

With a national recreational legalization plan in the works, the Canadian public has already begun to accept that marijuana will be the next alcohol and tobacco competitor. Dispensaries are popping up by the hundreds and people are beginning to associate smoking a joint as just another form of having a good time.

With medical access being legalized, much like California, dispensaries are taking advantage of the vague legislation of medical cannabis. These dispensaries are expanding rapidly because they understand how huge the market will become once the Trudeau government implements the recreational legalization plan.

The huge expansion of the Canadian seed market has resulted in Canadians across the country learning the craft of cultivating marijuana. A fun hobby that can be very educational and rewarding, I don’t see this trend of home growing ever slowing down.

Being on the cusp of national legalization, the Canadian federal and municipal law enforcers have taken a “look the other way” approach to the current marijuana laws. As long as you are somewhat discreet and not bothering others, the police are likely to just pretend you are smoking a cigarette. Even though federally the herb is still illegal, the police groups understand this will change very soon.

With a rapidly expanding market soon to be legal, Canadian entrepreneurs have been racking their brains for the next big product in the cannabis space. This will help the economy because of new employment opportunities, and the consumer will also benefit from new industry with so many great new products entering dispensaries and head shops.

Hosting the rocky mountains, the great white North, and a collection of beautiful cities, Canada is one of the most beautiful countries in the world. With so much to do outdoors, the possibilities for cannabis lovers are somewhat endless.

Although Canada is notorious for having some serious winter weather, cannabis can heighten any outdoor activity in the snow. The number of joints you can see getting lit on the chair lift at popular Canadian ski mountains is getting pretty awesome!

The number of regular cannabis users in Canada continues to rise, and with that comes a large growth in the culture that surrounds the wonderful plant.

April 20th in Vancouver can be a really enjoyable way to learn about new cannabis products, buy the most potent strains, or just enjoy yourselves and meet new people. Last year attracted tens of thousands of people that actually could not fit in the grounds and were spilling over into public roads. Because of this, 4/20 2016 will be held on sunset beach in Vancouver, one of BC’s most beautiful beaches.

What do you think of our 10 reasons? Would you consider coming to Canada to enjoy the cannabis once it is fully legalized? Let us know on social media or in the comments below.