The Volcano Digit vs. the Arizer Extreme Q: What’s better?

We compare the two best desktop vaporizers on the market. 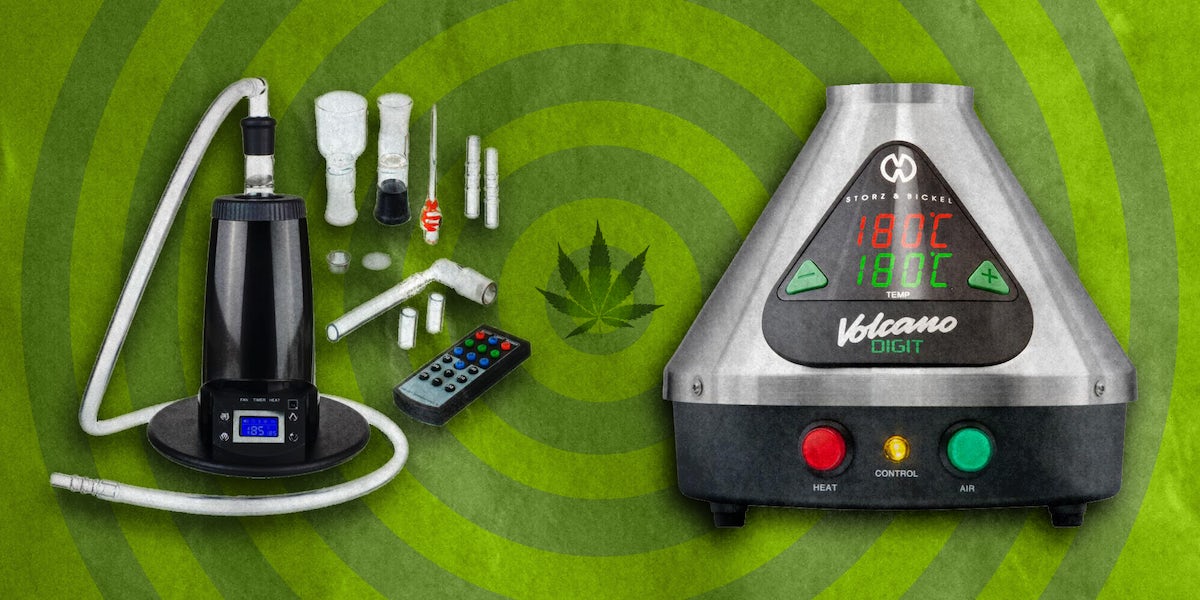 The vaporizer market has a variety of high-quality desktop devices up for grabs, but if you’re looking for the best of the best, there’s no need to look beyond the Volcano Digit and the Arizer Extreme Q. Each of these two desktop units delivers vapor bursting with flavor, along with several impressive features. Although the two vaporizers have been out for awhile, they are to this day two of the most sought-after vapes in the industry. But which is the better buy?

For starters, the Volcano Digit has interchangeable chambers to host both dry herbs and concentrates, and two different Valve Kits, including the Solid Valve and the Easy Valve. The Solid Valve, in particular, is a bit more challenging than the Easy Valve but offers more customization for your vaping experience. Also, using the Solid Valve, vapers can customize the size of their balloons, which hold the vapor and detach from the device for users to inhale from at their leisure. The Easy Valve, however, comes with balloons that are pre-set, and cleaning is rarely required.

The Volcano Digit also offers a range of temperature settings, ranging from 104 to 446°F, which can be adjusted in 10-degree increments. As far as vapor quality goes, the Volcano Digit delivers exceptional vapor in generous quantities. It isn’t just the ideal desktop vaporizer for patients thanks to its approved medical patent, it’s the perfect at-home unit for everyone.

As can be seen, the Arizer Extreme Q is much cheaper than the Volcano Digit. But does that make it a better vaporizer?  While the Arizer Extreme Q doesn’t come with a special chamber designed for concentrates, you still have the option of vaping both waxes and oils with it. The downside is that this can be a complicated and messy process.

Also with the Arizer Extreme Q, you get as much delicious vapor as you do with the Volcano Digit, except you have two methods of inhalation available: the silicon whip with glass mouthpiece or a detachable balloon. The whip is identical to a hookah, making the Arizer Extreme Q perfect for sharing with friends, while the balloon piece is convenient for carrying your vapor around while you attend to other duties.

Aside from offering a slightly broader temperature range than the Volcano Digit, from 122 to 500°F, which can be adjusted in one-degree or 10-15 degree increments, the Arizer Extreme Q features not one but seven different settings. You can switch through them using the up and down buttons on the device itself or by using its included remote control.

Volcano Digit vs. Arizer Extreme Q: which vaporizer should you buy?

The Volcano Digit comes from a company you can trust, and so does the Extreme Q. When it comes to costs, the Extreme Q is more affordable than the Volcano Digit. However, both come with unique features that may be more appealing to one consumer than the other. While the Volcano Digit and the Extreme Q are different in many ways, each has something to offer every vape enthusiast. Regardless of which vaporizer you decide to go with, it’s safe to say that you won’t be disappointed.

Enjoy the latest and greatest from Herb, enter your email below to get exciting cannabis updates delivered to your inbox.
April 02, 2018 — Last Updated December 03, 2019
Written by Brittney Sanger