Now Reading:culture | The Sad Reason Why The Best Asian Cannabis May Soon Disappear 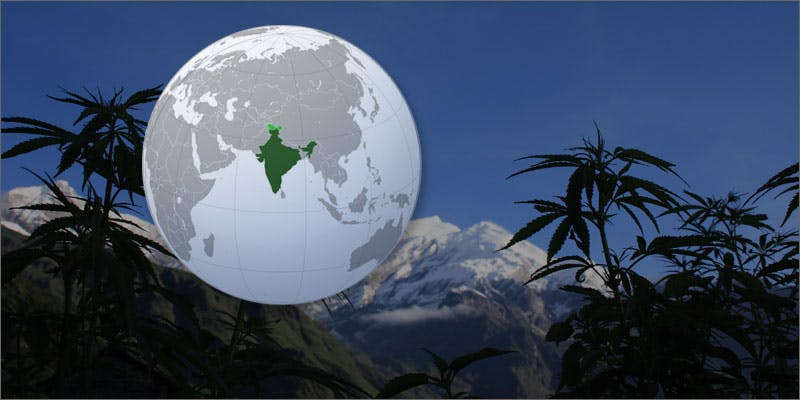 The Sad Reason Why The Best Asian Cannabis May Soon Disappear

This unique, regional cannabis strain may soon be no more. Cultivated in India’s Kerala state, growers have been forced to move to high-conflict areas.

Have you ever tried some “Blue Curly”? Okay, the real name is Neela Chadayan, which is a special heirloom strain of cannabis from India. Foreigners might know it better as “Kerala Gold” or “Idukki Gold”. The cannabis is used to make hash in the state of Kerala, the very southwestern tip of the country. In a piece for India Times, Bobins Abraham shares why the best Asian cannabis may soon disappear.

While the strain has been cultivated in the Idukki district for some time, Idukki Gold is not completely Indian. It is thought to be about 80% indigenous with the remaining portion some more modern mix. The best guess is Dutch.

However, you won’t find soaring 30% THC levels in Blue Curly. While much of the cannabis grown in other parts of India contains around 5% THC on average, the stuff from Idukki produces about 8%. This is a pretty big difference for those hoping to make some high-quality hash.

Word is that savvy herb-lovers who travel through India relish when they get their hands on this stuff. However, it’s becoming increasingly more difficult to find.

Raids and a population boom

Cannabis cultivation in India is illegal. To produce the crop, growers take to the cover of forested areas surrounding the Idukki district. Problem is, the population is growing and wooded areas are becoming more scarce. This pushed growers into space along the Kerala and Tamil Nadu border.

Unfortunately, the border between the two states is not a safe place to be. Raids are more common than ever. If caught, the lives of growers depend on who finds them. India Times articulates that Tami officials are likely to shoot anyone suspected of cultivation.

Difficulties finding space to grow make Idukki Gold a scarce commodity. Some growers have moved out of the region and to the east. Now, more plantations are found in the Andhra-Odisha border. However, this region is filled with violence of another kind.

Earlier this week [Oct. 24], as many as 24 Naxalite Maoists were killed in gun battles in the same region. The warfare has been ongoing since 2004, and the armed communists of the Peoples Liberation Guerrilla Army occupy much of the Andhra-Odisha border territory. They have been fighting for representation in the local governments.

The warfare has been ongoing since 2004, and the armed communists of the Peoples Liberation Guerrilla Army occupy much of the Andhra-Odisha border territory. They have been fighting for representation in the local governments.

This warfare is devastating for civilians, Maoists, and the special government units alike. But, it’s also devastating to cannabis growers who must either choose between raids or unstable territory. Many grow operations are now under the command of large-scale

Many grow operations are now under the command of large-scale black market producers, who hire youths to spend years out in the forest tending crop.

While cannabis has been a part of Indian pharmacopeia for thousands of years, contemporary cannabis growers have it far from easy. Each year, they risk either having their livelihoods burned down in a raid or operate in the middle of a conflict zone.

This doesn’t bode well for the preservation of regional varieties like Neela Chadayan. Nor is that in any way favorable to the safety and wellbeing of those who support themselves with the herb, their families, and the communities who must contend with the black market.

If that’s not a good reason to push for global cannabis reform, what is?