Now Reading:culture | The 10 Best Christmas Movies to Watch While High 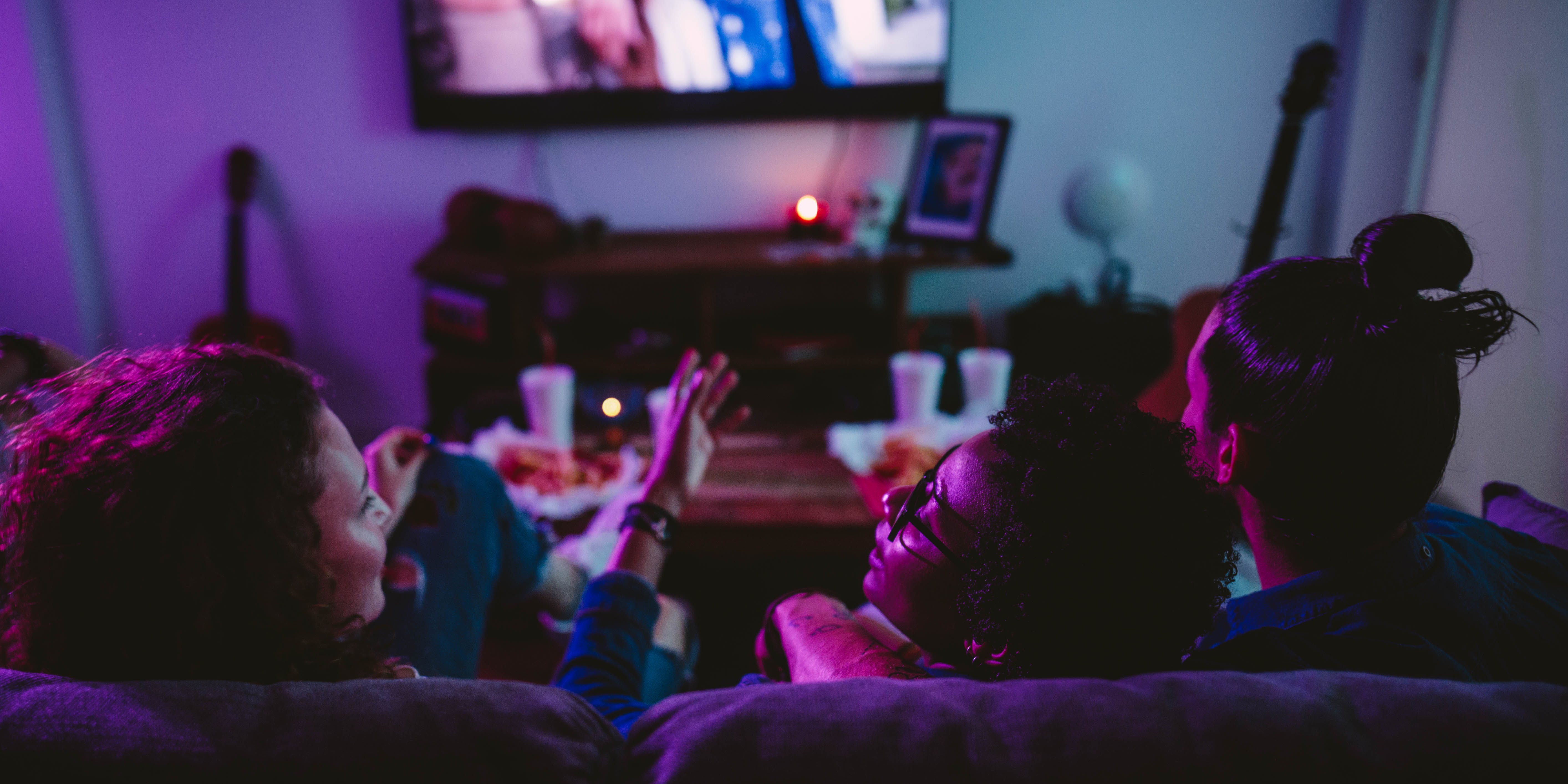 (Photo by wundervisuals via Getty Images)

The 10 Best Christmas Movies to Watch While High

Christmas is the best holiday for cannabis lovers. Think about it: there’s usually more than one day off from school or work, plenty of delicious food–savory and sweet alike–and enough good vibes to go around. Plus, Santa might get you something from the Herb Holiday Gift Guide.

If the weather outside is frightful, Christmas also means spending more time indoors to binge-watch movies, while smoking up some Christmas-themed strains with the squad.

There are a few Blockbuster hits, hidden gems, and cult classics that make great company while you and the fam burn through the turkey bags this Kushmas.

The Best Christmas Movies to Watch While High

Office Christmas Party is a modern Christmas-comedy classic. The film is crammed with all of the inappropriate, raunchy, and risqué humor that’s so appealing to the audiences of today, infused with the Christmas spirit.

What makes Office Christmas Party perfect for a Christmas smoking sessions is that it’s jam-packed with hilarious scenes with people struggling between who they are and who they seem to be.

The Night Before stars Joseph Gordon Levitt, along with Anthony Mackie and the patron Saint of Cannabis– Seth Rogen–whose characters work together to create a truly wonderful night of tradition and debauchery.

For a Christmas comedy, The Night Before is undoubtedly built for an audience who loves blazing up. Most of it has to do with weed, and, as a whole, the film is one of the few Christmas comedies about cannabis.

An endlessly watched, referenced, and played hallmark of Christmas comedies, A Christmas Story is perfect for all ages, even thirty-five years after the film’s debut.

Following the Parker family through their overly stressful pre-Christmas days, the film proves to be a remarkable staple of Chrismas cinema.

A Christmas Story is perfect for smoking up because it’s appealing for young and old audiences alike. After all, it’s equal parts wholesome and relatable.

For the most part, Christmas simultaneously means family time, which might put you in situations where you’re sneaking in bites of edibles or vaping furiously in the bathroom. That’s why Elf, much like A Christmas Story, is another holiday classic built to keep adults entertained while the kids are too.

On the surface, Elf might seem like a film designed for children, but rest assured, it’s entertaining enough for those willing to give it a chance. plus, can you ever really go wrong with Will Ferrell?

Veering away from the wholesome and heartwarming variety and down into the depths of low-brow humor, Bad Santa is skid row’s take on the Christmas spirit. It has all the drugs, booze, petty crimes, and vulgarity necessary for creating a Christmas classic. If this sounds like your cup of Eggnog, Bad Santa is genuinely a flick not made for the whole family.

If you’re looking for a Canadian indie film this holiday season, let Cooper’s Camera be the one.

Set in the 1980s, the dysfunctional Cooper family receives a video camera that eventually ends up documenting the Coopers’ tumultuous Christmas in a wild mockumentary-style comedy that has become an excellent example of cringe comedy and a reflection of Canada’s sense of humor.

There is no way that this list wouldn’t include a musical about Chanuka. Adam Sandler’s Eight Crazy Nights is a wonderful and unconventional animated comedy.

Like other movies on this list, Eight Crazy Nights has a naughty-over-nice narrative that, amongst the toilet humor, has a pretty good moral undertone about how the holidays can bring out the best of people. Plus, for those that can appreciate juvenile humor, it has become a cult classic.

Home Alone really needs no introduction, As one of the best Christmas movies ever created, it’s a necessary component of the full holiday experience.

The reason why Home Alone is perfect for watching while baked lies in the fact that it’s actually a good movie. Not to mention, there’s something so satisfying in seeing Joe Pesci and Daniel Stern get their lights knocked out by a young Macauley Culkin.

How the Grinch Stole Christmas!

The Grinch is green and thinks he can pass off a dog as a reindeer–need more be said? How the Grinch Stole Christmas!  is one of the best Christmas movies ever created. It’s hilarious, well-scripted, pulls on the heartstrings, is visually-entertaining, and will get you into the holiday mood.

What are some of the best Christmas movies on your list? Let us know in the comments below, and have a Merry Kushmas!