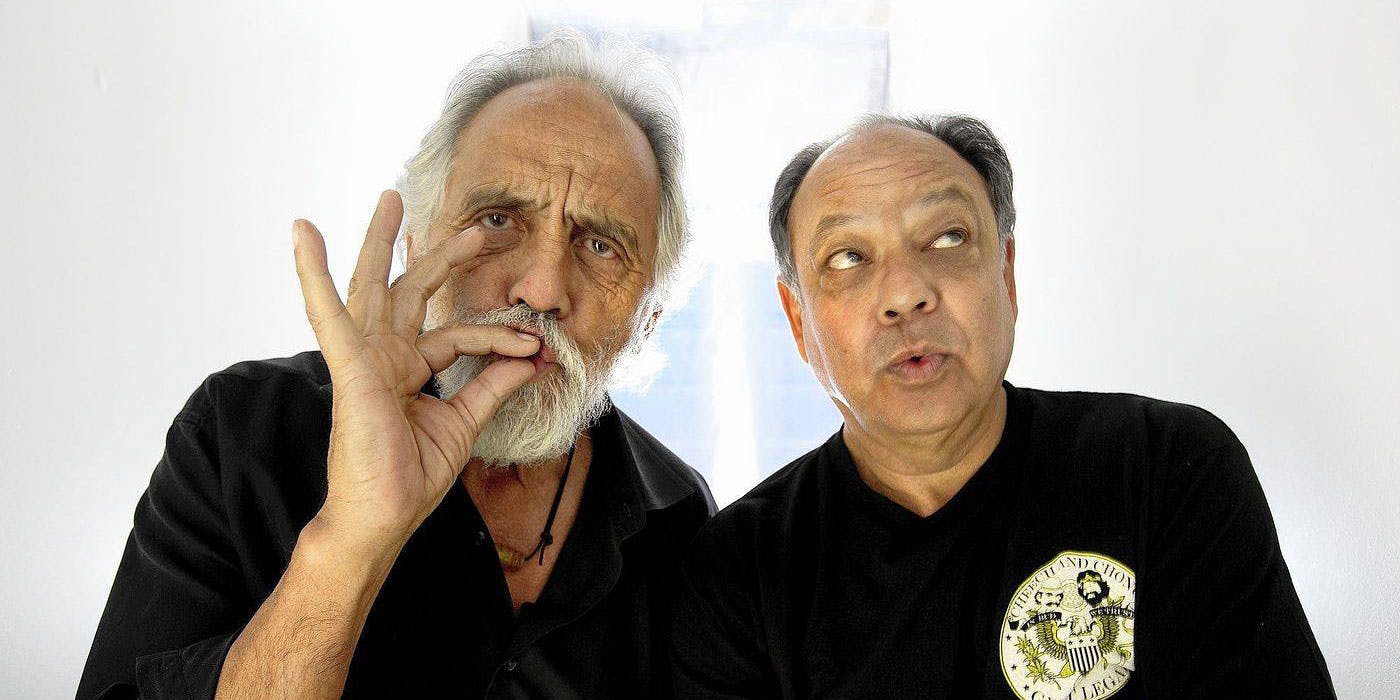 Do you have BDE?

At this point, if you’ve been online, you know what Big Dick Energy is. The phrase, birthed by Ariana Grande’s accidental Twitter slip revealing that fiancee Pete Davidson is working with a very powerful tool, has become synonymous with a special kind of self-assurance. The type of quiet, calm self-assurance that, as The Cut helpfully explained, “comes from knowing you have an enormous penis and you know what to do with it.”

Today, we’d like to talk to you about another important, undefined concept: Big Doink Energy or BDE.

But what, exactly, is Big Doink Energy, you ask? It is kind of like the cannabis equivalent to Big Dick Energy, but there’s also more to it than just smoking loud and looking good while doing it. To understand Big Doink Energy (BDE), you have to understand a little bit about the enterprising smoker who made this phrase possible. Young King Dave was a large man who smoked large joints, which he dubbed “doinks.” He achieved fame via a viral video, in which he asks, “It’s fucking nice out, who’s trying to chill and smoke some loud?”

That first viral video launched him to social media fame and etched the word doinks into our collective usage. Of course, he continued delivering videos of him and his doinks. Those videos are mostly selfie shots of him smoking and talking, but they all have a certain infectious, honest joy to them. The simple pleasure he took in smoking with his boys is pure, unrefined Big Doink Energy. Sadly, YKD passed, the victim of a collapsed lung at the too-early age of 19.

While he took a good portion of the world’s BDE with him when that lung collapsed, there’s still plenty to go around. The only real rule to having your own BDE is that you have to have some sort of relationship with the sweet, green leaf we all love. That, of course, doesn’t guarantee it. BDE is reserved for those who smoke with élan and ease. You know, the people who seem to always have the good shit and plenty to share. To give you an idea, we’ve compiled a short list of public figures, explaining why they do or don’t have BDE.

In no particular order, we present to you Herb’s definitive guide to BDE.

This man has it in spades. There’s Pineapple Express, obviously, but the dude also famously blazed an entire joint in Steven Spielberg’s face at a party. Spielberg is not a fan of pot, and Rogen basically ground up and smoked his chances of ever being in a Spielberg movie from that point onward. Didn’t slow him down one bit, did it? Oh and also:

He might have quit smoking, but that does not disqualify this man from having BDE. Harrelson has been openly supporting cannabis legalization since pretty much day one and, in addition to serving on the advisory board of NORML, he submitted one of the first applications to open a dispensary in Hawaii. His priorities are in order.

Definitely. He inhaled, because “that was the point.” That being said…

Does not. He “didn’t inhale,” which is a bit of creative remembering, if I’ve ever heard it. So not only did he cave to political pressure in amending his account of cannabis use, but he wasted weed—a very Little Doink Energy move.

Similarly self-explanatory, but his stash is so fire that other, lesser country artists wrote an entire song about how he got them too blasted. That said, despite releasing an entire album about weed, penning “Weed With Willie” means Toby Keith has doomed himself to Little Doink Energy forever.

That’s gonna be a no from us, dog. Though the provocateur comedian and talk-show host is an unabashed smoker who was bold enough to smoke a joint on his show back in 2016, he also is definitely the dude who gets too high/excited and says something weird and uncomfortable during a sesh. So, the diametric opposite of BDE.

Captain, my tricorder is reporting extremely high levels of BDE in this man! Stewart, a Brit, revealed to the English press that he used CBD daily to treat his arthritis, which was a pretty risky move for a public figure in the UK in 2017. He also used his fame to help campaign for Alfie Dingley, a 6-year-old epileptic boy, to be allowed to use medical cannabis oil to treat his seizures, which is generous and big-hearted and everything that BDE is about.

Rihanna is so bold about her love of weed that there are listicles about all the times she has publicly loved weed. Some of those moments include rolling a blunt on her bodyguard’s head at Coachella and dressing up as a weed bride for Halloween.

Haha, no. While he very publicly smokes pot, so much that the pilot of his private jet to the 2014 Super Bowl famously had to wear an oxygen mask, he’s also publicly ashamed of it. In 2015, he told i-D magazine that, “You’ll never see me smoking. Because that is not who I am. If it’s something I do then it’s something I do, but it’s not who I am and what I want to put on blast for the world to see. Like, who’s Snoop Dogg? That’s the dude who smokes a lot of weed.”

Yes, he is, and he is a lot cooler than you.

Okay obviously a ton of rappers have BDE, but Wiz stands out. Where to even start? Let’s see, he’s deeply involved in the cannabis business, and has his own strain, Khalifa Kush. And to really double down on that, one of his business ventures is a mobile farm sim about running a weed grow. He ain’t just smokin’ it, he’s owning it. But really, his most BDE moment has to be when he was mobbed by paparazzi outside of a restaurant in LA while holding a huge ziplock of pot and a grinder, and then proceeded to start handing out nugs of his namesake strain to the swarming photographers. It does not get much more BDE than that.

Oh, you know she does! Besides being a medical cannabis activist, breast cancer survivor, and a famous musician, she’s got a line of goddamn weed-infused wine. She’s was pretty much the ultimate wine mom, to begin with, but that alone transcends her into the final stage of wine mom-ness and secures her place in the BDE hall of fame.

The Dude, that lovable character played by Jeff Bridges in the Coen brothers classic, The Big Lebowski, has some sort of weird, mutant BDE. Benevolent Doink Energy, I would call it, in that he glides through the movie on a cloud of smoke, somehow making everything work out by just bowling and smoking a lot of pot. I think we all secretly wish we could do that.