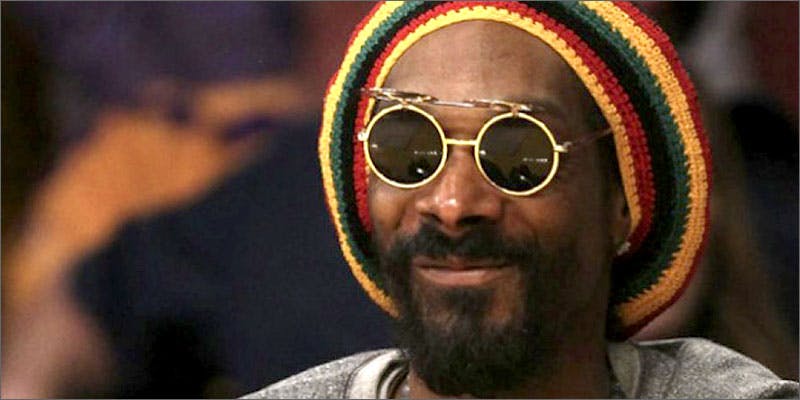 21 Hilarious “First Time I Got High” Stories From HERB Readers

From discussing aliens to starring at an arcade game for hours, here are 21 hilarious first time I got high stories from our readers here at HERB.

Smoking weed for the first time is an experience that many people won’t forget. Whenever you try something new, you never know how you’ll react, especially when it’s weed. For some, your first time being high feels like a video game. And for others, it doesn’t feel like anything but pure bliss. Regardless of how you felt, there’s a great story behind it. Witnessing a person getting high for the first time is epic, but so is hearing them talk about it. From discussing aliens to starring at an arcade game for hours, here are 21 hilarious “first time I got high” stories from our readers here at HERB.

Was high for like 10 minutes and my dad came home from work early!!! What do I do???? Like any other normal person you grab the loaf of bread and run to the bathroom! I took a hour long bath and ate the whole loaf of bread! Lmao.

It was in 6th grade, I had just started the DARE program. I was trying to smoke some random plant material, I guess I thought weed was just weeds or something like that. Anyways I was coughing up a lung when my neighbor (high school age) heard me and asked what I was doing. I didn’t answer, just looked guilty AF.

He then asked if I wanted to try real weed and I said sure. We smoked a couple bowls then he hooked me up with a handful of bud and I went home. I read a book for the rest of the day. Dinner was amazing that night. Been smokin’ ever since.

3. Don’t let the government alienate you

I didn’t do anything stupid the first time, but the guy I was smoking with gave me a whole speech about how the government is working with four different species of aliens and they’re keeping it from us. He was serious.

4. Along for the ride

I walked into a wing place and sat in the racing arcade game for two hours staring at the screen doing the occasional turn of the wheel while not playing a single game. Kid walked up and asked if he could play all I could say was nah bro.

I was 12 and hung out with the older crowd yada yada yada I acted like a airplane and then got noided cause I thought my dad could smell it and took a shower. Only to find out 25 years later he smoked all the time. We shared a bong a few years ago it was a great bonding experience.

Damn near hundreds of fish sticks the first time I’ve ever smoked was outside my childhood friends house we were probably twelve or thirteen. I went into his house high as hell and I ate all of the fish sticks that his mom just cook for family dinner before they even sat down to eat dinner needless to say I was embarrassed and have no excuse for my behavior.

I went to bed, and legit thought my blanket was trying to eat me. The next morning, I realized I was just fat, and the blanket slid up and down my belly with each breath.

I was in the walk in freezer at work my freshman year in high school as a dishwasher. The old men who worked in the kitchen thought I was too skinny so they kept feeding me pasta all night. Looking at how much I was able to eat, they were impressed and I became one of their favorites in the kitchen, so I did it everyday from then on.

The first time I smoked weed was before cep school with a couple of homies, in front of Houston stanaker library. Believe me when I tell you I was so stoned I was like f*ckkkkkkk dude I’m gonna die before I go to this bullshit ass school. I sat on a bench for two hours before I realized I was at the wrong bus stop. Hahaha first time smoking pot.

I was in year 11, a guy I knew in class offered, so we went to a park, he made a bong out of a soda crush bottle and a pen. Used V instead of water. Got so wrecked started talking to a tree, later on walked to Coles and began fake crying cause I couldnt afford some choc muffins, so a lady walking past asked and offered to buy them for me if I did the rest of her shopping with her, she was like 70 or something.

The best muffins I had ever tasted, could not stop laughing the whole bus ride home. Then went and told my parents cause they were mad stoners back in high school.

I smoked up alone for my first time. Spent close 2-3 hours questioning myself whether I was high or not while finishing up all the food in the fridge. However, I can remember watching cat videos and laughing hysterically. Later I dozed off. Lol.

First time I got so high I thought I was going to throw up and I laid in the bathroom, the cat came up to me, I picked it up and petted it saying it’s so soft. Did that for like 20 minutes.

I smoked a bowl with my best friend and another mutual friend on some train tracks near my best friends house. We smoked from a small glass bowl and after about an hour, a train came thundering by. My best friend and I stretched out arms out and pretended we were flying past a stopped train. It was magical.

Smoked 2g when medical was coming out and sang the chorus of “Bullet” by Hollywood Undead to a empty grape juice bottle then played video games.

15. Dropped off at the hospital

Alright guys, heres a story for ya. My first time smoking I was getting ready to go to a party in jr high. I didnt eat anything or drink any water all day, walked around town in +30 degree celcius, then got to my buddies house before the party.

He gave me a huge bong rip, I pooched his 1 gram bowl in one hit, I coughed for like 10 minutes. Then I threw up all over his driveway, and they sent me to the hospital because they were too baked to deal with me and wanted to party.

All the blood rushed to my face and I thought my heart was in my brain. Me and Jerome started fighting over chocolate and I ate it without removing the rapper. I also microwaved ramen noodles and never put them in the microwave.

Smoked three joints by myself, walked around the neighborhood with a friend,  got into a yelling match with a dog. Then passed out in a random person’s yard then awoke to someone telling me to go home. Then I went home and had snacks.

I forgot where I lived so I went to this local coffee shop and sat there for like 45 min slowing drinking a caramel frap. Then after that remembered but forgot where I put my keys which started a whole other adventure.

I was nince, came home from school, smoked a doobie my mom’s bf left in the ashtray. (Thought it was a black and mild with the plastic taken off). Got so high that I wanted to smoke some more so I tried to literally smoke grass. Didn’t work so I just sat in the living room playing Nintendo 64’s “Madden 99” with the door open because I smoked in the house.

Parents came home around six and could tell I burnt something so I lied and said I was playing with matches got a smack on my ass and sent to my room for an hour and ate McDonald’s for dinner.

Lit two cigs in a row backwards, put a pizza in the oven, set timer, timer went off, pulled out pizza and went to cut it relizing it was still froze… Make sure you turn the oven on.

I smoked a 2L gravity bong and puked my guts out for two hours, had a recovery break of two hours, then I ate 2kg of french fries with 1L of Garlic sauce. After that I took another hit and I never stopped since.