Now Reading:culture | Here’s What A Night Inside LA’s Weed Social Club Looks Like 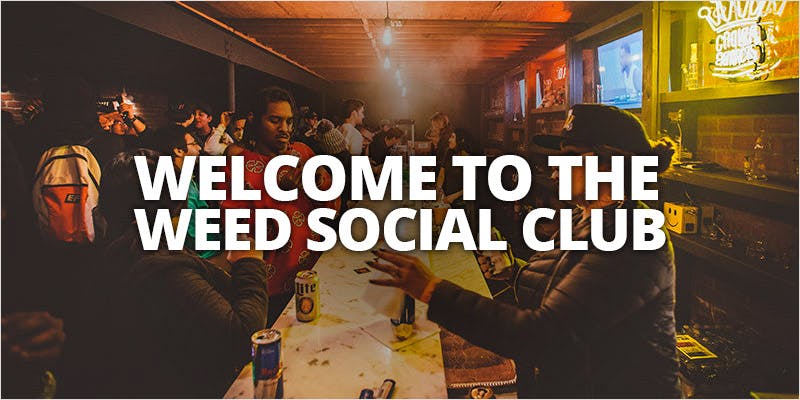 Ever wondered what a night in LA’s weed social club looks like? We take a look into the coolest place to medicate.

Despite the fact that marijuana has been legal medically in California for some 20 years, the culture is only just exploding. After all these years of being able to obtain a medical marijuana card and some ganja within 30 minutes, where has there been for all of these medical marijuana enthusiasts to medicate together? Well, LA has it all under control with its own weed social club.

Taking a look inside this weed social club makes it seem like the only place someone would want to hang out on a Friday night. They have more than just weed. The place is full of all the kinds of entertaining things that stoners like to do and is even a spot where stoned celebrities like to hang out.

Start with some dabs at the weed bar…

LA’s weed social club is fully equipped with a weed bar. There are all kinds of smoking paraphernalia at the weed bar such as bongs and pipes, and of course, weed. Nexus Glass, the maker of some of the best smoking devices, is in charge of making and stocking this weed social club for those living and smoking in California.

The bar is stocked not just with buds, but with dabs as well. You need only to start off your night by hitting up the bar for some fine quality weed and some of the best dab rigs you’ve ever seen. Hanging out could include smoking with rappers like Waka Flocka, who is probably stocked with a bag of his own weed, Flockaveli.

Next up is the arcade

This isn’t just a place to hang out and smoke weed. It is equipped with all the kinds of games that stoners love to play, such as arcade basketball. And what kind of a stoner hang-out place would it be without Time Crisis 3? LA’s weed social club has all bases covered, depending on what you’re into. There are all kinds of video games that stoners love to get into, pinball machines and other treats to keep you entertained.

You can interval between rounds to hit up again at the bar, or maybe you can roll up your own and smoke while playing. There’s no rules about what you can and can’t do in here other than get blazed and have a lot of fun.

For music enthusiasts, this bar is also equipped with a stage that is often occupied by special guests that they have performing there. So when you’re thumbs are getting tired from video games and your feet are getting itchy, you can head to the dance floor for a boogie.

Blaze up on the dance floor to enjoy some musical marijuana medicine in your body and enjoy the beats that they have regularly.

So a night at LA’s weed social club looks pretty awesome. You can blaze, dance, listen to music and play video games. This just about covers all the kinds of things that marijuana enthusiasts like to do, all in one place. So now there really is somewhere for all the marijuana lovers in California to congregate and medicate.

Would you hang out at LA’s weed social club? Let us know your thoughts on social media or in the comments section below.