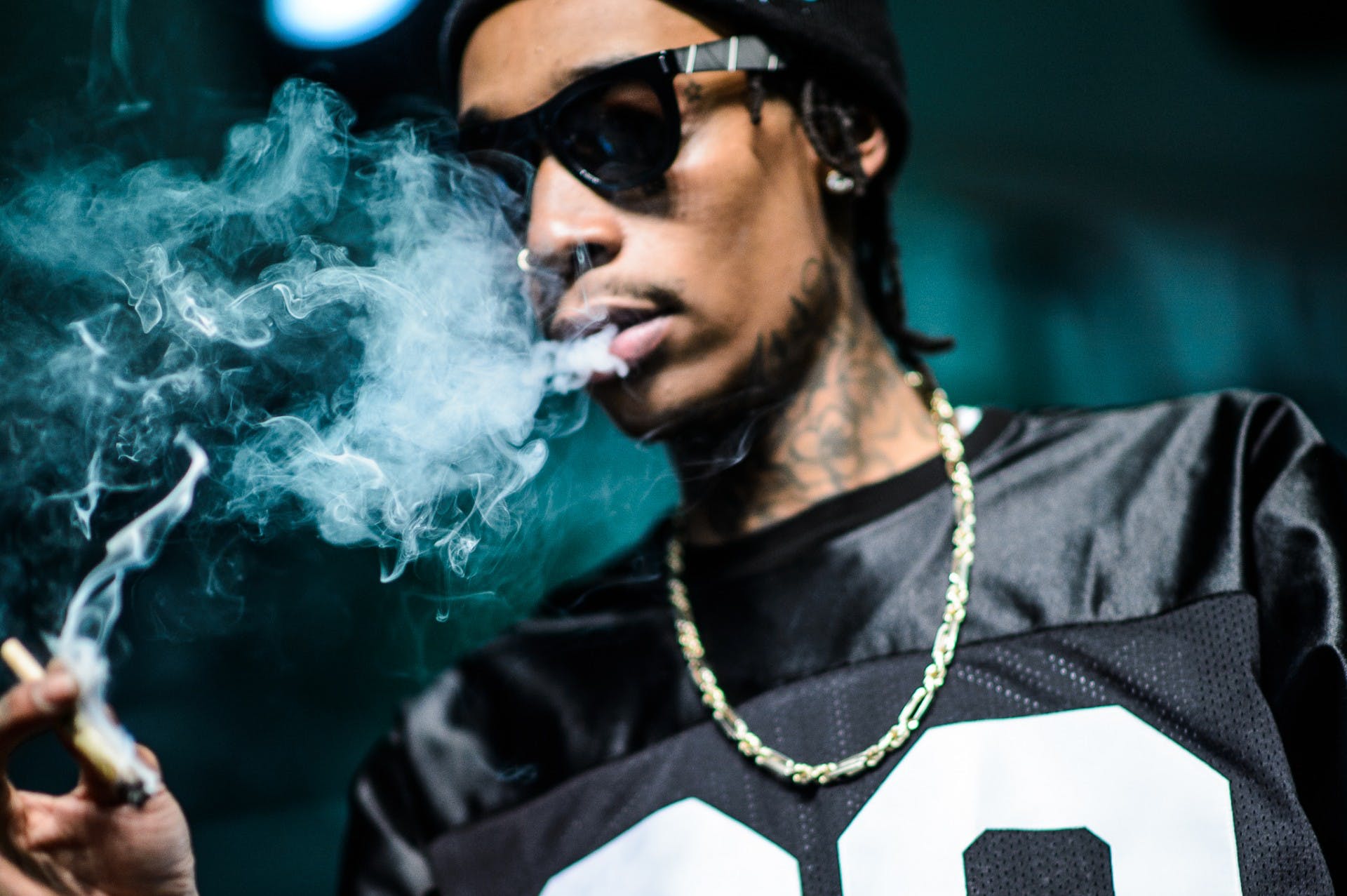 The rapper was not impressed with his “baby lungs.”

One of the worst nightmares for anyone who loves smoking up is getting kicked out of the smoke sesh for coughing. That was the sad reality for Shiggy–and worse–it happened in the presence of Wiz Khalifa.

For those unfamiliar with Shiggy, the Instagram comedian is responsible for plotting the eccentric footwork for Drake’s In My Feelings video. The unique choreography created a viral dance craze that spawned the #DoTheShiggy hashtag, where millions around the world took to the Internet to offer their own rendition of the dance. Unfortunately, it seems the glory days for the Instagram comedian have finally come to an end; sort of.

Wiz Khalifa recently shared a video on his Instagram that showed him and his clique maxing out in a foggy dressing room, with a momentarily happy Shiggy standing behind him.

Khalifa, who was smoking a joint (probably rolled with Khalifa Kush), stopped the music at the sound of Shiggy’s incessant coughing. It might as well have been a needle scratch on a record.

The room instantly fell silent. Wiz started interrogating him with questions, asking if he was the one coughing. Shiggy denied and pleaded his case between coughs before getting escorted out of the room by basically everyone.

The post comments saw endless disputes, commenting on whether the interaction was fabricated or genuine, but another Instagram post shared later by Khalifa showed him peer-pressuring Shiggy to smoke a joint, an activity that the social personality apparently doesn’t partake in.

“You’re not gonna hit the weed, for real? You know everybody says that if Wiz passes them a joint, they gotta hit it though,” Khalifa told Shiggy, who promptly started dancing to avoid the smoke he was getting from the rapper.

It’s all good though, for real. According to the post’s caption, Wiz Khalifa only fucks with people that he can peer pressure. Looks like Shiggy is safe, for now.