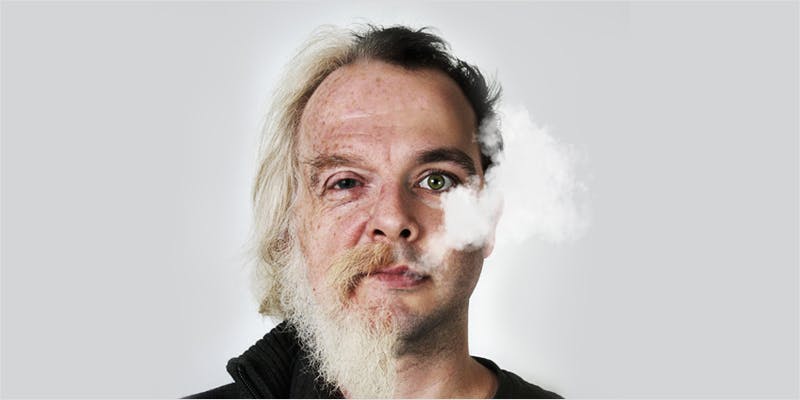 Needless to say, the son’s involvement in the cannabis industry will be a lot more positive than his dad’s.

For those involved in the cannabis scene in Washington State, the name Alloway has always struck the wrong chord. Up until 2011, Roy Alloway patrolled the streets as an undercover narcotics detective and was known for his ruthless behavior when it came to busting medical cannabis patients. Ironically enough, Alloway’s son, Raymond Alloway is now part of the cannabis scene. However, this time, things are different, and Raymond Alloway’s involvement in the cannabis industry will be a bit more positive.

While Kitsap Cannabis Farmers Fair is said to be shutting down after June 30 of this year, due to the passage of SB 5052 or “Cannabis Patient Protection Act,” which ultimately shuts down medical marijuana in Washington, Raymond Alloway isn’t walking out on the industry just yet.

With the new, legal recreational marijuana system in Washington, Raymond Alloway along with business partner Will Climer opened up a recreational pot shop this past week. Unfortunately, the dynamic duo isn’t too original, as they named their store A Recreational Marijuana Store.

Located in South Park Central, A Recreational Marijuana Store offers a wide variety of cannabis products, from dry herb to wax and edibles to smoking supplies.

But unlike his son, who has been using marijuana for good instead of evil, Raymond Alloway was the face of all things anti-cannabis for many years.

Move out the way, Alloway

If you were a member of the cannabis community and lived in Washington State, the name Alloway was not a name you wanted to hear. Since 1978, Roy Alloway, along with the WestNET Narcotics Enforcement Team, conducted regular raids of home growing operations and was particularly known within the medical marijuana community. His horrible reputation was all due to the way he handled medical marijuana patients upon

His horrible reputation was all due to the way he handled medical marijuana patients upon busting their home growing operations.

Alloway was so disliked that Washington’s medical marijuana program chose to name an extremely potent strain after the officer, and not in a good way. He was known to barge into people’s homes with no mercy and was even said to have illegally seized signed petitions for marijuana legalization he stumbled upon during one of his raids. Fortunately, Alloway and his partner were later forced to return the petitions. Democracy for the win!

Fortunately, Alloway and his partner were later forced to return the petitions. Democracy for the win!

And it gets better. If you didn’t believe in karma before, you certainly will now. In 2011, Roy Alloway was indicted after a federal investigation into illegal gun dealing at a gun show in Western Washington and admitted to income tax fraud as well. With all the evidence against him, he pleaded guilty and was sentenced to two years in prison.

It’s too bad for old man Alloway, who is probably spending time with the people he put away for growing medical marijuana. His son Raymond, on the other hand, is doing just fine. Now he’s reaping the benefits and it doesn’t seem like Roy Alloway will be going after any patients anytime soon. Family name, officially restored. Raymond told Toke Signals,

“Some of the best growers we buy from? My dad put into prison a few years ago.”

Do you think Raymond Alloway’s dispensary will be successful given his family history? Let us know on social media or in the comments below.