Now Reading:culture | After a Night of Smoking Weed, a Woman Couldn’t Stop Having Random Orgasms 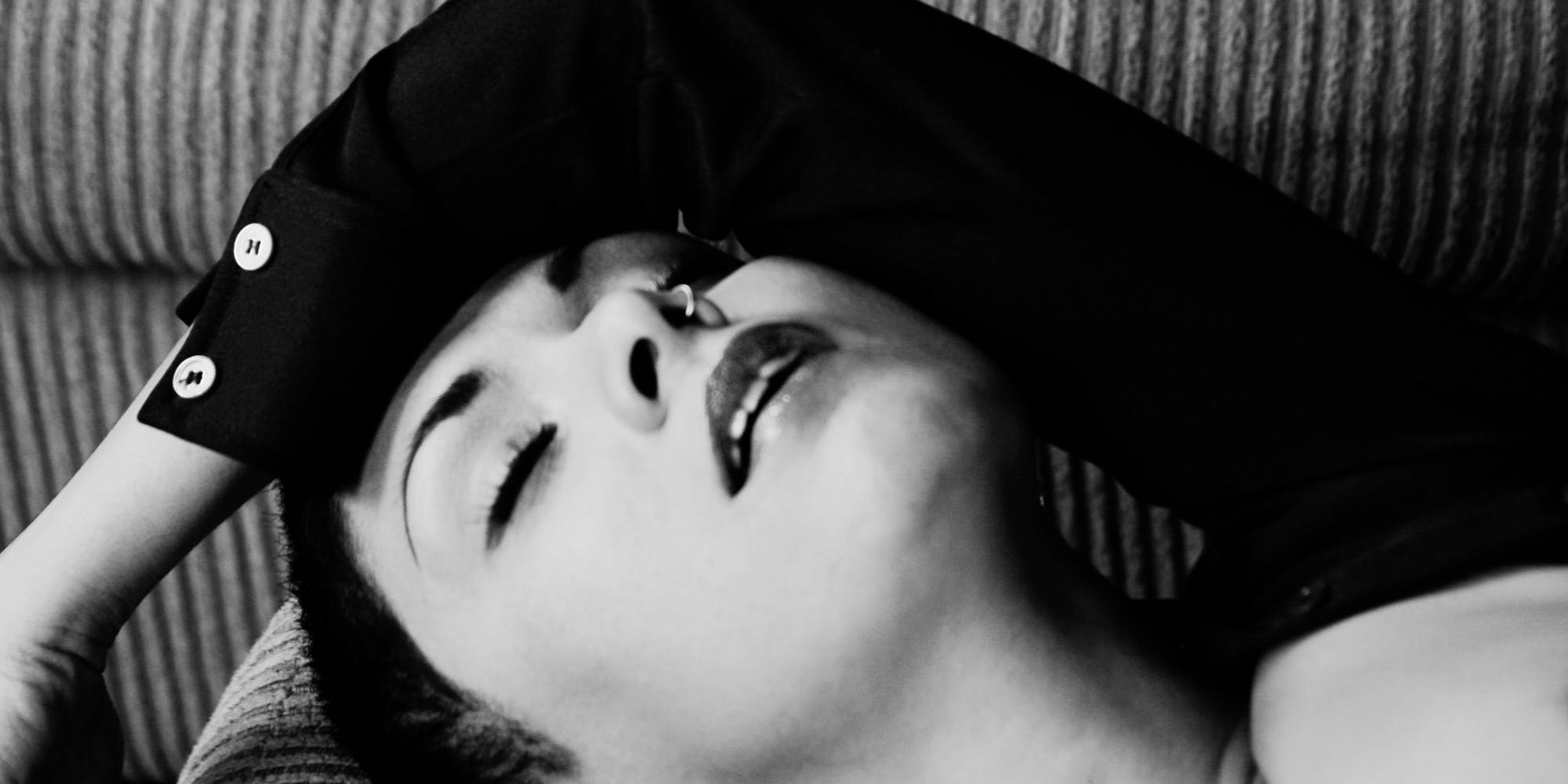 After a Night of Smoking Weed, a Woman Couldn’t Stop Having Random Orgasms

A 40-year-old woman claims to have smoked so much weed before having sex that she now has been left in a state of constant, uncontrollable, random orgasms.

Some folks claim that smoking pot hinders your ability to perform in the bedroom. But it’s safe to say that anyone who believes that has clearly never had a joint before sex. Because if they did, then they’d know that weed ups your sex game. In fact, studies show that regular users have more sex than people who don’t get down with the ganja. Not to mention, there are even pot-infused products out there that will give you the best orgasm of your life. If that’s not enough evidence for you, then meet the lady that couldn’t stop orgasming after a night of smoking weed.

Mrs. A and the curious case of spontaneous orgasms.

Sex without weed is like cake without icing; it’s just not as good. That fact has been well-documented. But as for Mrs. A, she’s the first woman ever to report having spontaneous orgasms after puffing on the herb alone. Well, that anyone knows of, anyway.

The new case study comes from the Journal of Sex & Marital Therapy, which describes a 40-year-old woman that turned to doctors to figure out why on earth she couldn’t stop having random orgasms. Not just one, but several orgasms back to back.

The nonstop orgasms first came about after a brutal, yet pleasant five-hour-long sex session. Before getting frisky, the pair apparently got their blaze on, no big deal. But each orgasm was accompanied with “mild retrograde amnesia and diminished consciousness.” So naturally, Mrs. A was concerned.

While communicating with the doctors, Mrs. A admitted that she participated in Tantra Yoga to enhance her orgasms. And after researching her symptoms, she was confident that she had Restless Genital Syndrome, also known as persistent genital arousal disorder. However, her symptoms and diagnosis did not match.

To solve Mrs. A’s so-called problem, doctors suggested that she refrain from combining cannabis and sex. And that’s precisely what Mrs. A did, except she chose to ditch the sex altogether for five weeks. But was her method a cure-all? Not exactly.

While puffing on a small amount of pot mixed with tobacco allowed her to control the orgasms somewhat, when Mrs. A increased her dose of ganja and paired it with tobacco, all it took was one minute for the orgasms to strike. On the other hand, they were far less intense than the ones that came as a result of smoking weed and having aggressive sex right after. And there was no more retrograde amnesia or disorientation.

So, is weed really to blame here? Maybe to an extent, but certainly not by itself. According to the study’s authors, “Apart from the use of cannabis, we speculate that the continuous five hour duration of hard pounding sexual activity may have led to an overactivation of the pudendal nerve resulting in a rebound effect, which made the spontaneous orgasms completely uncontrollable giving rise to a very understandable anxiety and panic.”

All in all, smoking pot and then having sex can make you have multiple mind-blowing orgasms. But unfortunately, the case of Mrs. A is a first, and the chances of you being rewarded with that many orgasms aren’t highly likely. Then again, it could be that you’re not smoking enough. Or, perhaps someone isn’t grabbing your hair the right way. Nevertheless, Mrs. A is one lucky chica. And we can only hope to be in her shoes someday.