Now Reading:culture | Wiz Khalifa’s Mansion Includes a Dab Bar and Weed Wall Because Of Course It Does 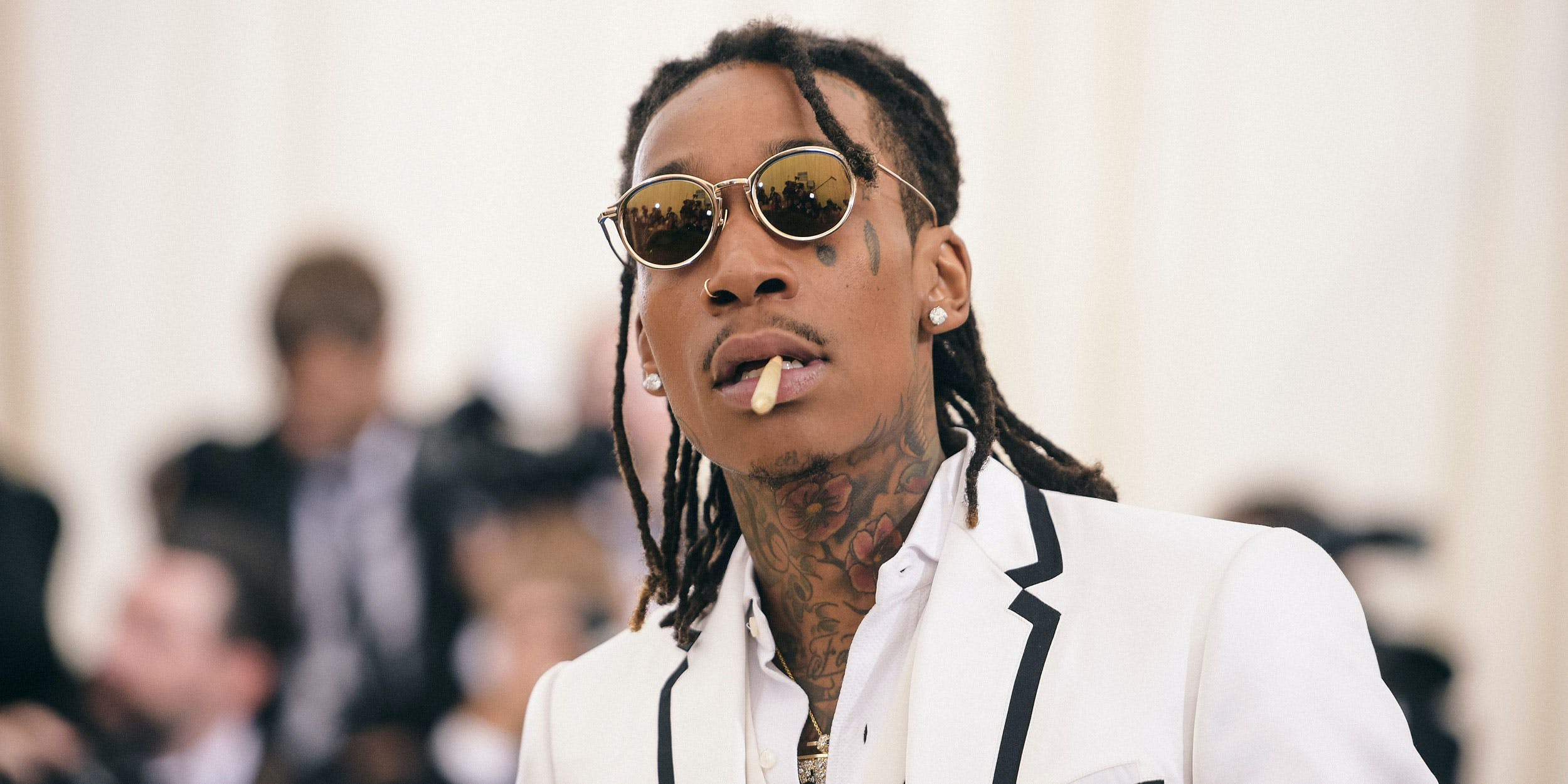 Wiz Khalifa attends the Kawakubo/Comme des Garcons: Art Of The In-Between; Costume Institute Gala at the Metropolitan Museum of Art on May 1, 2017 in New York City. (Photo by J. Kempin/Getty Images)

Rapper Wiz Khalifa takes fans on a tour of his mansion, complete with a machine that rolls 100 joints at a time.

The rapper recently gave a tour of his crib for a web series created by Architectural Digest, titled Open Door, which features celebrities walking through their lavish homes. The program’s concept is similar to that of the popular television series MTV Cribs.

In the Wiz Khalifa episode, the best-selling artist gives a tour of his home, located in the Sherman Oaks neighborhood of Los Angeles, California. Khalifa rents the $4.6 million mansion for a whopping $16,000 a month. He has been living in the Mediterranean-style mansion for approximately four years with his five-year-old son, Sebastian.

While the six-bedroom mansion includes a heated swimming pool, a balcony with a valley view, and a personal recording studio, it’s the game room that should be of most interest to herb lovers.

It includes a ‘dab bar,’ which doubles as a regular bar for liquor, featuring an assortment of cannabis paraphernalia such as dab-rigs and a custom neon sign reading HIGH LIFE. It also features a contraption that can roll 100 joints at the same time, which Khalifa claims holds him for about three days.

Wiz Khalifa’s weed wall is a series of framed photographs paying tribute to his favorite cannabis icons. It includes musicians Willie Nelson, Snoop Dogg, Jimi Hendrix, Bob Marley, and Devin the Dude. His motive for creating the wall, Khalifa said, was that he likes to “surround himself with greatness.”

In 2016, Wiz Khalifa released his own brand of cannabis called Khalifa Kush in partnership with The Cookie Company.