I Got Incredibly High and Went to a Fitness Bootcamp

“I began flipping 95lbs tires in no general direction.” 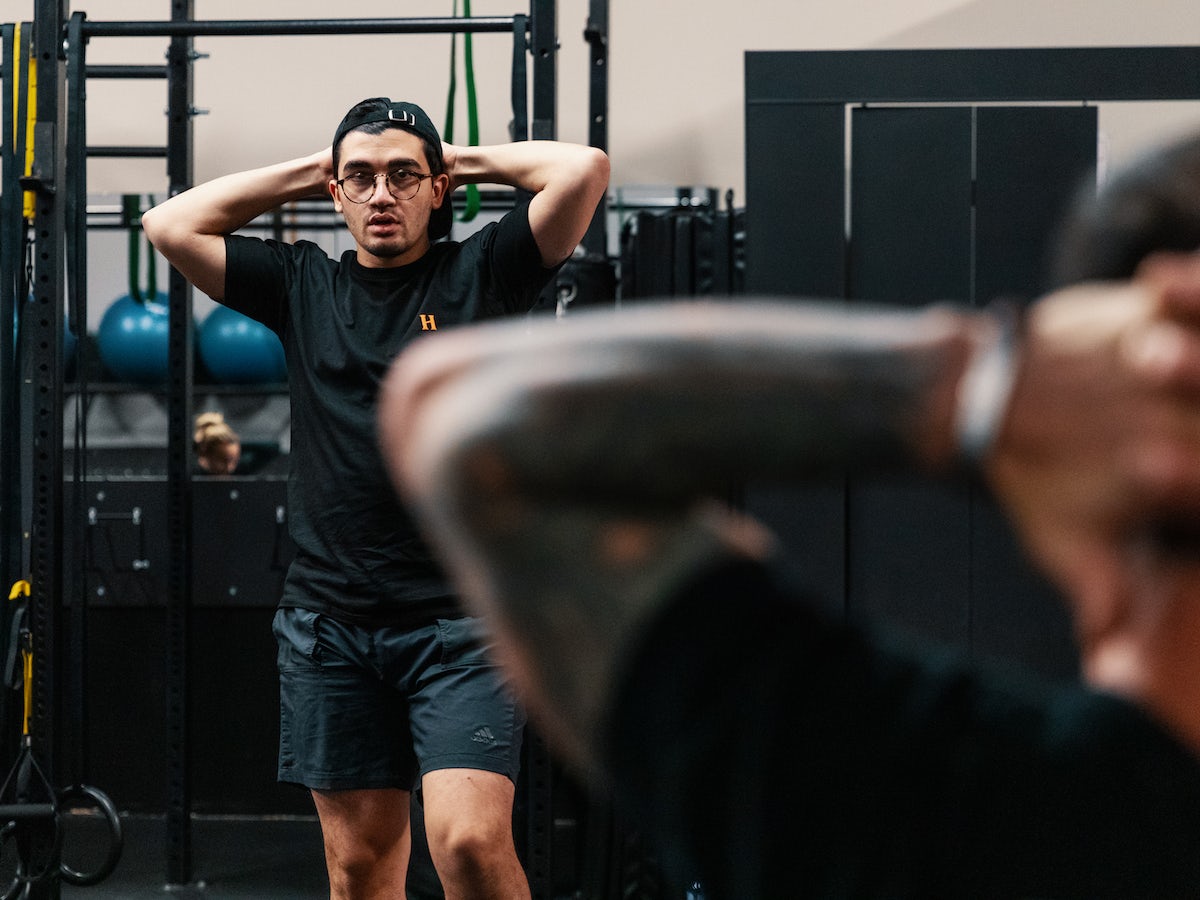 I’ll let you in on a little secret: I’m not in shape. I definitely thought I was, but the harsh reality is, I’m not. This realization came to me a little too late, considering I was in the midst of an intense workout—with 30mg of edible shatter in my system.
Before I delve deeper into what happened, I’ll preface by saying that I did this to myself. I’ve long been curious about what working out while high was like, and was eager to experience it firsthand.
I’ve hit the gym on the regular before, often for months on end. But good habits don’t usually hold up. Come to think of it, I actually fucking hate working out, although I acknowledge that it’s a major component of personal happiness–or whatever.

I figured it would be a good idea to make a grand return to the gym at least once after weeks of absence, except I was going to do it while stoned out of my bird.

First, I’d need to gauge what to expect before undertaking such a daunting task. Not wanting to risk falling asleep in the Uber to the gym, I decided to test my tolerance the evening before. I ate 40mg of infused chocolate and sat down. While waiting for the magic to do its thing, I passed out watching video compilations of Krusty the Clown.

Not necessarily off to a good start…

I Got Incredibly High and Went to a Fitness Bootcamp

The next day, I found myself in the Herb office with some more edibles in front of me. Believe it or not, I actually learned something from the night before. I love edibles, but I’m still a casual user, so turning it down a notch was a good idea. I quickly shoved three chocolates in my mouth and hoped for the best.
Two Herb staff photographers were joining me for this experiment, and although we made small talk and joked during the trip, it didn’t distract me from the anxiety that began bubbling up inside of me. (No joke, flashes went through my mind: me, the first person on Earth to die from weed).
We arrived and made our way into Fit1–the boot camp that agreed to host us. After meeting Len, the gym’s hospitable owner, a few of his regular clients started flooding in as I filled out paperwork; the intensity within me steadily rising.

Len prompted me to change into my workout clothing, which happened to be Herb merchandise because it’s most of the clothing I own. Len asked if I was stoned. I nodded.

The class had begun. He gave the room of ten people or so a brief rundown of the workout. It consisted of:

A few preliminary stretches, a few guzzles of water, and I was off.

I went for the massive tires placed along the gym wall, no longer nervous and eager to get into it. Len stopped me and told me to stick to the ones that were already on the floor.

I began flipping 95lbs tires in no general direction. It was difficult maneuvering through the chaotic gym. After all, everyone was sober and in the zone. (In hindsight, I’m pretty sure I irritated a decent amount of the people in the room. Bear in mind, I had two photographers circling around me).

My limbs felt flimsy from the get-go. My heart rate had also increased. Edibles will do that to you. Yet, I still felt comfortable with the heavy lifting.

The 20-meter bear crawl came next, and hell followed with it. I dragged my body in haste, losing my footwork pattern with almost every movement. My performance during the kettlebell swing exercise was better, but I was so stoned that I was losing focus far too often.

What was I thinking about? Krusty the Clown, flat-earth, and hundreds of other random thoughts. The point is, my concentration was fleeting. I lost track of the number of reps assigned for each exercise, guesstimating throughout the majority of the workout.

At this point, Len took a special interest in making sure I didn’t hurt myself (or anyone else) with my lousy form.

Strangely, there were points when the edibles began feeling as if it was just CBD. The psychoactive high, though still noticeable, decreased in intensity. I wasn’t as conscious of its presence in the heat of the moment. My body felt relaxed between exercises, despite all the of insanity happening within it.

Rope slams followed, and while fun, I made an ass of myself by losing grip more times than I’d like to admit. As for horseshoe lunges, people usually do them holding a weight. I forgot to do so, but that was enough to keep me panting.

Jumping jacks closed the workout session. Not only did they require the least physical effort, but the exercise allowed my mind to drift.
I finished the session and made my way to my co-workers, who seemed to be getting some twisted, giddy satisfaction from my profuse sweating.
“I don’t know what to do next. Is that it?” I said with wishful thinking. “You have to do the entire thing three more times,” said Jon or James; I don’t recall.
At this point, the cottonmouth was pretty bad. I started the workout from the top. Whether I improved with each exercise is up for debate (I didn’t).

I’ll spare you the details and cut to the end: I couldn’t finish the workout. I ran out of time and energy. While I did finish about 85 percent of the course, people began leaving and I felt like it was my cue to wrap things up. Plus, my bed was lonely.

As soon as I got dressed, things changed. I felt incredible. My body felt tender, and the edible high crept back to its familiar state. The combination was perfect. I actually felt accomplished. I crushed (most) of a workout and didn’t fall asleep.

Our team touched base with Len. He was extremely helpful and patient with me the whole way through. He even invited Herbivores to come to his gym after toking up.