Turns out ketamine could be the fastest treatment available for depression 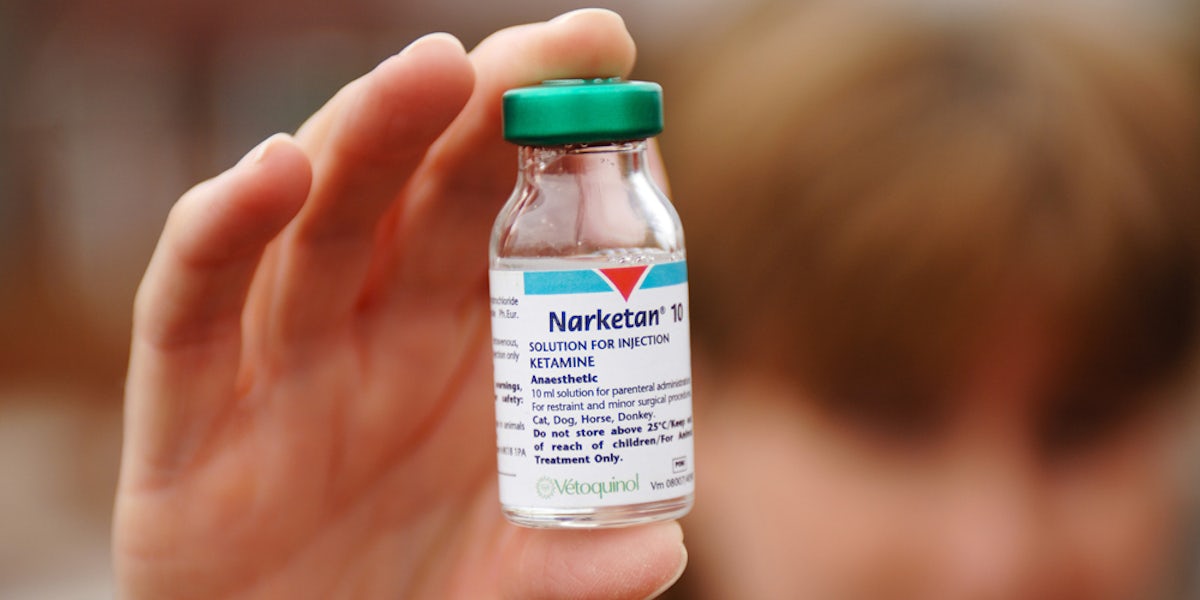 Photo by: PYMCA/UIG via Getty Images

Since lab testing began in 2006, Ketamine has made the transition that many psychedelics are currently experiencing from party drug to miracle cure. Much like its counterparts, the research behind its therapeutic claims still has a long way to go, but the promise its shown for treating the most severe cases of depression has researchers seeing a brighter future for patients.

“In the future, we will end up in a situation in which we have to ask ourselves if it’s ethical to not prescribe ketamine,” Dutch researcher Jurriaan Strous told Tonic. Strous and his team at Amsterdams Medisch Centrum are currently working on nasal spray version of ketamine which can be administered to patients with treatment-resistant depression. And they’re not the only ones who have been excited by the potential lab trails have shown.

Over the years, the American Psychiatric Association has, and its ketamine task force has moved closer and closer to officially endorsing the treatment and while the Journal of the American Medical Association cautions that more research is needed; they’ve noted that Ketamine’s effectiveness is far better than existing treatments.

Responsiveness to treatment with the use of Ketamine is largely based on the individual, according to Veronika Gold a therapist and consultant for a Ketamine clinic in San Francisco, but the results she’s seen are undeniable.
“I have seen patients that came into the infusion session tired, discouraged about their life, even suicidal,” Gold told HERB, “and 60 minutes later they felt more positive, energized, and with renewed hope.”
Gold attributes this rapid success to the combination of medicine and therapy. She believes the treatment works on two levels: physiological as well as psychological. Gold has seen many patients report experiences of non-ordinary states of consciousness combined with the substances ability to stimulate physical connections in the brain.

“Although the early antidepressant trials which included severely ill and hospitalized patients showed substantial drug-placebo differences,” The review reads, “these robust differences have not held up in the trials of the past couple of decades, whether sponsored by pharmaceutical companies or non-profit agencies.”

Part of the reason Ketamine is so effective in treating depression is that it works differently than other medications. While traditional treatments work on serotonin and noradrenaline receptors in the brain, Ketamine blocks what are known as N-methyl-D-aspartate (NMDA).

The reason that distinction is important is that it Ketamine the potential repair damaged brain cells by increasing the levels of synaptic proteins. In short, it helps to prevent the degradation of the brain caused by stress and, more importantly, has been proven to work within a day. Traditional antidepressants, by contrast, can take weeks or months of use to take effect.

“[T]he response rate is unbelievable,” anesthesiologist Enrique Abreu told the Washington Post, “This drug is 75 percent effective, which means that three-quarters of my patients do well. Nothing in medicine has those kind of numbers.”

Last summer, researchers from UNSW Sydney and the Black Dog Institute in Australia conducted the first randomized control test on elderly patients with depression. The study, published in the American Journal of Geriatric Psychiatry, found that ketamine in regular does over a six-month period was successful for nearly 70 percent of patients.

In addition to depression, there are currently trials underway examining the effectiveness of Ketamine for the treatment of other stress disorders such as Post Traumatic Stress Disorder and Obsessive-Compulsive Disorder.

Enjoy the latest and greatest from Herb, enter your email below to get exciting cannabis updates delivered to your inbox.
January 05, 2018 — Last Updated December 20, 2019
Written by Miroslav Tomoski