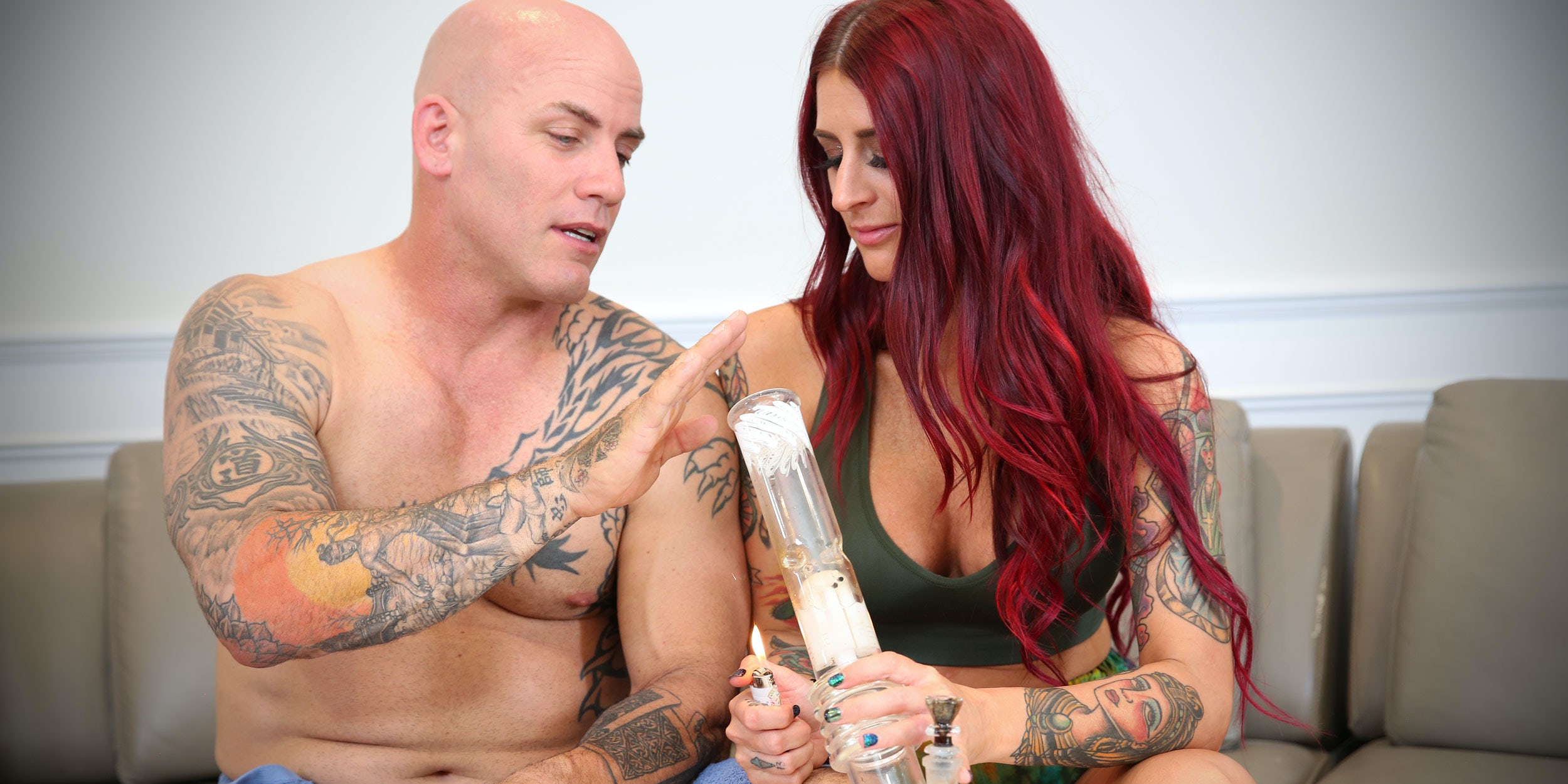 Jeff Dillon, CEO of XBlaze, is a CBD advocate and wanted to find a way to integrate his belief in the compound’s healing powers with his, um, work.

“For me, personally, I went through recovery,” he says. “I’m a drug addict. I don’t drink or use drugs anymore. One of the only things I can use, and do use, is CBD.”

A retired competitive bodybuilder, he still hits the gym regularly, and recently injured himself trying to bench press a heavy bar. As a recovering drug addict, the thought of taking prescription opioids was terrifying, so he turned to CBD. He has seen too many people slip back into addiction after surgery, and it wasn’t worth the risk.

That experience became the plot of the yet-untitled scene, starring Derrick Pierce and Tana Lea. Pierce also practices MMA, and Dillon saw the sport as the perfect way to introduce the benefits of CBD.

“The story evolved in my head just watching Derrick post one of his training videos online,” Dillon said. “That is just kind of when it came into my head, that whole idea about this MMA fighter getting injured; going through those same questions I had in my head. Like, y’know, his girlfriend is worried he’s going to go back into this life again, using drugs.”

It is, in the parlance of the adult industry, a shower scene. It opens with Pierce washing off after training, dwelling on a potentially career-threatening injury.

“He’s off drugs, he’s healthy, and he wants to get back in the ring,” Dillon explains. “He’s going to a training session, and he hurts his leg. He comes home, and he’s limping, so his girlfriend is freaking out. She’s like, ‘I don’t want you to go back to the pills again.'”

“I think we’re just on the cusp, but hopefully, we’ll be a pioneer. We’re XBlaze-in’ that trail,” he quips, concluding, after a moment’s reflection, “My mom will be very proud.”

Get 20% off premium weed and discover the latest products, news, and deals in cannabis.
July 29, 2018 — Last Updated December 03, 2019
Written by Tobias Coughlin-Bogue