The home of the Durban Poison cannabis strain is about to be the birthplace of Africa’s first medical cannabis dispensary. 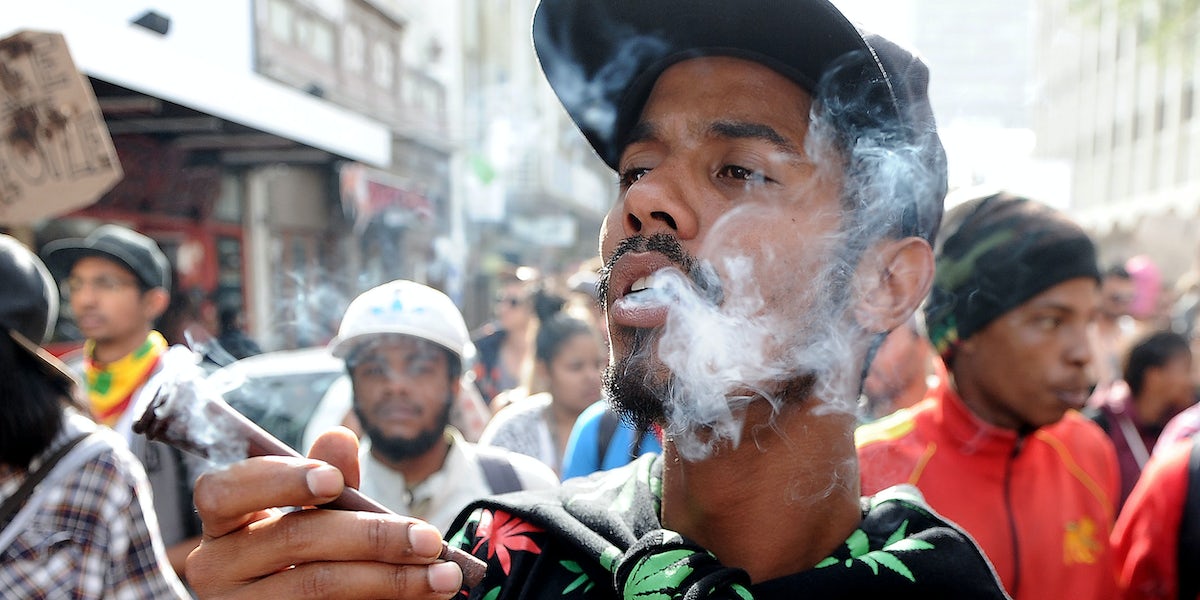 CAPE TOWN, SOUTH AFRICA MAY 07: A man smokes marijuana during the march for a relaxation of the drug laws to allow the medicinal and recreational use of Marijuana on May 07, 2016 in Cape Town, South Africa. (Photo by Nasief Manie/Foto24/Gallo Images/Getty Images)

According to a report by Al Jazeera, patients at Holistic Relief Wellness will first consult with a traditional healer, but the owner also hopes to have an in-house doctor and chiropractor to provide patients with a full range of medical services.

Africa’s first medical marijuana dispensary will be run by Kirithi Thaver, a local activist who has been pushing the government to legalize cannabis since a landmark Superior Court ruling declared the ban of personal possession unconstitutional in March.

Thaver’s goal is, “to break the stigma of cannabis, to show that cannabis can be used effectively to treat a number of conditions and to integrate medical professionals as well as traditional healers to allow the whole of South Africa a holistic approach to healthcare,” Thaver, told Al Jazeera.

In September of last year, the industry held its first meeting at Cato Ridge near Durban to form the advocacy group Cannabis Development Council of South Africa which will be aimed at regulating the country’s cannabis industry.

While Durban is the home to the legendary strain Durban Poison, cannabis or dagga as it’s known locally, has been illegal in South Africa since the early 20s and criminalized to some extent since the 1800s, when colonial leadership began to fear that the plant might affect the productivity of their indentured servants.

Fear of dagga among South African official reached such heights in the 1920s that the country has been credited with pushing the international ban on cannabis by recommending it to the League of Nations’ Advisory Committee on Traffic in Opium and Other Dangerous Drugs. This is why Africa’s first medical marijuana dispensary opening is such a big deal.

In March, a ruling by the Western Cape High Court declared the ban on cannabis unconstitutional on the grounds that it infringed on privacy rights noting that individuals have a right to do as they please in their own homes. The ruling has essentially left South Africa without a law regarding cannabis, though legal experts warn that arrests may continue.

The order has officially suspended the cannabis ban for 24 months in which the country’s Constitutional Court must approve the ruling after which parliament will decide how to proceed.

In the meantime, Africa’s first dispensary will exclusively prescribe CBD products which were rescheduled last fall by the Medicines Control Council.

The move toward legalization means that South Africa will join its neighbors Zimbabwe and Lesotho which recently passed their own laws regulating medical cannabis.

Enjoy the latest and greatest from Herb, enter your email below to get exciting cannabis updates delivered to your inbox.
May 31, 2018 — Last Updated
Written by Miroslav Tomoski