Now Reading:legalization | Wanna Be a Chicago Cop? Smoking Pot Will No Longer Disqualify You 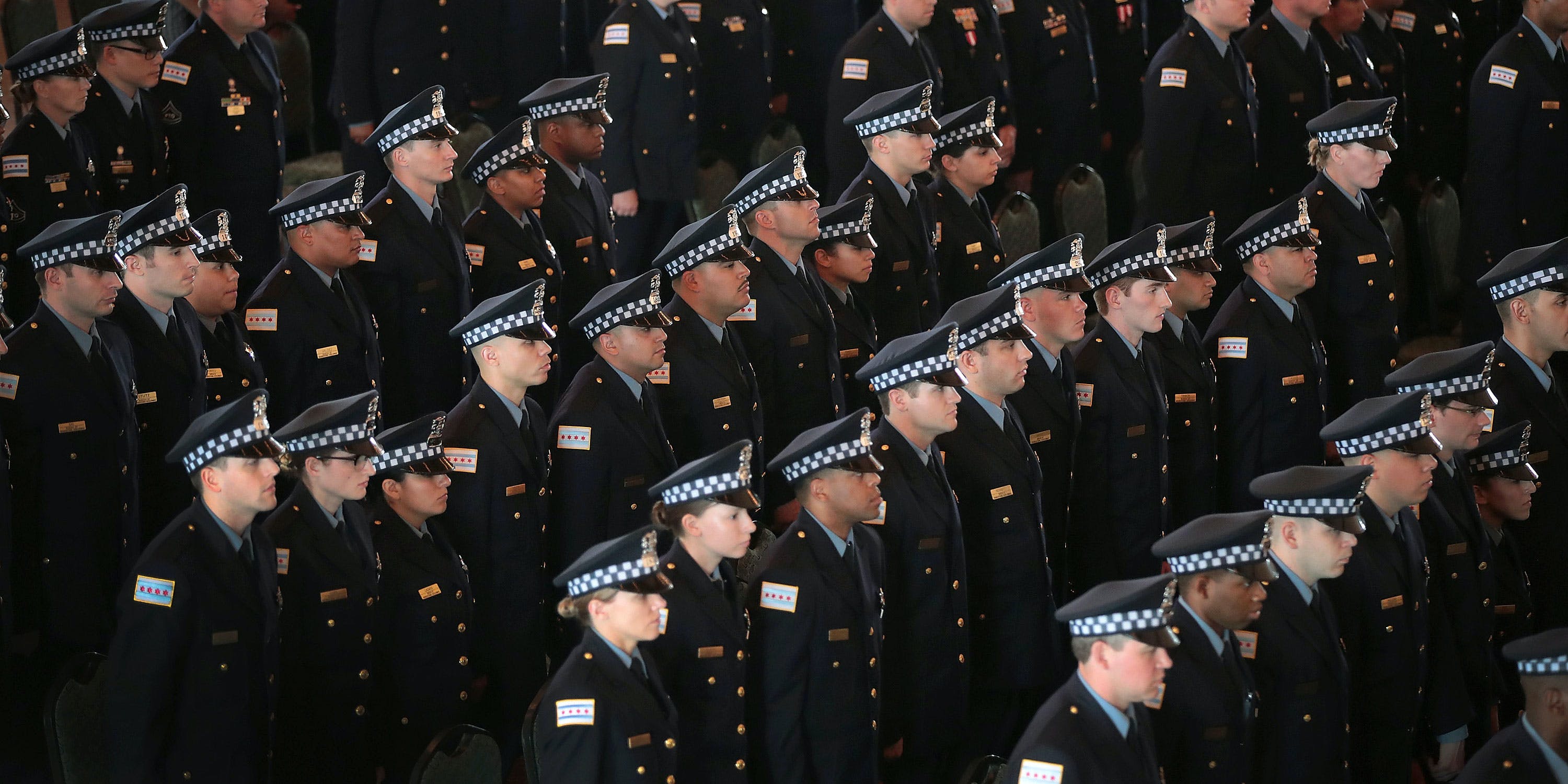 Chicago police officers attend a graduation and promotion ceremony in the Grand Ballroom on Navy Pier on June 15, 2017 in Chicago, Illinois. (Photo by Scott Olson/Getty Images)

Wanna Be a Chicago Cop? Smoking Pot Will No Longer Disqualify You

The Chicago Police Department changed its policy after having a hard time recruiting people.

In a lot of places, if you’ve ever smoked pot, you can’t be a cop. If your business is enforcing the law and you have a history of breaking it, the logic goes, you probably won’t do a very good job. In Chicago, however, you can now become a cop even if you’ve partaken in the past. The city recently relaxed its rules to allow new Chicago Police Department recruits who admit to smoking pot in the past, provided they haven’t done so within the last three years, reports the Chicago Sun-Times.

The rule change was motivated not just by changing attitudes around cannabis, but by Mayor Rahm Emanuel’s hiring surge, which has the city trying to add 970 police officers above normal attrition hiring. The surge has so overloaded the city’s Human Resources Board with disqualification appeals that it pushed for more leniency. Over 80% of its current cases are related to disqualification, and drug-related ones make up a large portion of that.

Interestingly, Adderall use without a prescription was also included in the policy change, as the department found that many potential recruits had used the popular “study drug” to, well, study. It’s almost ubiquitous on college campuses nowadays, being viewed as a relatively safe way to stay focused for all-nighters.

“Apparently, a lot of people within the last generation have been using Adderall without a prescription,” said Human Resources Board Chair Salvador A. Cicero. “We were faced with a lot of cases that were getting taken off the list from people who had been given Adderall.”

The move was not widely publicized, but came up during a meeting of the City Council’s Committee on Workforce Development. A spokesman for the CPD, Anthony Guglielmi, told the Sun-Times that the changes were made to bring the CPD in line with best practices in other departments around the nation. However, drug use still isn’t exactly welcome.

“Individuals who have used or experimented with certain types of narcotics in the past must undergo additional background investigation into the reasons behind the drug use,” he said. But if it really is just a bit of youthful experimentation, it seems to be fine by them. Workforce Development Committee Chairman Pat O’Connor confirmed that the change was motivated in part by the wave of cannabis legalization sweeping the nation.

“At some point in time, we’re gonna have to make decisions that are less strict than they have been in the past,” he conceded. “Especially when the drop-out rate of candidates who finish is so high.”

Emanuel said he’d be open to allowing police recruits with minor drug offenses back in December of last year, hoping to encourage more minorities—who are historically more likely to be arrested for cannabis possession—to become cops. Alderman Roderick Sawyer, chairman of the City Council’s Black Caucus, said he was happy to see the CPD moving in that direction, telling the Sun-Times that, “I don’t want youthful indiscretions to be a prohibiting factor for being able to serve on the Police Department.”

Illinois currently has a strict medical marijuana program which is set to expire in 2020.