Did You Hear About The Cop Who Filmed Himself Stealing Weed?

Irony? A cop gets arrested after stealing weed and money from the station. Whoever he busted with it must be laughing their ass off right now. 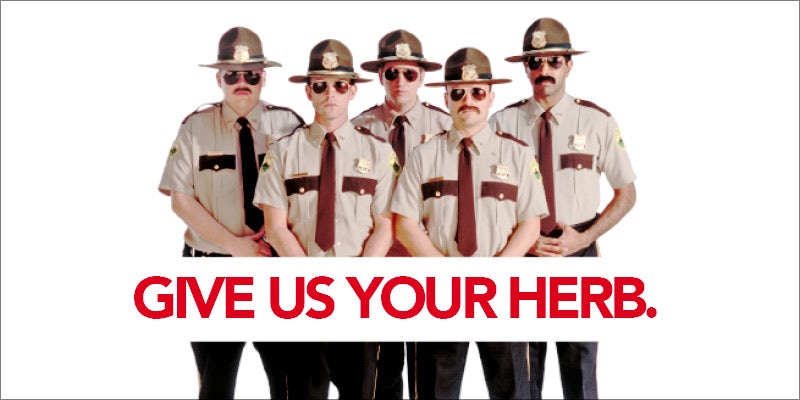 Wow, New Mexico! In a state mired in official underachievement and neglect of their medical cannabis patients, a new story has developed. Apparently, what you need to get access to cannabis isn’t a medical card, but a badge. Since cannabis remains federally illegal, it’s hard to get justice when it gets stolen, and theft isn’t generally reported. Unless that is, the victim is a police department.

Good weed looks so pretty. If you can smell it, your fingers just want to reach out and touch it. But if it doesn’t belong to you, hands off.

On July 11th, Grants Police Department Sgt. Roshern McKinney made a blunder that any criminal would laugh at. He was caught on camera.

Worse, the camera was his own body cam, left on by accident. McKinney decided to help himself to some uncataloged cannabis, almost 8 ounces of it!

I don’t see the problem, the police would have simply tossed it in a fire anyway. McKinney just wanted to see that it didn’t go to waste, right? After all, the state’s entire medical cannabis system is in chaos right now.

With the surge of patients, patient card renewals are going far over the expected time frame and exposing legal patients to potential arrest. The limitations on cultivators have choked the supply so severely, dispensaries are running dry.

Patients, even with a valid card, are stuck without their medicine and have begun to sue. At least McKinney knew where to score when all else fails.

Police Chief Craig Vandiver alerted state police after the logged body cam footage revealed 33-year-old McKinney drove his cruiser to the station, in uniform, and on the clock, and stuffed an 8-ounce brick of cannabis and $785 dollars of uncataloged evidence in his pockets. Those are some big pockets!

McKinney then drove to his home and gave the weed to his girlfriend, 23-year-old Tanicka Gallegos-Gonzales.

These items were never submitted to the department’s evidence vault.

McKinney was arrested after a six-week investigation, which determined that the couple planned to sell the ill-gotten herb for profit. His arrest took place August 24th, and he was released from custody on the 27th. He remains on paid leave while the investigation continues.

Wait, he gets paid to sit around now?

That’s right, paid leave. Not fired, not in jail. Having a badge while stealing comes with some perks. And if you think you feel upset about this, just think how the poor guy who got busted with the money and herb in the first place feels. Actually, come to think of it, he is probably laughing his ass off right about now.

What do you think should happen to this cop who steals from the police station? If cops keep profiting off of stealing weed from us, then selling it back again, is the whole system a farce? Share with us on Facebook, Twitter, or in the comments below.

Get 20% off premium weed and discover the latest products, news, and deals in cannabis.
September 02, 2016 — Last Updated December 04, 2019
Written by Christopher Teague