The same cops who arrest you for having cannabis are found eating it during a raid! 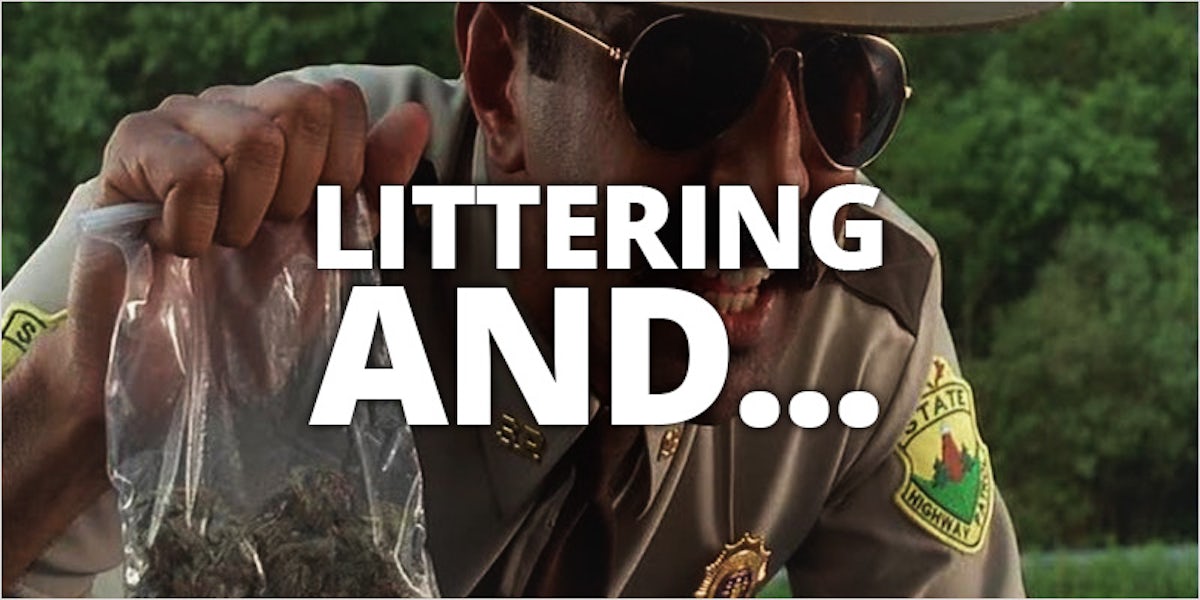 A marijuana dispensary in Santa Ana, California called Sky High Holistic was raided by the police, who claimed it did not have a valid permit. Whether or not this is a fact remains to be seen, nonetheless what we can see from the raid is the conduct was unbecoming of the officers involved in the raid.

The police proceeded to take down all the security cameras they could find, which is not standard raid procedure. This questionable police practice was caught on tape by one of the cameras that happened to be extremely well hidden. The footage goes on to show the officers goofing around, playing darts and eating the edibles they were raiding.

After the horsing around was done the officers were caught making some distasteful and downright offensive remarks about the dispensary manager, Marla James, who is an amputee. A conversation can be overheard where one officer asks, “Did you punch that one-legged Benita?” and another replies, “I was about to kick her in her f**king nub.”  They then proceeded to force Ms. James to sign a document she was incapable of reading because she is legally blind but threatened to throw her in jail if she didn’t sign it.

Sky High Holistic has filed a multi-million dollar lawsuit against the police department, alleging that the officers used excessive force during the raid. The dispensary is also seeking the return of its property seized during the raid, which includes marijuana, cannabis-infused edibles and thousands of dollars in cash. The Santa Ana Police Department also agreed to conduct an internal investigation.

The unidentified officers and their union, the Santa Ana Police Officers Association, filed a temporary restraining order earlier this month to block the video from being used in an ongoing internal investigation of the officers’ conduct during the raid. The police argued their privacy was violated when surveillance cameras recorded them inside Sky High Holistic medical marijuana dispensary after they thought they had disabled all of them.

The video of the raid can be seen below:

Whether or not the dispensary was operating without a permit, no officer is above the law, and most of all should treat everyone, especially those with any type of impairments or disabilities with respect.

What do you think should be done about these officers conduct during the raid?  Share your thoughts with us on social media or in the comments section below

Enjoy the latest and greatest from Herb, enter your email below to get exciting cannabis updates delivered to your inbox.
February 20, 2016 — Last Updated December 03, 2019
Written by Kyle Muckian