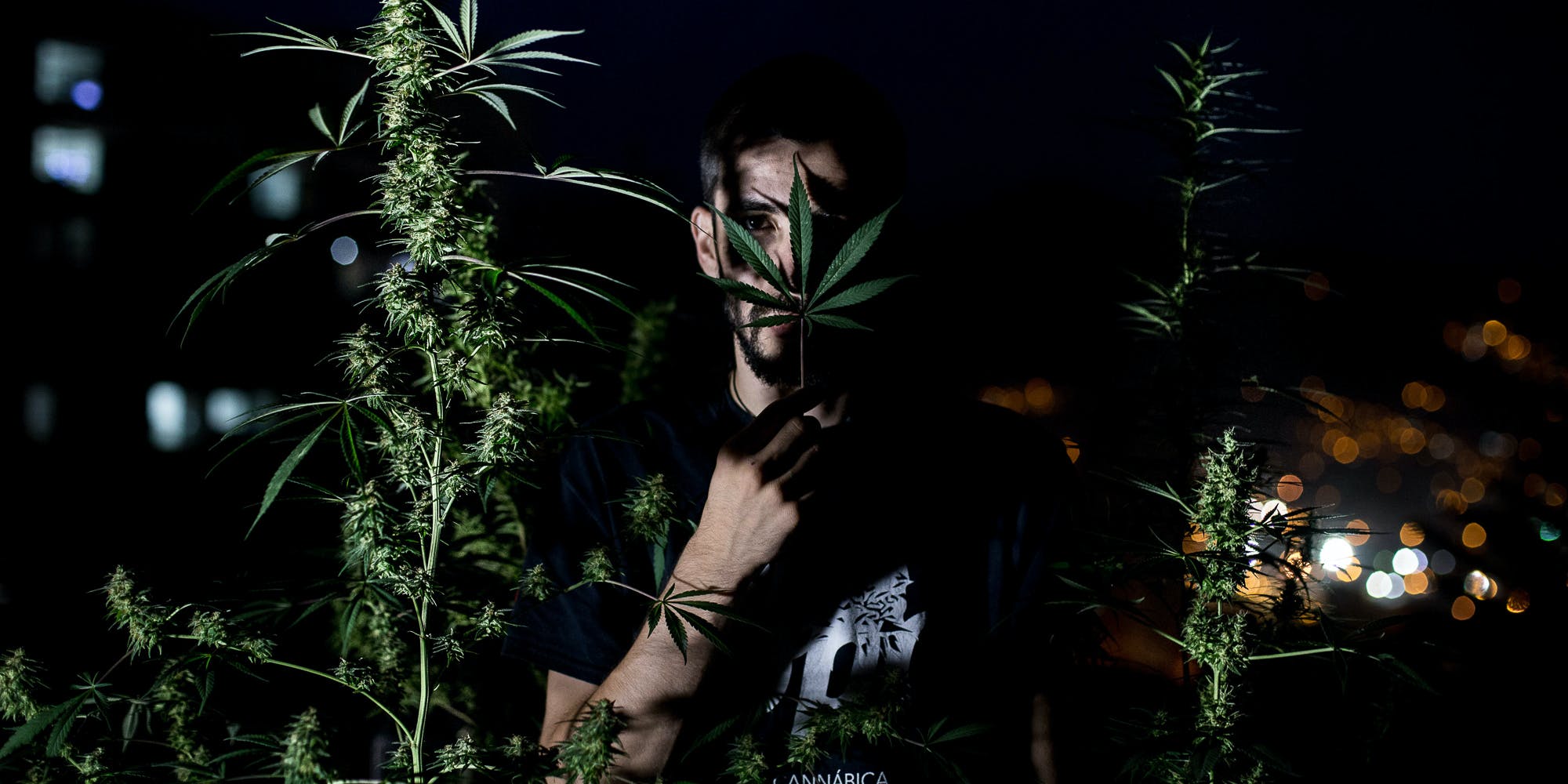 In Medellín, home growers have elaborate setups in their living rooms, bedrooms and even bathrooms.

Pedro Londoño’s “Marijuana Grows” photo essay focuses on the tight-knit cannabis cultivation community in Medellín, Colombia. Known more as the headquarters of Pablo Escobar’s infamous drug cartel, it is now home to a number of cannabis grows, all part of Colombia’s burgeoning medical cannabis industry. We caught up with Londoño to ask about the grow scene in Medellín, his approach to photographing it, and the growing cultural acceptance of cannabis in his country.

Herb: It looks like you shot at a lot of different locations. Where were these grows and how did you find them/meet the growers?

Londoño: The photo essay aims to show some of the best marijuana growers in Medellín. During one year, I traveled all over the city and most of the crops were on the outside, where there was not much population. At the beginning, it was very complicated to find the people for this project, but with the help of David Ponce, a recognized cannabis activist that I met a few years ago, many of the growers opened their doors. From then, I received all of these people´s help to transmit what I wanted with my images.

The essay focuses a lot on plants and seeds, but also people. What were you trying to say about the growers with those portrait shots?

The main object of the series was to show the most amiable side of home marijuana cultivation. The majority of these growers are professionals, people with an incredible charisma and dedication to what they do. I am not a consumer of marijuana, but for that reason my intention was to learn more about the benefits and disadvantages that this plant provides. In some way, I am looking to educate and change the perspective of those people who think you can only smoke it and that nothing good can come out of cannabis. I realized that marijuana has different uses and benefits that everyone should come to know.

It seems like a lot of shots are at night. Was there a clandestine or undercover aspect to these grows? Are they all legal?

Most of the crops I visited were legal, but some of them exceeded the limit of plants permitted, so they managed to have the rest of the cultivation in the living room, a bedroom, or even in the bathroom of their house. These growers are very reclusive. The photos I took were mostly at night, because I wanted to show the creative way that they illuminated the crops to accelerate the growth of the plants, because it is a very important part of the cultivation process.

The one in the apartment, was that a cannabis plant on the coffee table? What was happening there?

In Medellín, lots of people are marijuana users but most of them secretly. However, there are some that are not afraid to show their inclination for using the plant in different manners because they have no taboo for it. They do not feel that need to hide and that is part of their “rebellion” day-to-day, as we can see in that particular photo.

What was your overall goal for the series?

Since the beginning, I always wanted to show the best of cannabis, the positive side of it. Home cultivation is a way to create peace and avoid violence. All of the growers, without exception, were very kind to me. They taught me to respect this [plant] and expressed what cannabis meant to them. Without a doubt, nowadays I can convince a lot of people who see marijuana consumption in a bad way that they are wrong, that it is not only used to smoke.

What interested me the most was not knowing anything about the subject. [Cultivation] is something really common but only a few people actually know much about it and in general we always assume things about cannabis, like that it´s related to drugs and violence. But that is wrong, because it is a plant with great medical potential. Maybe my photos and other series that have been done may help to educate people a little. I think that the most important thing is to be informed and educated, and to spread respect for [the plant].