Now Reading:culture | We marched with 100,000 people in Colombia for cannabis reform 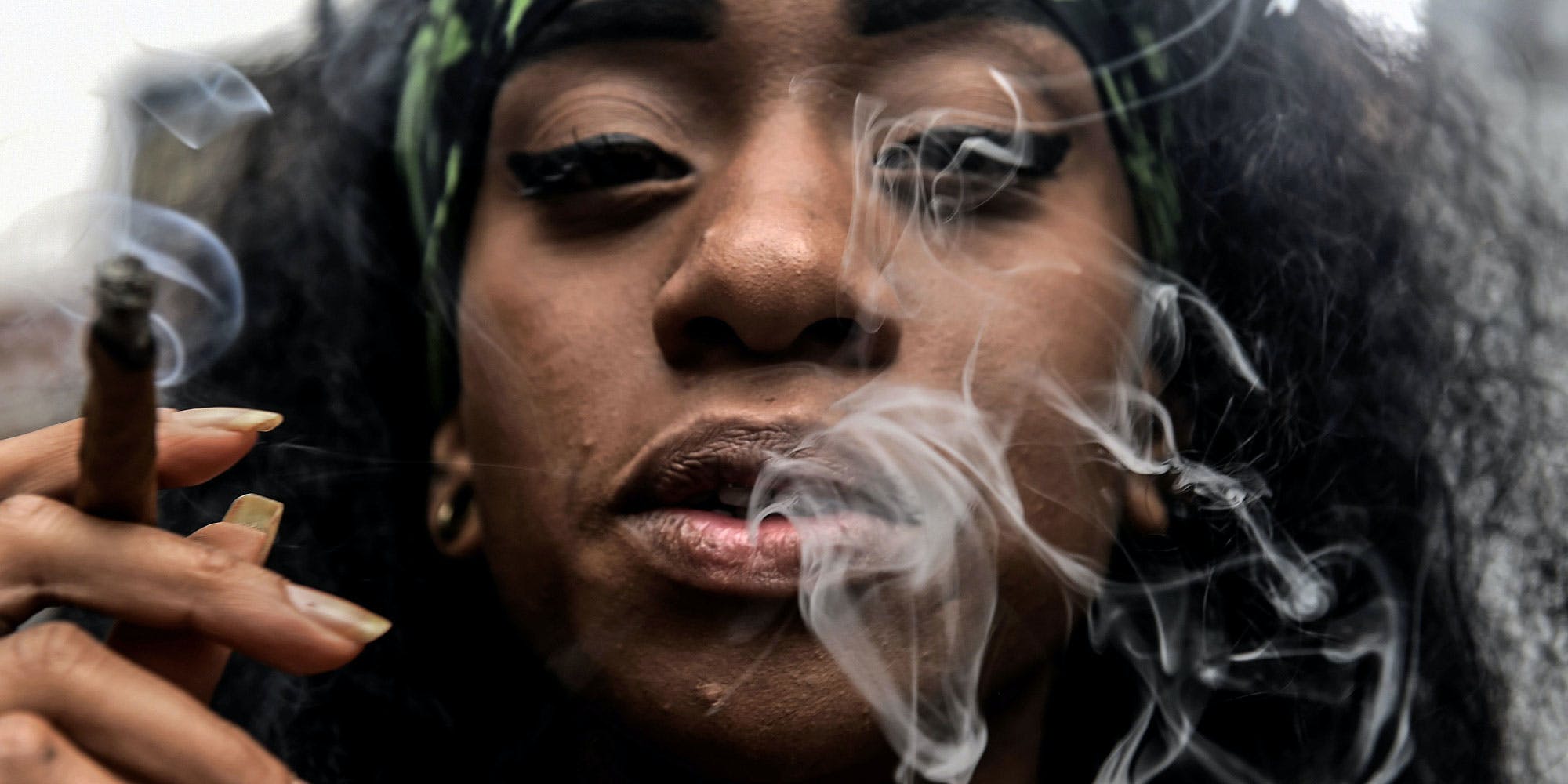 A woman smokes a joint during a rally demanding the depenalization of marijuana, in Medellin Medellin, Antioquia department, Colombia on May 5, 2018. (Photo by Joaquin Sarmiento/ AFP/Getty Images)

We marched with 100,000 people in Colombia for cannabis reform

The rally was a part of the global “Marijuana March,” with similar events taking place around the world.

On Saturday (May 5), more than 100,000 protesters gathered in the downtown core of Medellín, Colombia, a gritty valley of street markets, shopping centers and thronged traffic underpinning the city’s swollen green mountain range. Above the crowd, cannabis smoke replaced the thick layer of pollution that normally rises from the city’s teeming buses, taxis and motorcycles.

This year marked the 10th anniversary of Medellín’s participation in the Global Marijuana March, a hybrid between protest and celebration that stretches around the world from Colombia to Spain to Canada. After New York City orchestrated the first Marijuana March back in 1999, other cities began launching their own versions of the event on the same day. Now, on the first Saturday of every May, cannabis advocates around the world gather in solidarity to smoke cannabis, protest the injustices of prohibition, and blow off steam.

Some, like prominent Colombian cannabis activist David Ponce, attended the Marijuana March with a megaphone in hand, sermonizing on the horrors of Colombia’s War on Drugs and demanding the basic personal freedom to use cannabis. Others mostly showed up to smoke weed out of fruit.

In Colombia, cannabis laws are somewhat complex. In late 2016, President Juan Manuel Santos officially legalized medical cannabis. But the government currently only allows cultivators to deal in medical cannabis extracts and oils, not actual flower. And while citizens are permitted to grow up to 20 plants for personal use in their own homes and possess up to 20 grams of cannabis flower, recreational cannabis remains illegal.

For many protestors in Medellín and the rest of Colombia, legalizing cannabis has as much to do with personal freedom as it does with reckoning with the country’s violent history surrounding the illegal drug trade. Cannabis advocates believe that that prohibition has mostly victimized Colombia’s vulnerable population, such as poor farmers who often rely on the crop to make a living. These farmers have also long been extorted into growing marijuana by violent guerrilla and paramilitary groups who depend on the illegal drug trade to fund their operations.

During the Marijuana March in Medellín, the phrase “no to drug trafficking and yes to self-cultivation” was among the most popular rallying cries. The two-kilometer march was orchestrated so that the crowd could gather in Parque de las Luces for 4:20 pm.

A number of parade-style floats made their way through the crowd, supporting various cannabis-related causes and playing music through giant speakers. Those in attendance commemorated the event by smoking joints (or “porros”) the size of Louis V Sluggers, walking around with giant cannabis plants and fashioning papayas, coconuts and other fruits into pipes.

Some took advantage of the Marijuana March by selling pre-rolled joints, blunts, and even individual hits off of joints so large they required two hands to hold. Others came clad in cannabis-themed costumes or walked through the crowd with plates overflowing with cannabis flower. No matter where you looked, the Marijuana March in Medellín reflected the reality that Colombia—a country with perfect natural outdoor growing conditions—is home to some of the most inexpensive cannabis in the world.

Aside from a few in attendance who capitalized on the lawless atmosphere to paint graffiti on city buses immobilized by the crowd, the Marijuana March was a day of celebration and a peaceful protest of Colombia’s ongoing prohibition of cannabis. But the laid-back atmosphere changed when, at roughly 4:35 pm, the crowd began running from what appeared to be an instance of conflict. As protestors fled through the streets, falling over each other and ducking for cover, shop owners raced to shutter their stores.

Unfortunately, the source of the panic remains uncertain. As far as anyone knows, there may not have been any conflict at all—just a crowd of 100,000 cannabis advocates who, after celebrating 4:20 in earnest, slipped from ecstasy to paranoia.