Mr. Nice is named after one of the most prominent cannabis smugglers of the 1970s. Mr. Nice is an Indica marijuana strain descended from G-13 and Hash Plant. Mr. Nice is a great choice for stress, leaving you relaxed and ready to sleep. 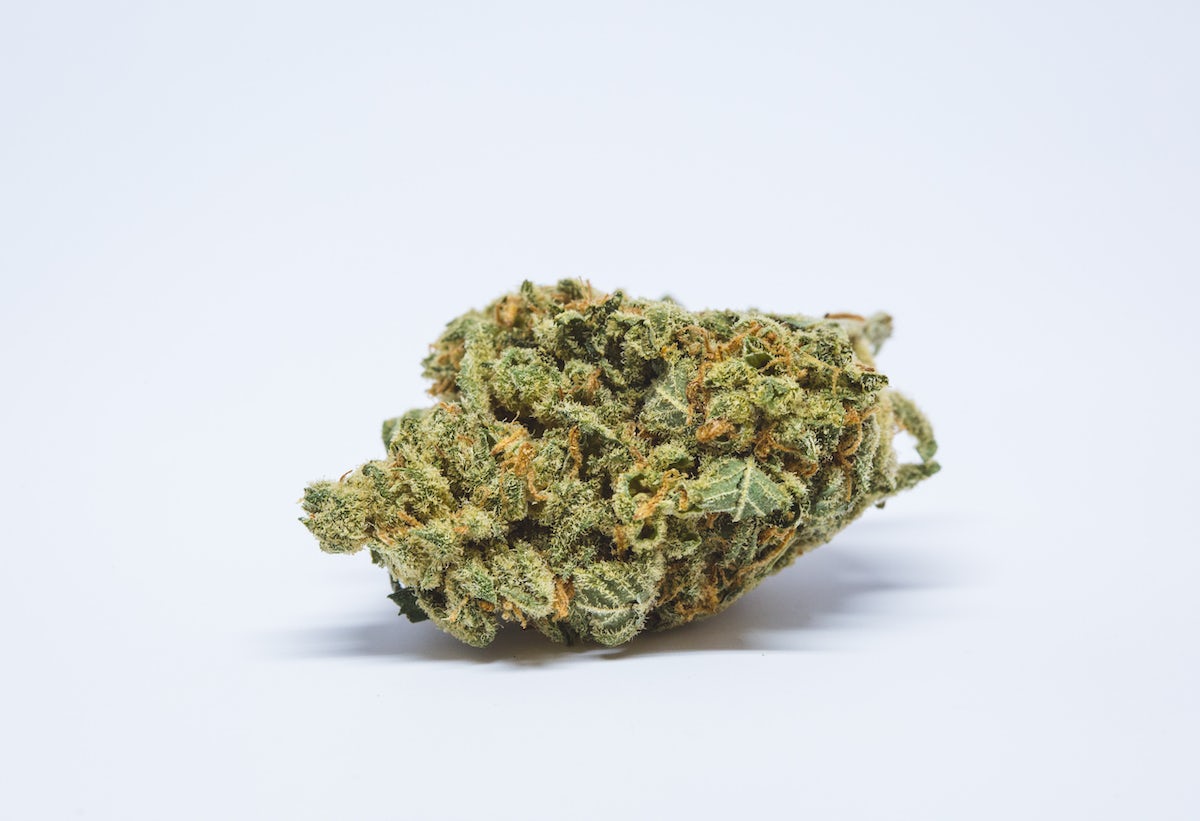 There is no strain more appropriately named than Mr. Nice. Not only is this flower the perfect way to pay respects to the late smuggler Howard Marks, but it’s happy and relaxed nature extends a friendly hand to cannabis consumers of all sorts. Excellent for headaches and stress management, this strain eases pain while inspiring plenty of smiles and laughter.

This is a strain with a story.  It’s named after Howard Marks, a Welsh cannabis smuggler active in the 1970s and 1980s. At his height, Marks smuggled shipments as high as 30 tons of marijuana and hashish. He was finally caught and extradited to the United States where he underwent trial. He was imprisoned for 7 years.

After release, he published his best-selling autobiography, Mr. Nice. He continued to be outspoken about cannabis and became one of the most well-known activists around. To pay respects to Marks, breeders at Sensi Seeds decided to name a strain in his honor. Mr. Nice the strain was born.

The Mr. Nice strain would be a great selection for a relaxed dinner party or social gathering with friends. This strain can cause some serious giggle fits, ensuring a pleasant time filled with all sorts of silly shenanigans. the strain is sedative and drowsy, which means that it is not the best selection for activities that require some get-up-and-go.

An award-winning flower, Mr. Nice often boasts between 15 and 20 percent THC. Samples with a higher THC percentage are recommended for consumers with more cannabis experience. Novice to moderate consumers can get away with trying strains with 15 percent THC or less, though this might still pack a punch for beginners.

This strain is famous for its relaxed and happy vibe, though the effects are known to creep up on you. The silly and sedative experience is nicely complimented by a sweet woody scent that is reminiscent to a forest floor. Mr. Nice can also express a skunky pungency, giving this flower a truly unique aroma.

Having some snacks on hand is highly recommended before partaking in Mr. Nice. This strain is known to stimulate appetite and inspire a joyful and pleasant euphoria. Smoke a little too much, however, and this flower can put you to sleep. Mr. Nice is a strain for winding down, relaxing, and bonding with friends and family.

This strain was cut from G-13, which has a mysterious story of its own. The herb is thought to be an escapee from a government cannabis breeding operation. So, as a G-13 offspring, this strain is very fitting to Mark’s situation. With strong Indica heritage, you can count on this strain to make you drowsy. You’re probably better off saving this strain for the evening.

Mr. Nice is instantly recognizable for a flavorful and inviting scent that will fill the room. This strain has a fruity aroma which is described as walking through an orchard. The taste of this strain is also fruity and sweet with earthy undertones.

Medical cannabis consumers often pick up this serene flower for pain, sleep, headaches, and stress management. While Mr. Nice does uplift mood and cultivates a positive headspace, it also provides a comforting body high that relaxes muscles and makes it easier to sink into the couch after a long day.

Cannabis For You, Near You
Join the Herb community and get exclusive offers, early access to products, and good vibes.
September 02, 2016 — Last Updated
Written by Anna Wilcox