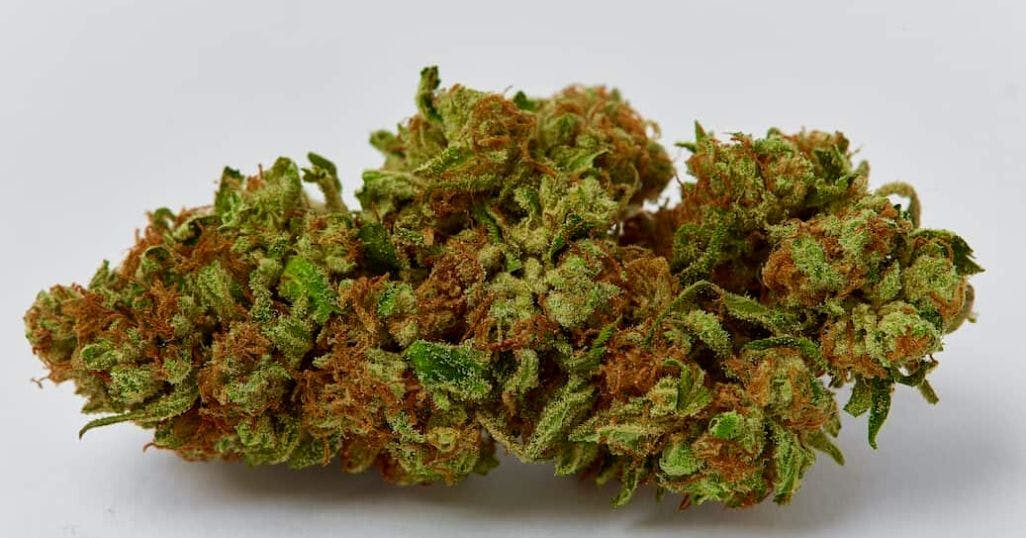 If you like strong weed, you’re in for a treat.

Sometimes, even the most powerful strains can shock a seasoned user with wickedly high THC levels. We’re talking about the Gruntz strain, made by crossing two other fan favorite strains that cannasseurs know and love.

Are you looking to get so high that all your words turn into Gruntz? If so, read on to learn more about this delicious and wildly strong strain.

This Indica-dominant hybrid strain is a cross between two of the most flavorful strains known to man, Zkittles and Gelato.

This strain is most known for providing a rich THC-induced high, thanks to its whopping THC content that ranges from 25-32%. My jaw is on the floor just writing that.

Although this strain is an Indica-dominant hybrid, its effects lean way more toward the Indica side. That’s probably due to the Indica nature of its parent strains.

The buds on Gruntz are dense and covered in trichomes, with a sweet grape aroma.

Due to its relation to Zkittles, Gruntz boasts a spectrum of colors from green, purple, and orange. Plus, the buds are very compact; you’ll have to use some force to break them apart.

This strain has an extremely pungent smell and a strong taste, so it is not for the faint of heart. That delicious and earthy flavor is cherished among seasoned cannabis users.

The Gruntz strain is known for its couch-locking effects, so be prepared to stay in one spot for a while.

This strain is also known for its munchies-inducing properties, so make sure you have some snacks on hand before you start smoking. More specifically, the Gruntz strain is known for easing conditions like;

While also providing a boost of energy and creativity, the Gruntz strain is also said to be great for pain relief, making it a popular choice among medical marijuana patients.

If you’re looking for a top-quality cannabis strain that can offer some serious benefits, then be sure to give Gruntz a try.

You won’t be disappointed unless you were looking for a weaker strain with a smaller THC content. For those familiar with powerful strains, Gruntz smokes like a dream come true. So sit back, relax, and enjoy the ride.