Now Reading:learn | This Engineering Masterpiece Lets You Smoke a Bowl and Chug a Beer Simultaneously 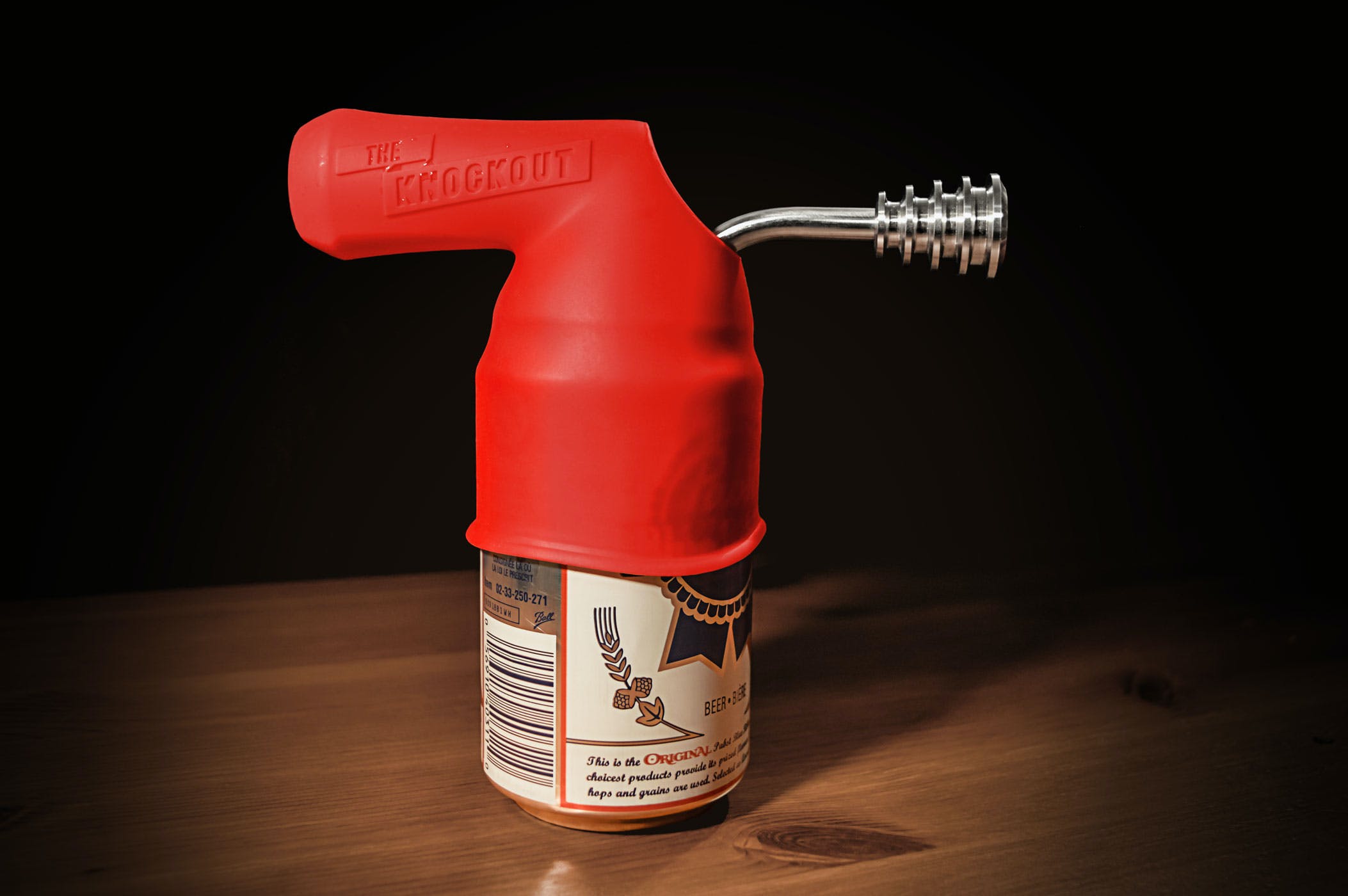 The Knockout might just be the most versatile bong on Earth.

Canada is a big, cold and desolate place. Seven months of the year, the entire country is nearly devoid of joy. But in these cold, dead winters people come together… usually to get drunk and smoke weed. For one group of friends, these circumstances invited a challenge: is it possible to take a hit of weed and chug a beer at the same time?

“Originally, we were just trying to make something to chug a beer real fast,” says Alex Mullen who is a co-creator of The Knockout, and currently manages the business.
With engineering backgrounds, The creators of The Knockout were uniquely skilled in designing the ultimate intoxication tool.
They knew that a straw in a beer bottle creates a low-pressure environment inside the bottle, forcing air and beer through the straw. This is the way all beer bongs and other chugging aides work.  But partiers have known to put a straw in a beer to make it easier to chug for decades. The real breakthrough came when the group noticed an inefficiency in that process.

“We thought, what if instead of air, smoke went through,” Mullen says.

So, they slapped a one-hitter bowl at the of the straw, and the Knockout was born. They didn’t think anyone had done this before, and they were pretty psyched. But after, “thoroughly testing the product,” according to Mullen, they saw it could turn any glass bottle into a bong. Then they realized they had a disruptive invention on their hands. That was four years ago, and the Knockout has enjoyed a steady following ever since.

Almost immediately after they perfected the first Knockout, they started thinking about how to get the same results with a can. But the group’s background in aviation and engineering had hit a dead end, so they brought on an industrial design house.

In only three tries the team put together the Knockout XL, which works the same way as the original Knockout except the bottom piece stretches to fit over cans, mason jars, and the group’s personal goal: the Red Solo Cup.

“We knew if we could get it over the Solo cup, we were golden,” says Mullen.

The new Knockout team has added a handful accessories, like a bowl piece that screws on the end of a straw for more convenient bong use. They’re also working on a piece that will let people use the Knockout for dabs. Chugging a beer and taking a dab would be another first, as far as anyone can tell.

You can look to the sun-swept Californian streets for the next hot app. Up in Canada, they’re focused on the inventions that matter.