Apparently, Conan O’ Brien would rather not catch a contact high, and so he decided to hook the Doggfather up with his own trailer. 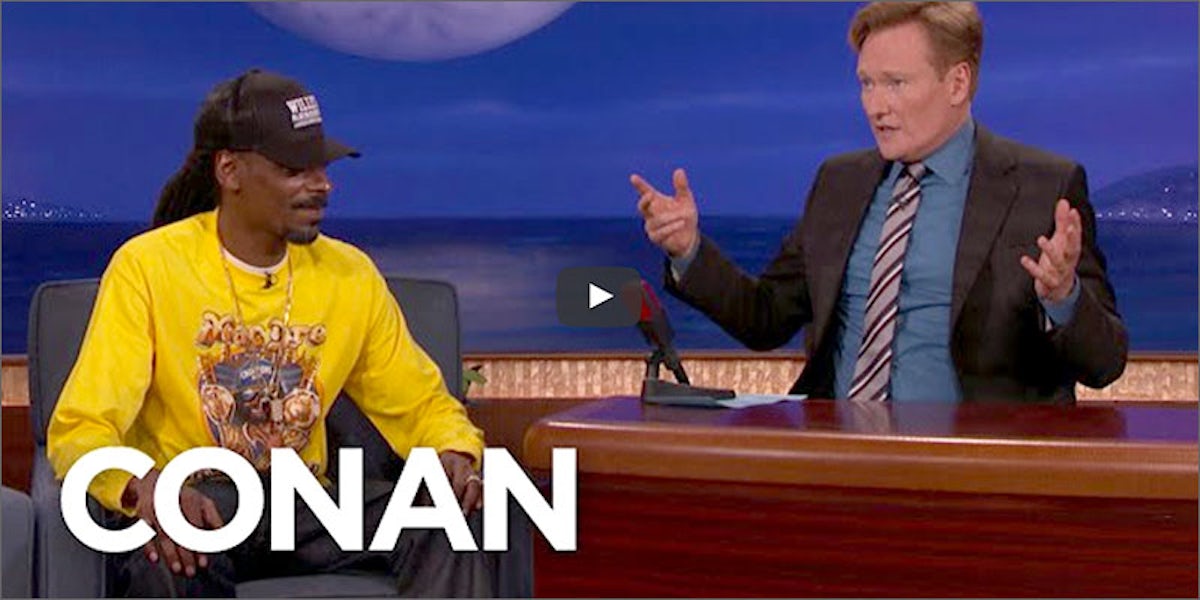 Who smokes so much weed that he needs his own trailer just so that he can blaze? That would be Snoop Dogg, of course. A few days ago, the Doggfather sat down to chat with Conan O’Brien. To keep him from smoking on set, Conan hooked him up with an off-site trailer to hotbox at his leisure. The best part of all, there are no smoke alarms. As long as Conan’s show has been around, only two people have been blessed with such a luxury. So who is this other mystery person you might ask? Be sure to check out the video below to find out.

It’s no secret that Snoop Dogg loves his pot. In fact, you could probably get high just by sitting next to him. Apparently, Conan O’ Brien would rather not catch a contact high, and so he decided to hook the Doggfather up with his own trailer. Off-site, of course.

Why the special treatment? Well, it turns out that Snoop and his smoke clouds have caused some problems in the past,

Unlike most of our guests, who stay within feet of the stage, we’ve had some problems with ventilation in the building when you and your entourage show up. So in preparation for your coming, we set up your own trailer, which is really far.

Snoop was more than okay with that,

I love it. I mean, the fire alarms don’t work. It’s beautiful, man.

But Snoop isn’t the only one that Conan has done this for, he says. As long as the show has been on the air, one other person has had the same type of setup. That person happens to be Willie Nelson. Go figure.

Enjoy the latest and greatest from Herb, enter your email below to get exciting cannabis updates delivered to your inbox.
July 15, 2017 — Last Updated December 20, 2019
Written by Brittney Sanger