Now Reading:culture | How to Find 420 Friends in an Illegal State 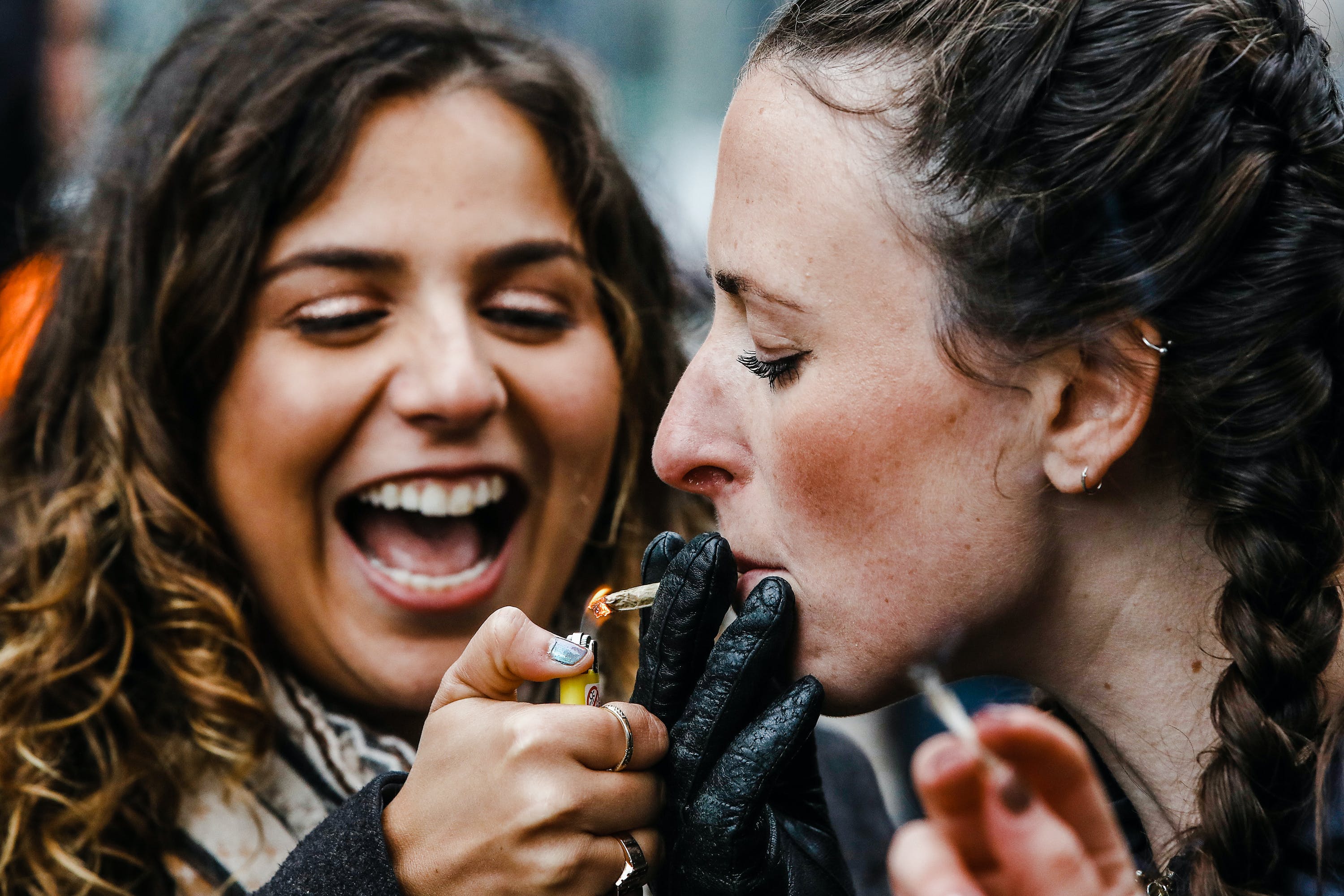 How to Find 420 Friends in an Illegal State

You don’t have to live in Denver or Los Angeles to find 420 friends. There are like-minded folks everywhere.

With legal weed now available from coast to coast and our friendly neighbors to the north inviting us to Canada as canna-tourists, it’s easier than ever to just plan a 420 trip where you don’t have to worry about getting awkward glares or tip-toeing your way through conversation just to find some weed. But despite the spread of legalization across the country, the harsh truth is that you may still find yourself in an illegal state and looking for 420-friendly people to hang out with. Where do you find such people? How do you even begin to approach the subject in a state that’s still locking people up for a plant? It’s a lot easier than you might think.

Now, you’ll have to be careful if you’re going to take this approach, but it’s one of the easiest ways to find 420 friends. Go somewhere in your city that’s known for being laxer—a hike, the beach, and, of course, concerts. You know that if you light up, sooner or later the people on your wavelength will ask if they can take a toke. And there’s no better way to find 420 friends than by sharing the thing you both love most. (Here’s Herb’s guide on how to smoke weed at a concert.)

Stay in a Hostel Not a Hotel

If you’re traveling and your ultimate goal is to find 420 friends then the best thing you could do is ditch the fancy hotel for a hostel. Unlike hotels, where you spend most of your time in a private room, closed off and anti-social, hostels force social interaction. Whether it’s the people you’re sharing a room with or the guests that have gathered in the kitchen to share the breakfast they just cooked, hostels are a great place to meet new people and one of these open-minded individuals is bound to be 420 friendly. Which brings us to our next point.

Starting a conversation about weed has never been easier. With Canadian legalization still fresh in the news cycle and so many more states following, just bringing the subject up as a current event could be a good way to gauge someone’s feelings on the subject. Bringing up other subjects like movies for herb lovers or the state of California, in general, is also a good way to work your way around to the subject.

Ask For A Lighter

Smoking is one of the most social activities you can do, simply because smokers today are often forced into the same corner or gathered outside the bar. If there’s one thing all smokers have in common it’s that none of us ever have a lighter, so asking the most common question possible is a good way to break the ice and eventually turn the conversation to weed. If you’re going to a bar, keep a joint in your pocket or, if you want to always be prepared, get a one-hitter that looks like a cigarette. That way you’ll never miss out on an opportunity to find 420 friends.

Whether it be a badge on your backpack or some canna-leaf socks, wearing something that identifies you as cannabis friendly is a near sure-shot way to find 420 friends. It doesn’t have to be tacky either, there are plenty of classy weed fashion options out there.

You could just spend your time swiping through Tinder searching for someone who has “420 friendly” in their bio, but why not go for a sure thing? There are quite a few dating apps out there for 420 friendly people like 420 Singles, 420 Friends and High There. High There appears to have the best reviews of the three, acting something like a social media/dating app hybrid. Alternatively, you could turn to Instagram, or the community at Herb, we’re a friendly bunch and there are millions of us around the world. We’ll smoke you up.

We’re not saying that you HAVE to spend money on 420, but it is the biggest day for stoners and brands know it. This is why they usually have the best deals and discounts on 420. So if you want to restock or want a new piece of glassware, 420 is the day to buy it!

If you go to a dispensary, they’ll probably have either an event planned or just a lot of people there. Great opportunity to meet someone and light up.

If you’re in a shopping mood, take a look at our guide with the best 420 weed gifts of this year.