The First Card Game for Weed Smokers has Arrived

And it’ll get you real high. 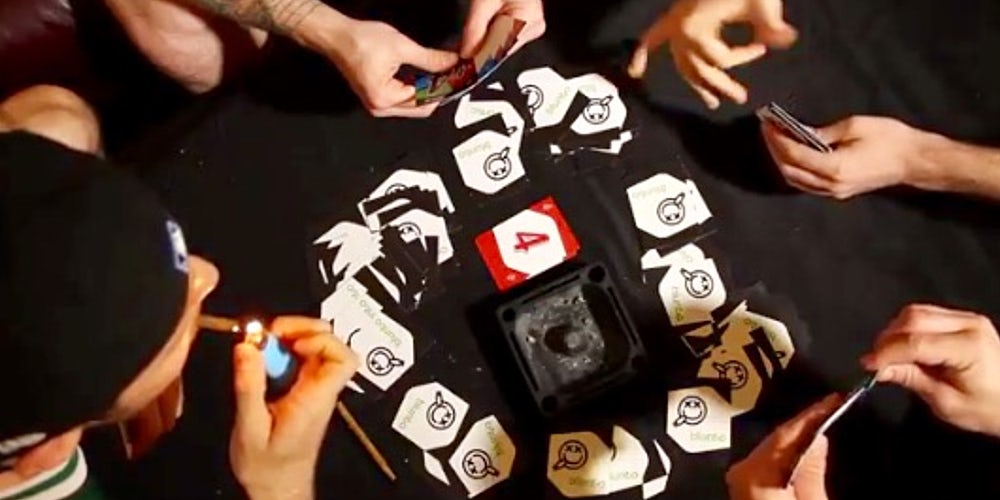 For the most part, people enjoy having a couple of drinks while they play a card game. Not weed smokers though. They much prefer bud over cocktails. Unfortunately, the card game market has always lacked options that are dedicated to this particular crowd. But not anymore. Creator Josh Foxx is bringing the weed community Blunto, the world’s first smoking card game so that they no longer have to feel left out.

Hit it, hold it, pass it, and play

One of the most beloved card games of all time is Uno. If you’ve played it, then you know all about the sweet revenge of hitting someone with a draw 4. Also, you know how fantastic it feels to yell out “Uno!” and slam down your winning card like the champ that you are. Blunto is like Uno…for blunt smokers. And it’s about to become your new favorite card game.

The man behind the world’s first smoking card game is Josh Foxx.

“So many people today prefer cannabis to cocktails, but the card game market has a big hole in it, and Blunto is here to fill that need,” Foxx said. “It will change the way you smoke marijuana socially with friends.”

So, how does Blunto work exactly? Well, to begin with, you’ll need the essentials: pre-rolled blunts, an ashtray, and a lighter. Oh, and of course the deck of cards, which you will spread out into a circle, placing the blunts and what not in the center.

As for the number of players required, the game works best with three to six people. But there’s no harm in letting a couple more join in. Once everything is in order, each player will then grab seven random cards from the circle. Whoever is newest to the game will be the one to flip over the first card and kick off the fun.

“Give me the blunt!”

Before you’re able to smoke the blunt, all four colors must be played. And whoever lays down the last color gets to spark it. There are also special command cards, which gain you ownership of the blunt, but not without saying “Give me the blunt!” first.

One of the special commands is “deuces,” which allows you to either take two hits off the blunt and pass it back to the person who had it or make a player draw two cards. But if the blunt isn’t lit at the moment, then you can’t force anyone to pick up more cards. And the two hits aren’t always guaranteed, either. If the person after you so much as changes the color before you have the chance to puff, puff, pass, then the blunt goes to them and you’re left to sit there and pout.

Another special command is “skip,” which not only gets you the blunt but also skips over the next person. Also, there’s “reverse,” which reverses back to the person before you and allows you to take the blunt at the same time. Finally, you have the “wild card” that’s used to change colors. This card also gets you the smoke.

Like Uno, the game will go on and on until someone smacks down that final card and yells “Blunto!” and wins the game. But it’s important to note that someone else can beat the winner to the punch, even if they aren’t down to their last card. So long as they say “Blunto!” they win. And whoever wins gets to be called “The Big Chief,” who will then start “The Blunto Salute” with the remaining players.

The Blunto Salute involves bringing your hand from the table to your forehead as fast as you can as a player lays down their final card. The last person to do so, judging by the winner, becomes the loser, aka “The Big Fiend.” Not only do they have to clean up the cards for the next game, but they also get last dibs on the blunt if there’s any left. Of course, the Big Chief gets it first, then the other participating players.

If there happens to be a right amount of smoke left, then, by all means, feel free to pick up seven more cards and keep playing. Or, roll up another for the hell of it and start over again.

Get 20% off premium weed and discover the latest products, news, and deals in cannabis.
January 31, 2018 — Last Updated December 04, 2019
Written by Brittney Sanger